Watching the Pacers vs Wizards play-in game should be a criminal punishment. Don't want to pay a ridiculous speeding ticket? Watch teams without a shot, compete for nothing. The average NBA fan couldn't name 3 healthy starters on Indiana's roster. You do get to see Bradley Beal and Russell Westbrook, that's a plus. BUT, then you realize it's the play-in game. This product should be a criminal punishment, but for you, it doesn't have to be. TONIGHT you have the best reason to bet on the Pacers - $$$

The Pacers have not been doing so hot as of late. Everyone in the locker room is injured or busy hating his teammates. Then people went into full panic mode before Tuesday's game and hesitated to bet the Pacers when they announced Carris LeVert was out indefinitely. Godspeed to LeVert, but without him, the Pacers still completely smoked the Hornets by almost 30 points. Give me 12 TJ McConnell's and I'll win you a damn championship.

The Pacers roster can play deep, especially after dealing with the loss of Oladipo to injury the past few seasons. Indiana doesn't have the talent (especially missing starters) to compete with the top 1-3 seeds in the NBA, but the Pacers can run any of the lower seeds out of the gym. Washington's star power with Beal & Westbrook has been EXTREMELY DIFFICULT for the Pacers to match up with in the regular season, but if the Pacers shoot as they did against the Hornets, this Pacers TEAM comes out with the W. I loved the Pacers in the first game, this will definitely be much tougher, but at least you have a reason to watch the Playoff Pacers. 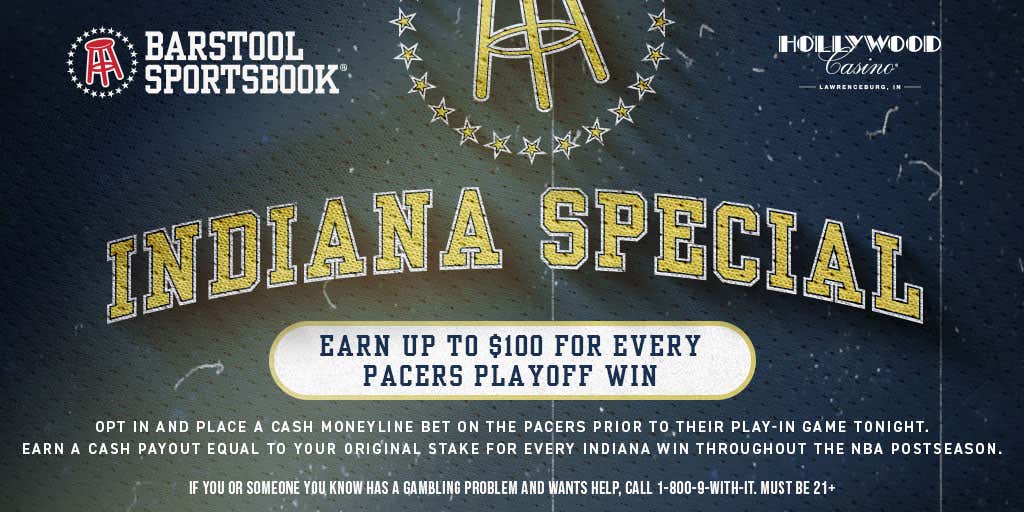