Source -  Coronavirus has wreaked havoc on nearly aspect of our lives - including the way we are having sex.

Searches for positions which do not require face-to-face contact have increased in numbers compared to before the virus struck, research shows.

Placing third on the list of searches for non-face-to-face positions was the 'spooning', which also had 18,100 searches, up from 14,800 in January.

The 'wheelbarrow' in fifth was searched for 880 times, up from 590 times in January.

The term 'sex positions' has been Googled 2.7 million times in the last month alone.

For those of you who don't read words in paragraph form, here's a chart: 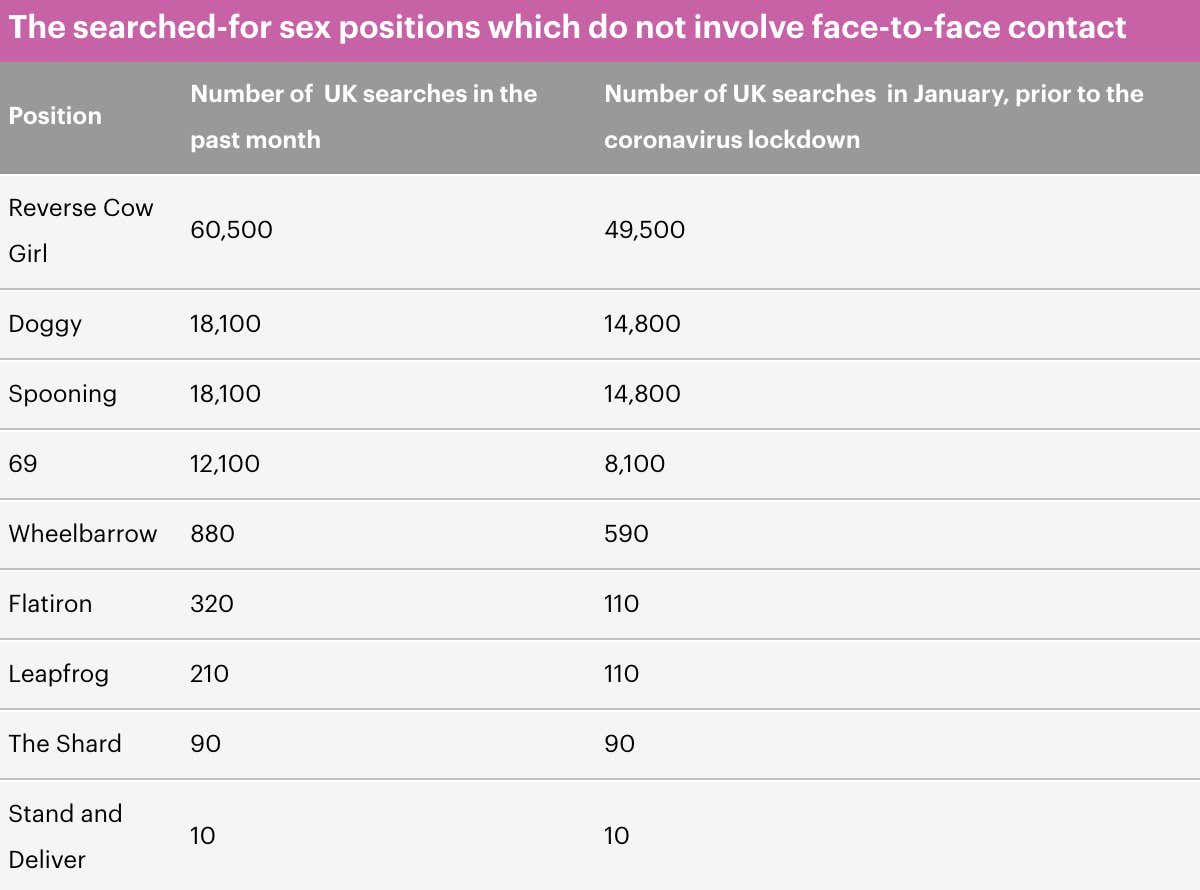 I started getting a little confused at wheelbarrow and was completly lost by stand and deliver. Lucky for me there's urban dictionary…

Kind of strange to jerk off to a critically acclaimed movie based on a book originally published in 1977, but I'm not here to yuck someone's yum. I'm just here to provide the numbers and let you draw your own conclusions.

Some others you may have been confused about…

This easy position is a simple variation on missionary. Coined by the sexperts at Ann Summers, this mind-blowing take on missionary involves lifting your legs as high as youcan. Using you for support, your partner then leans on your thighs while you rock back and forth together.

The leapfrog position is an interesting variation of doggy-style, rear entry sex. To get into this position, the receiving partner squats down rather than getting into regular doggy-style position on all fours. The receiving partner lowers their forearms to the ground and raises their rear so they can be penetrated by their partner from behind. 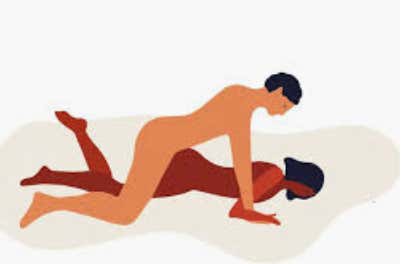 And the Lucky Pierre (not featured): 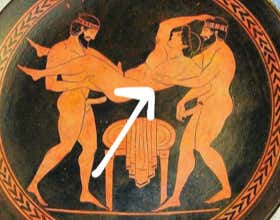 All the others I know. Apparently searches were up because Britain ordered couples who lived apart during lockdown to abstain from sex. Which would explain why people were trying to find loop/butt holes in their internet searches. I'd be curious to see what the American numbers were. Chances are they were probably the same. Oh well. Weird blog. Stay safe out there. Abstinence is the only way to heaven.