Source - Another huge victory in court for Robert Kraft ... video allegedly showing the Patriots owner receiving sex acts in a massage spa has been ruled INADMISSIBLE once again.

The 79-year-old's dream team of attorneys had successfully argued last year that Feb. 2019 footage of Kraft inside a Jupiter, Fla. day spa violated his rights and should NOT be allowed to be used in the case against him. ...

On Wednesday ... judges sided with the New England owner -- saying in a lengthy opinion that cops screwed up in the way they went about recording video inside of the spa.

In the opinion, the judges say Kraft -- and others who received legitimate non-sexual massages -- had a reasonable right to privacy inside the facility.

The judges also say officers didn't do enough in their surveillance to protect those innocent people who were inside the spa getting perfectly legal massages.

Prosecutors now have the option to appeal yet again to a higher court ... but this is likely the last stop.

In other words, seems the footage has been officially blocked for good.

I could say that this is yet another great day for my very good friend RKK. But that would be to diminish what this truly means. This is a great day for America. For the rule of law. For all of us who have the right to equal protection under the law and a legal right to privacy.

It's appalling that it had to come to this. But fortunately all citizens have a champion with the financial means and, more importantly, the will to stand up to injustice and fight for all of us. For anyone who might be falsely accused of a crime. For our fellow citizens who went into a legally licensed and state-regulated business only to be videotaped in various stages of undress without their knowledge or consent. But also for victims of prosecutorial overreach, as RKK was and continues to be.

Bear in mind what I've been saying from the very day this story broke back in February of 2019. This isn't about law enforcement as much as it is about politics. There is no more political animal in the world than a District Attorney. Every one of them is looking for that major score. That high profile case that will get them face time on the local news and in the newspapers that people in their 70s and above who vote in disproportionate numbers still read. The most dangerous place in the world is between a DA and bank of microphones when there's a case involving sex or a famous defendant.

These will trample upon the actual prosecutors who handle court cases every day just to be seen furrowing their brows and showing concern for YOU, the registered voter. For the benefit of Joe Sixpack and Jane Soccermom, who must be worried sick about what's going on between consenting adults behind the closed doors of that business in the middle of the strip mall they never noticed before. 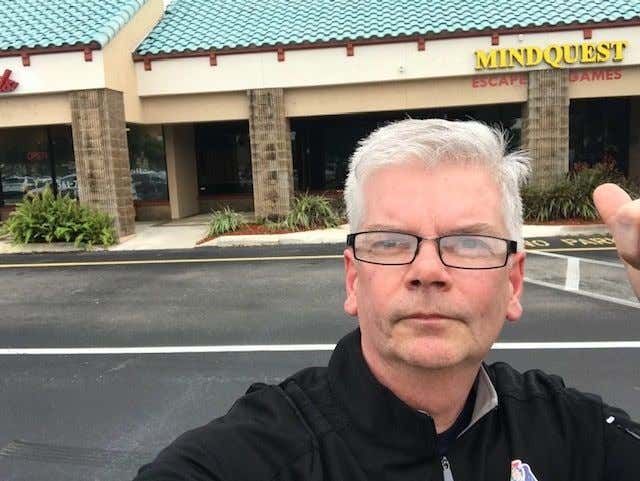 In this case, they shamelessly embellished the actual misdemeanor crime that took place with wild tales of human trafficking and kidnapped young women being held against their will. Tales which were the basis of bringing felony charges, despite being inconveniently completely made up by the grandstanding elected officials.

Well they made one mistake. And it wasn't lying about the whole thing. It was messing with the wrong bull, and getting the horns. Mr. Kraft was not a man who would just take the path of least resistance and back down. He chose to fight. And risked keeping this story in the news, damaging his reputation. But what he proved instead is that when you stand up to a bully, they don't want the attention. So this story has by and large faded into obscurity through each successive court victory. It's been 16 months since I went to personally talk to the Jupiter, FL police and Martin County Sheriff William Snyder.

Both turned me away. I left messages for both. And as they say, when the phone don't ring, I know it's them.

So congratulations for all of America for this win today. And now as Michael Corleone put it in his Senate testimony, I challenge the State of Florida to produce any witness or evidence against RKK. And if they do not, I hope they will have the decency to clear his name with the same publicity with which they now have besmirched it. But like with the Jupiter PD and the sheriff, I won't hold my breath.