Big day today for the Jesuit community here in Chicago and abroad. And the God Squad overall. The face of the program, Sister Jean officially turns 101 years young today.

There's arguably no bigger Nun in the game right now. Especially in regards to this website. Sister Jean was basically passed the torch from Mother Theresa and never looked back. Loyola, and Chicago, are lucky to have her.

Loyola has been hyping the momentous occasion up all week, getting alums to post all the reasons they love Sr. Jean and all their favorite memories of her.

They also ran a pretty great timeline on her with some interesting facts.

Leaves her home in San Francisco for a two-day, three-night train trip to Dubuque, Iowa, to begin a six-month period as a postulant, or candidate, with the Sisters of Charity of the Blessed Virgin Mary (BVM)

Officially received into the BVMs, taking on the order’s traditional habit and her new religious name: Sister Jean Dolores

Professes her final vows as a BVM in Dubuque and is assigned soon after to teach at St. Charles Elementary School in North Hollywood, California. She starts a sports program, coaching women’s basketball, softball, volleyball, track, ping-pong, and yo-yo 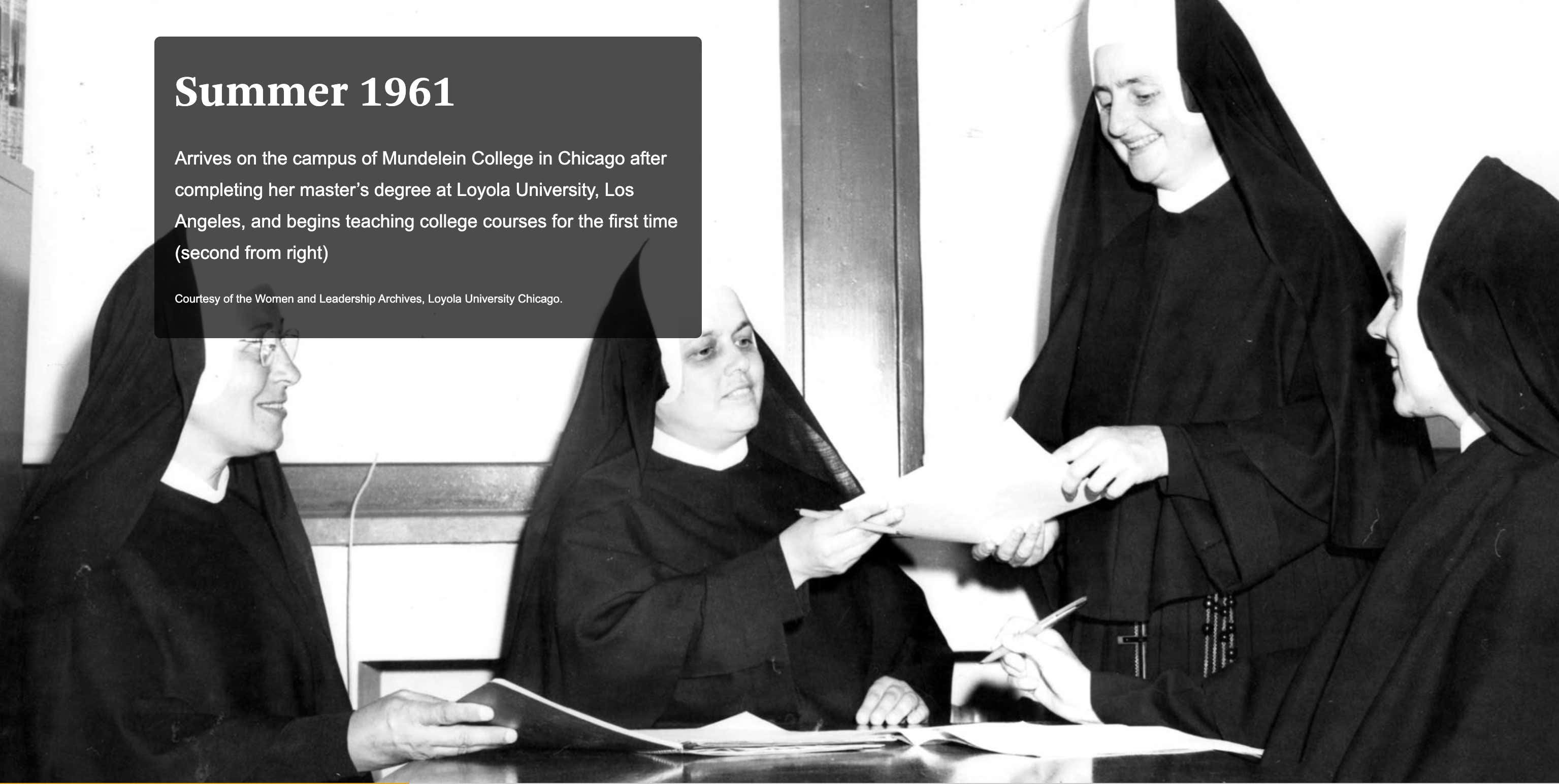 Named acting dean of Mundelein College for the next two years, in addition to already serving as associate dean and director of summer sessions

Serves as director of Coffey Hall for the next four years, adding another role to her growing list of titles 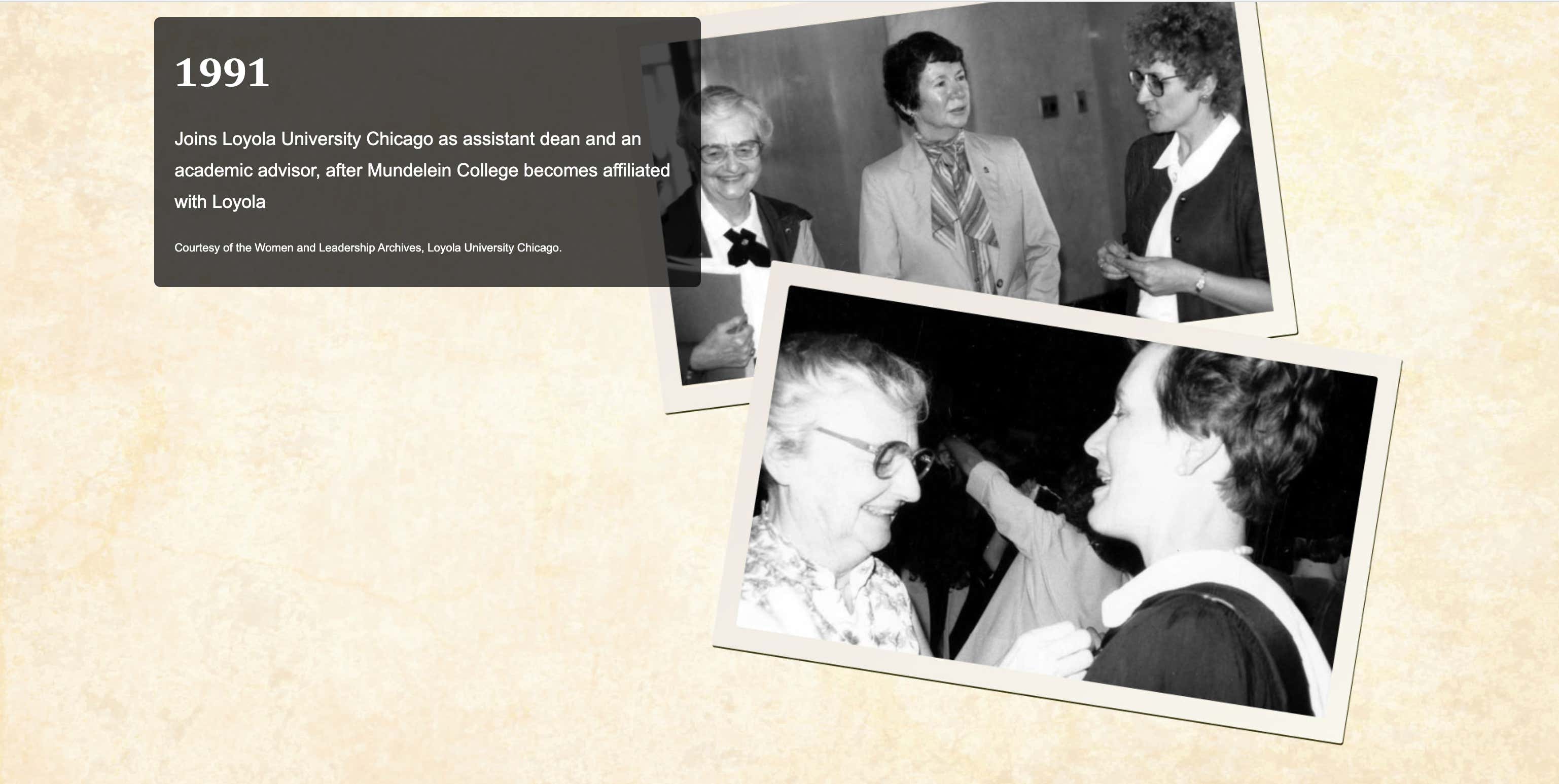 Begins a new role with the men’s and women’s basketball teams by helping the players keep their grades high enough to remain eligible to play, calling herself the “Booster Shooter”

"Booster Shooter" has a great ring to it.

Launches SMILE (Students Moving Into the Lives of the Elderly), pairing Loyola students with residents at the Clare, a retirement home next door to the Water Tower Campus 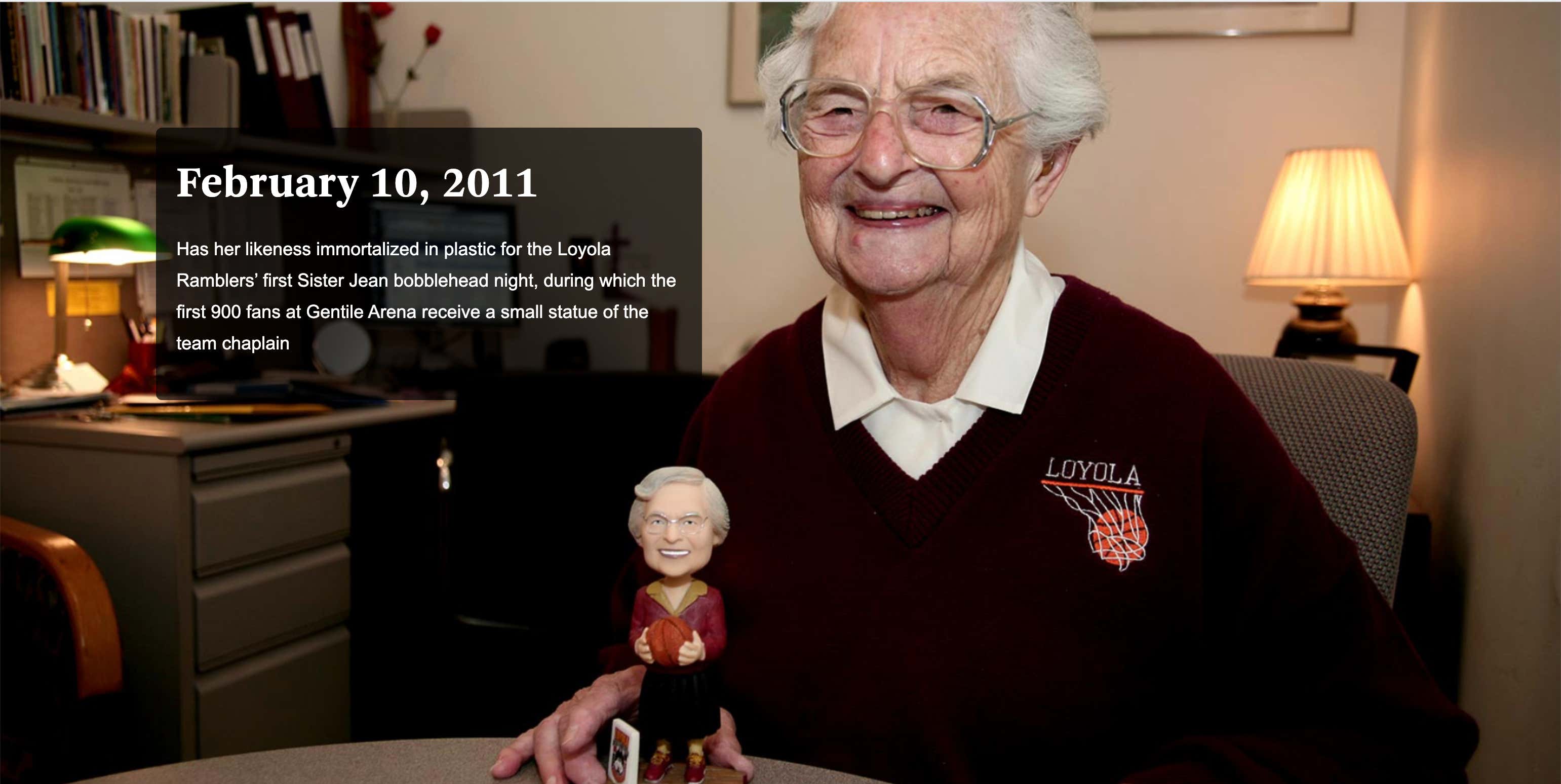 Officially occupies Barstool Sports Founder and noted "Michigan Man" Dave Portnoy's office during Loyola vs Michigan Final Four matchup. (It's not enough however as Loyola's magic runs out and the Ramblers come up short) 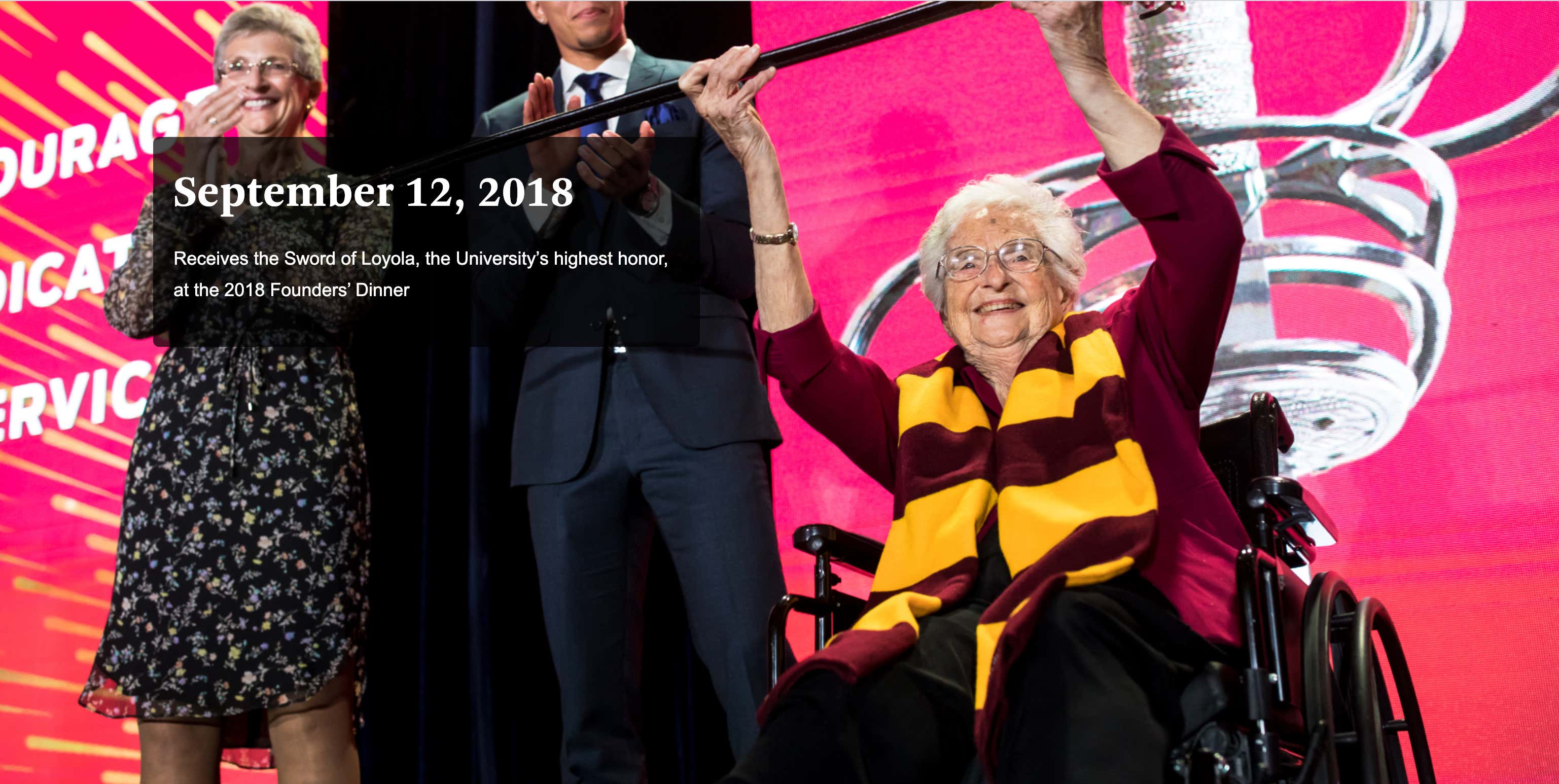 I'm not going to lie (especially on a blog about a living religious icon) and say I knew who Sister Jean was while I was at Loyola. I only knew a couple of the Brothers while I was there. And I was still traumatized from the Nuns at my middle school beating my ass that whenever I saw one on campus I made a swift u-turn. But it's been awesome to see her become such a celebrity over the last 5-10 years. She's done so much for the school, the surrounding Rogers Park community, and she's really helping to put the program somewhat on the map.

p.s. - They're throwing her a virtual party this afternoon if you're interested.

Since we can't celebrate with Sister Jean in person, we'll be celebrating virtually! Join us at 11 a.m. on Friday, August 21, 2020 where we'll hear birthday wishes from students, staff, alumni, and more. Sister Jean will also address attendees at this event. Register.

No, they didn't ask me to DJ it, but no hard feelings. Maybe next year for the 102nd Birthday.

p.p.s. - I got a chance to meet Porter Moser last summer when he came to Wrigley to sing the stretch. Could not have been a nicer guy. Definitely as advertised.

He invited me to come to a game this season (bummer) and sit next to the bench. I told him I would absolutely take him up on the offer but only if I could finally meet Sister Jean. I felt like a girl that uses a guy in the friend zone to get to his richer more popular friend. Forgive me.