Source - This anti-masker has found his hill to die on ... and it's inside a Marshalls. Check out this video from the discount department store in Campbell, CA ... the guy is shopping without a face covering, and he throws a fit when employees ask him to leave and launches into a homophobic rant. 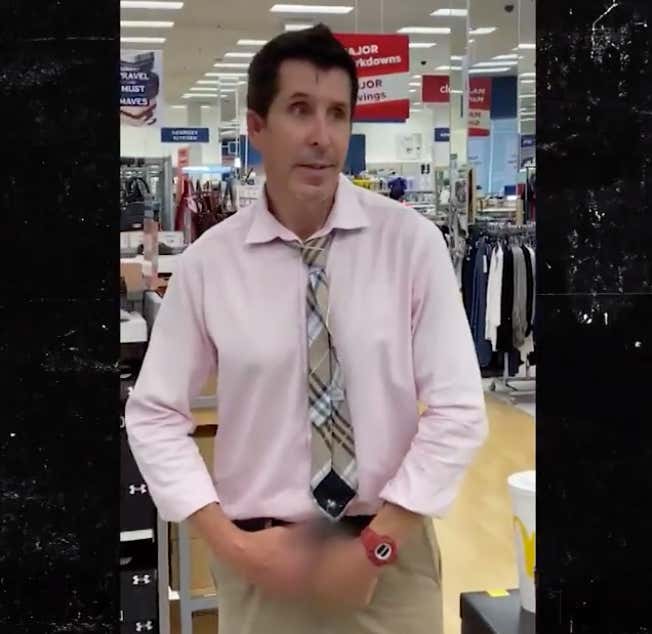 “You dumb fucking faggot, what’s your problem? What’s your dumb fucking faggot problem? You don’t know the law, that’s how stupid you are. It’ll cost you $75,000. It’s a health code violation to deny service based on someone’s disability. Do you want to look up the law? Do you want to look up the law first? And this faggot right here. He doesn’t know the law, he thinks he’s smart. Read Gavin Newsom’s law. If you kick me out it’s $75,000. Call the police. I’m gonna love this. It’s a $75,000 fine. Dumb Mexican doesn’t know….”

I think all we can do at this point is laugh, right? Clearly the pandemic has broken this poor man's mind. Clearly politics has gotten in the way of his common sense and CLEARLY he is not handling either of those things well. I mean who goes around dropping  "dumb Mexican faggots?" Who does that?! Yes, I would've like to see the dick un-blurred, but that's besides the point. This guy's brain is broken and those kids handled the situation perfectly. Just calm, cool, and collected. Waiting for their shift to end so they go home and relax on the couch. Another day in the life of the American retail worker. God bless everyone who's had to deal with this kind of lunacy at work. Take it away, Ray!