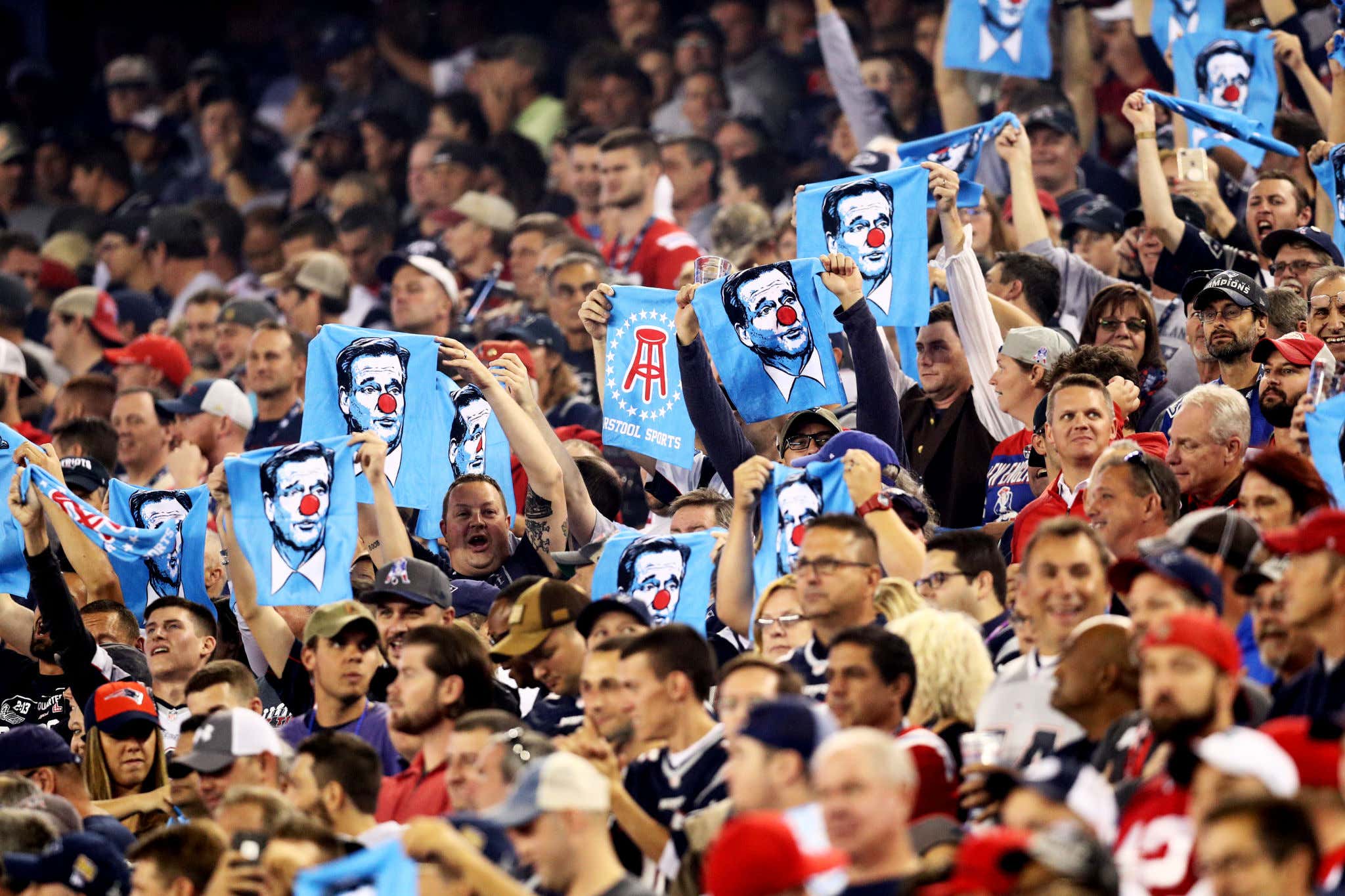 Press Release - Following consultation with the Massachusetts Reopening Advisory Board, Gillette Stadium officials learned today that we will not be permitted to host fans at any events through at least the end of September. As a result, the Patriots home opener on September 13 and the game on September 27, as well as the next three Revolution home matches on August 20, 29 and September 2, will be played without fans in attendance. We will communicate directly with our respective ticket holders regarding refunds.

Gillette Stadium fully supports the state’s position and this decision in the interest of public safety. We would have welcomed the opportunity to host fans in August and September, but are hopeful to do so later in the season.

Balls. All I can say is balls. I'm not even arguing with the decision or claiming it's all that big a deal in the whole vast configuration of things. At this point, we're talking about two Pats games: The season opener against Miami and the September 27th game, hosting the Raiders. The team's plan had been to allow 20% capacity, which by my math is just over 13,000 people per game. The way 26,000 people planned to spend a few hours on a couple of Sundays in September, isn't that big a deal when businesses are closing down for good. When my favorite local townie pub that's been in business for 39 years couldn't survive the shutdown to make it to 40 and put a lot of servers and cooks out of a job. In the words of the great Lt. Frank Drebin, this doesn't amount to a hill of beans in this crazy world. But this is our hill. These are our beans.

More than anything, those 13,000 would've been symbolic. Some people in the stands from the start of the season would've been demonstrated some hope. One more tiny baby step down the hallway of despair toward the bedroom of hope. But it's an upstairs hallway and there's a Hot Wheels on the top step and the risk is too great, I guess.

I'm not criticizing the Commonwealth for forcing this, even while I think we all have to acknowledge this was forced from on high. Believe me, the state has botched this situation up plenty enough that there's no reason to get lathered up about 1/5th of a football crowd missing out on a couple of games. If we want to rip the people in charge who've left us with the third highest deaths and the highest unemployment, it's a target rich environment. Besides, some schools will be opening right around the same time. And the contrast between the classrooms and the stands will make the social media grandstanding even more insufferable than it already is. Nobody wants to be the one called out by some furious mom or teacher's union leader for putting sports ahead of kids and teachers or whatever. So it's best to just lay low yet again and hope the situation improves the next month. You know, the way we did last month. And the month before that. And the month before that. And … etc.