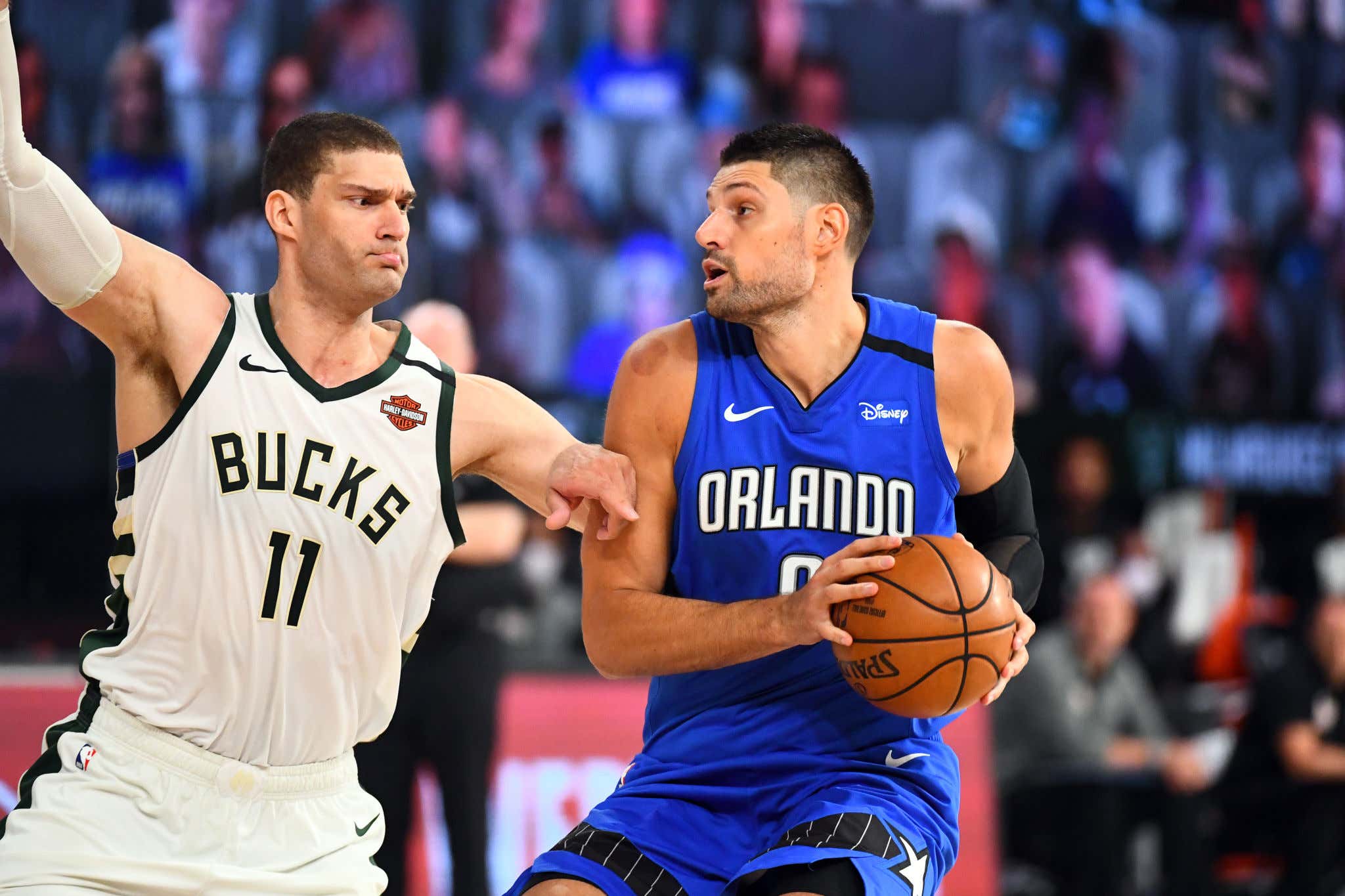 Bubble chaos!!! Are the bubble playoffs delivering or are the bubble playoffs delivering??? I don't care who you are, nobody thought the Magic were going to pull out a win against the goddamn Bucks to open this series. Depending on where you look the Bucks were 13-14.5 point favorites! Even though they sneaky looked like dogshit in the seeding games, none of them mattered. We just assumed that the Bucks would flip a switch in the playoffs because they've had a historic season, have the MVP, an elite defense, the list goes on and on. So for the Magic to come out and give them the business for a full 48 minutes is genuinely shocking. They did the same shit last year against TOR so maybe they're just the best Game 1 team in NBA history?

Now it's important we all take a deep breath here. Remember, the Bucks lost Game 1 to the Celts last year then won four straight. I'm not ready to declare we have a 2007 We Believe Warriors situation on our hands. Let's not get crazy. The Bucks are still going to win this series, probably pretty comfortably. But unfortunately now they have to deal with all the pundits firing up the "Giannis needs to leave" takes just one game into the postseason. That is NOT what you're looking for as a Bucks fan. Only a fool would consider their title chances any different after this one game, but it's certainly not how you hoped they would start their title quest.

Outside of Giannis and his 31/17/7, the rest of the roster was a big time no show for the most part. Khris Middleton was horrific on both ends, Lopez was a non factor, and Bledsoe couldn't make a three to save his life. As a team they shot just 33% from deep which isn't something that'll happen too often, and the Bucks could never put together that lock down defensive run to help change the momentum. The Magic had a counter every single time. To think this was possible while also missing Aaron Gordon just doesn't make any sense to me.

So how did they do it? Well Vucevic was a monster with 35/15/4 on 15-24 shooting, Markelle Fultz of all people outplayed every MIL guard with an efficient 15/6, Terrance Ross gave them enough bench scoring with an efficient 18, DJ Augustine came out of nowhere and dropped 11/11, they made 16 3PM and were pretty flawless defensively. That shouldn't be a surprise, the Magic defense is legit, but it was their inability to score that always held them back. Well, they just dropped 122 on one of the most historic defenses we've ever seen. You try explaining that shit.

This all makes you wonder, is today the day we get massive upsets in the bubble? Is this the appetizer for the Blazers massive upset that could come later tonight? If I've learned one thing in this bubble it's that you cannot rule anything out. Everything is on the table in these weird bubble games.

Another fantastic game to kick off our marathon day of hoops. Through 5 games I think it's safe to say these bubble playoffs have been just as awesome as we all hoped. Bring on the chaos.