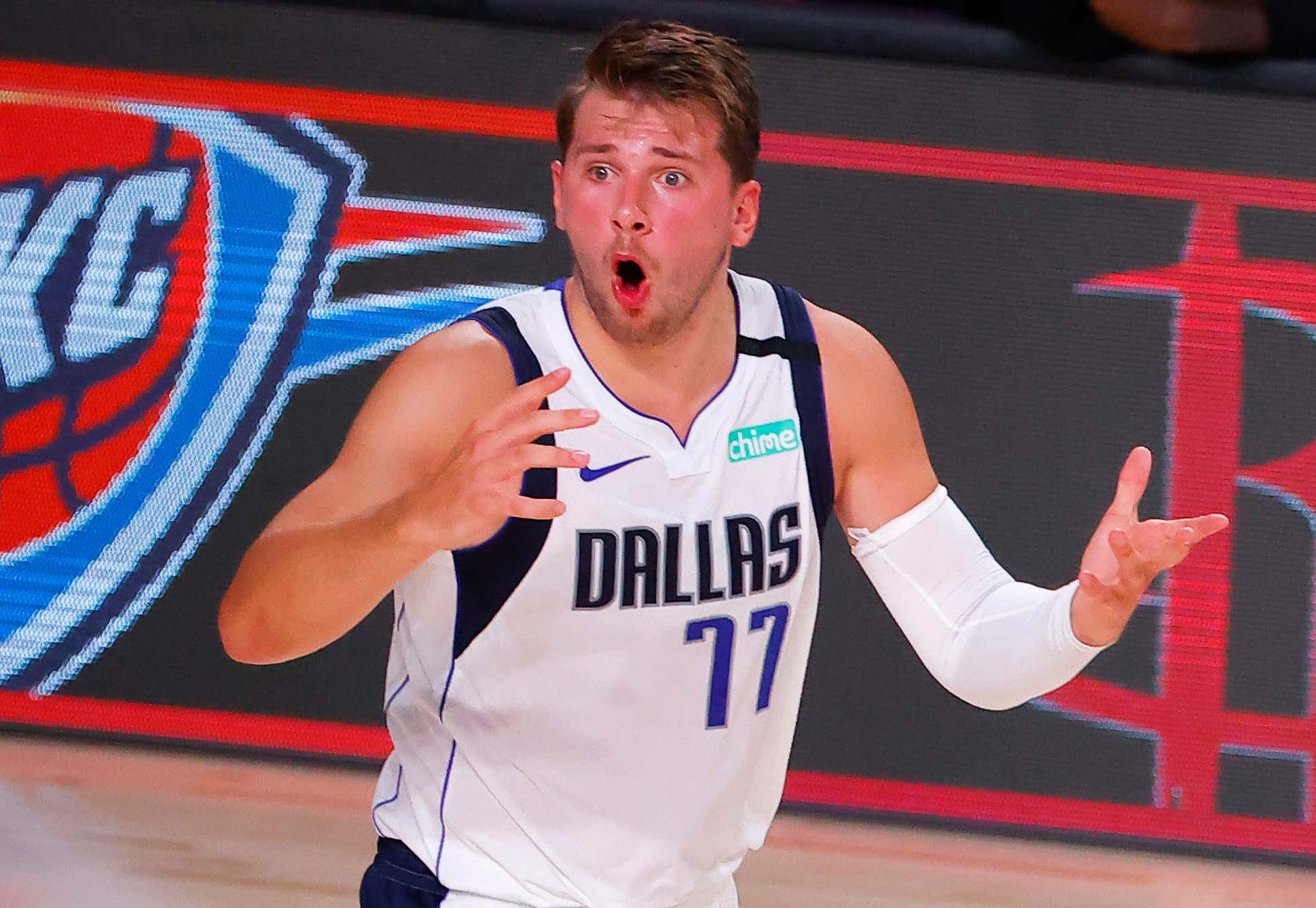 Good morning everybody happy Tuesday and welcome back to another edition of Last Night In The NBA where we bring you up to speed on everything that went down from the day before in the Association. With the playoffs officially underway it was another day filled with close, intense basketball that of course was not without drama. We had 4 games on the schedule on Monday and if you lik offense, boy was this the day for you. It should be made very clear that none of these series are over, it's just been one game, but it's always better to start 1-0 than 0-1 in my professional opinion. As always if you got busy and missed some of the action, here's what happened.

Talk about setting the tone for the day. Don't let that 10 point lead fool you, this thing was a back and forth blood bath pretty much the entire way. I'm talking 19 lead changes and 10 times tied. We don't need to waste much time getting into it, on one side you had Donovan Mitchell dropping 57 points, marking the third highest playoff total ever

He went up a level that almost seemed superhuman. Mitchell has that ability to completely take over a game where everything he throws up goes in. We've seen it already in the bubble, so it's not like this was a one off thing. This is what Donovan Mitchell does. No Conley, no Bogdanovic, no problem. Guys like Rudy Gobert and Joe Ingles chipped in some solid secondary scoring

but unfortunately they ran out of gas on the defensive end during OT. They also couldn't stop Jamal Murray but that's a whole other issue. For the Jazz to be successful in this series they need to lock it in defensively, and giving up 37 fourth quarter points certainly isn't going to cut it. If this is how all the games are going to be in this series, I will kindly ask for 6 more thank you.

For DEN, remember, this team is still missing two key offensive players. That's pretty terrifying when you consider how much depth they already have available. It was on full display in this Game 1, with 6 total guys in double figures led by Jokic and Jamal Murray who combined for 65

If I'm a Nuggets fan I love how Murray stepped up down the stretch of this game. I believe he had 10 straight points in the fourth or something along those lines. Having a legit outside option next to Jokic for defenses to have to worry about is a big time weapon and will only open things up more for the big fella. The Nuggets offense simply had their way with whatever the Jazz were doing defensively, finishing the game with 51/52% splits and 22 3PM. What makes the Nuggets so dangerous isn't just their top end talent though, it's what they can get from those other guys.

This is truly a pick your poison type of offense. That's only going to serve them well as this series goes on.

I know the Raptors and Game 1s usually don't mix, but not even they could blow a game in which they once led by 33 points. This game was never tied, the Raptors never trailed, it was a true wire to wire beatdown. I suppose that's what happens when you shoot 47/50% with 22 3PM and turn it over just 6 times. Who is losing that game? Not a contender that's for sure. Basically pick a name and they all played great, doesn't matter if it was a starter or someone like Ibaka off the bench. The Raptors came out and dropped 73 points in the first half. 73!

Fred VanVleet is going to make so much money this offseason it's not even funny. I don't want to say he was perfect, but his 30/11 on 11-15 shooting (8-10) was damn close. Even when the Nets went on a little run and cut it down to 9, the Raptors immediately responded with a 39 point fourth quarter. I don't want to sound negative, but this thing might be a wrap already.

For BKN, never ideal to get down 30+ in a blink of an eye. I suggest going with a much different strategy in Game 2, but that's just me. I'll give them credit they didn't quit, the scrappy Nets team we've seen all bubble showed up and they made this game sort of competitive for a few possessions. They deserve credit for that.

but when you're down 37-20 after the first 12 minutes, I'm not sure what you expect this team to do. At least they play hard, but sometimes talent is important.

We'll be talking about the Celts in their normal blog, so let's focus on the Sixers here. It's incredible to me how Brett Brown continues to forget that he has Joel Embiid on his team. It's my favorite part about him. Heading into this series everyone wouldn't stop talking about Joel dominating the Celts on the block and how that was going to be an issue. In the first 5 minutes? It definitely was. Embiid started out 5-5 with 11 points and was very much then problem we all expected

But after that first quarter? He was the definition of a non factor. Just 3-10 shooting the rest of the way, it felt like the Sixers refused to give it to him on the block, he couldn't stop turning it over (5), and the biggest advantage the Sixers had in this game disappeared. Part of that is coaching, part of that is on the players recognizing what works and what doesn't, and I would imagine things are much different in Game 2.

Rough Game 1 for someone like Tobias Harris who is paid to be this team's #2 scoring option, he went just 6-15, then Al Horford and his 100M only threw up 6/7/6, was a team worst -18 while not even really playing down the stretch. Defensively they fell apart in the fourth quarter allowing 34 points which was the highest the Celts had all night, and then you factor in the 18 turnovers and it was just a disaster effort all around.

and who knows maybe with Hayward out things are now more even, but the Sixers have to get much better defensively and also remember to ya know, give Embiid the ball, if they want to win Game 2.

I think everyone, even Mavs haters, feel for Dallas this morning. They got boned big time. That Porzingis ejection was bullshit even if it did follow the letter of the law. Just have a brain for me one time refs. This is THE PLAYOFFS, stop ruining it for no goddamn reason

you simply cannot do this in a close playoff game. Without him that meant Luka was going to have to do Luka things and boy did he deliver

only the youngest player ever to drop 42 in their playoff debut. I suppose that's pretty good. The bad news is he also had 11 turnovers which is certainly less than ideal, but overall Luka continues to make magic every single time he steps on the floor.

For LAC, it of course starts with their two wings, who were once again locked in and combined for 56 points

while they did most of the heavy lifting, what makes the Clippers so dangerous is they can get you from a ton of other places. Like in this game there was some solid Mook sprinkled in

and then Harrell and Lou Williams didn't even play that well off the bench. That means the Clippers can get even better. They really locked in defensively in the third quarter holding the Mavs to just 13 points, and this has the look of a series that is going to be a dogfight the whole way through. I cannot wait.

And that's it! You are now caught up with everything that went down yesterday in the NBA. We're back today with another 4 playoff games starting at 1:30pm ET and we can only hope it's as great as Day 1. Have a great Tuesday!