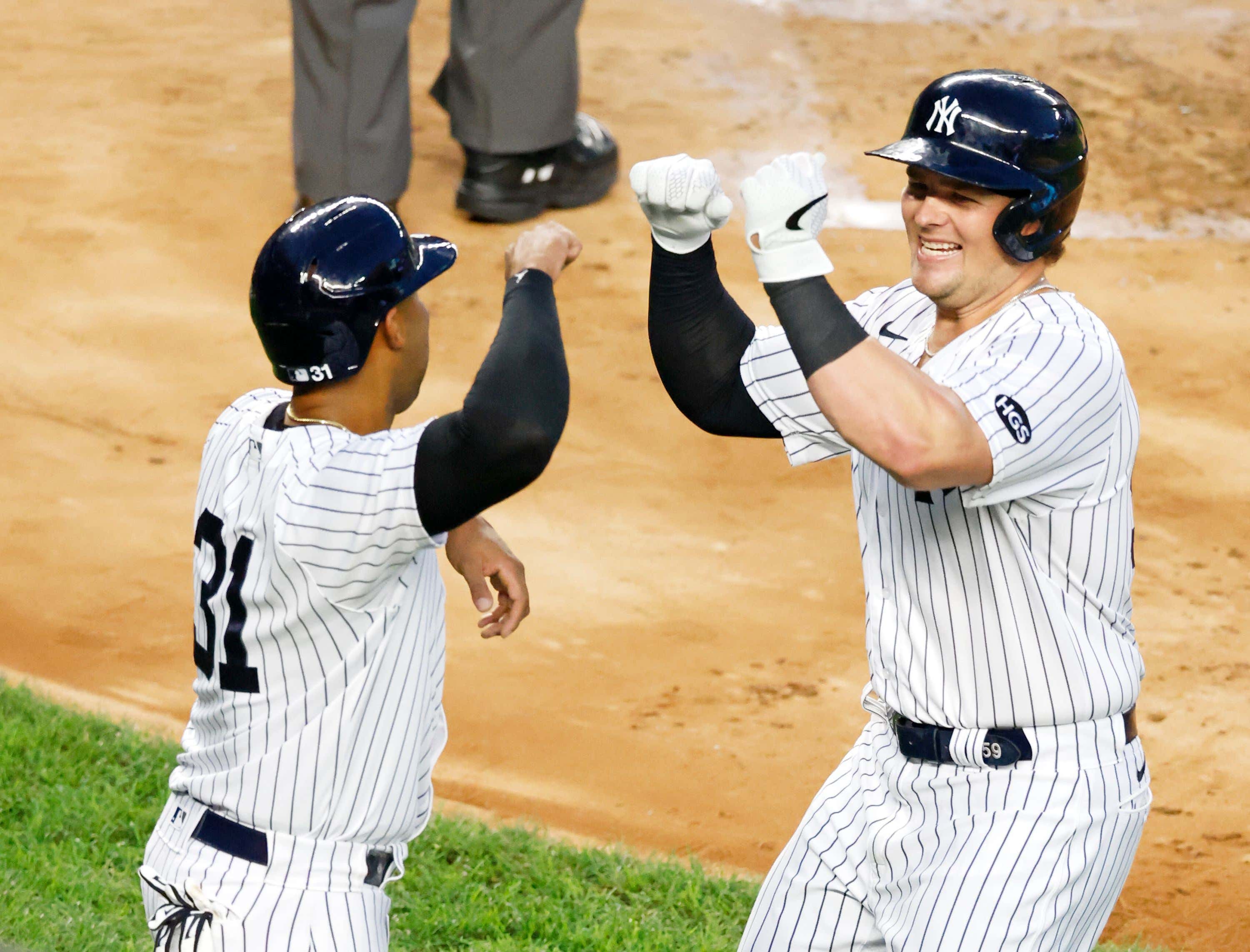 The New York Yankees have now won 7 games against the Boston Red Sox in 2020. The Red Sox have six wins in 2020. That basically sums up everything you need to know about the direction these two baseball teams are headed. It's just an expected victory at this point when they face off. There's zero rivalry at the moment. Maybe in a few years, but the Sox are lifeless and do not play the same sport as the New York Yankees right now. That's just a fact.

The Yankees rolled out a makeshift lineup on Monday night to give the Sox a chance of stealing a game in this series. Andujar in left, Frazier the 3 hitter, 40 year old Erik Kratz at catcher, Wade at second. The casual fan would think this team scores 2 runs max.

They ended up posting a respectable six spot to give Jordan Montgomery and co. plenty of runs to work with all night. Everyone on this team hits and knows their role. It's beautiful to watch. They're just all good baseball players.

Voit is up to 7 homers on the season and is quietly creeping up the MLB league leaders list. Dude is one of the best hitting first baseman in all of baseball and doesn't get the credit he deserves. Everyone forgets what healthy Luke Voit can do. Funny how it works when you don't try to play through every torn muscle possible in your core. Dude can fucking mash, plain and simple.

Another guy heating up is Aaron Hicks. There's nothing better than a Hicks pimp job. Drop the bat head and watch it fly off the second deck. Ball was pissed on and shit on simultaneously.

Even with a rain delay the Yankees pitching put together a nice little performance of their own. Jordan Montgomery started and looked fantastic until his outing was cut short due to weather. Granted it's the Red Sox pathetic excuse for hitters, but Gumby was dealing. Luis Avilan took over after the hour delay and held his own, giving way to Mike King. The Yankees young righty went three strong innings giving up just one run. It was probably the best he's looked so far and it got him his first big league victory. Fuck yeah Mike! The only blemish on his stat line came via a badly played ball by Andujar in left. It wasn't pretty.

I love Miggy, but it's time to end the experiment in the outfield. Starting him out there over Mike Tauchman is just dumb. I mean what are we doing here? I feel for Andujar because he was stellar in 2018, but now he seems to be a man without a role on this team no matter where you try and put him. I would predict his future is likely with another team. He's tried his best to make it work in the field, but it's just not happening. It just seems forced to put him in the lineup right now. Baseball can be a cruel sport sometimes. This is one of those times.

Finally, Aroldis Chapman made his 2020 debut after being sidelined with COVID-19 last month. He entered the 9th in a non-save situation and gave up two hits and a run, but the velocity was there. I was kinda expecting him to sit 96-98 and ease his way back. He finished off the Sox by blowing away Devers on a 101 mph fire ball. Yeah no much for easing back in….

Getting him back is so big for the pen. Britton, who leads the whole league in saves, moves back to the set up role. Green and Ottavino get to roam around in the 6th and 7th unless one of the previously mentioned are unavailable. There's a whole lot less stress with the Cuban Missile back in the mix.