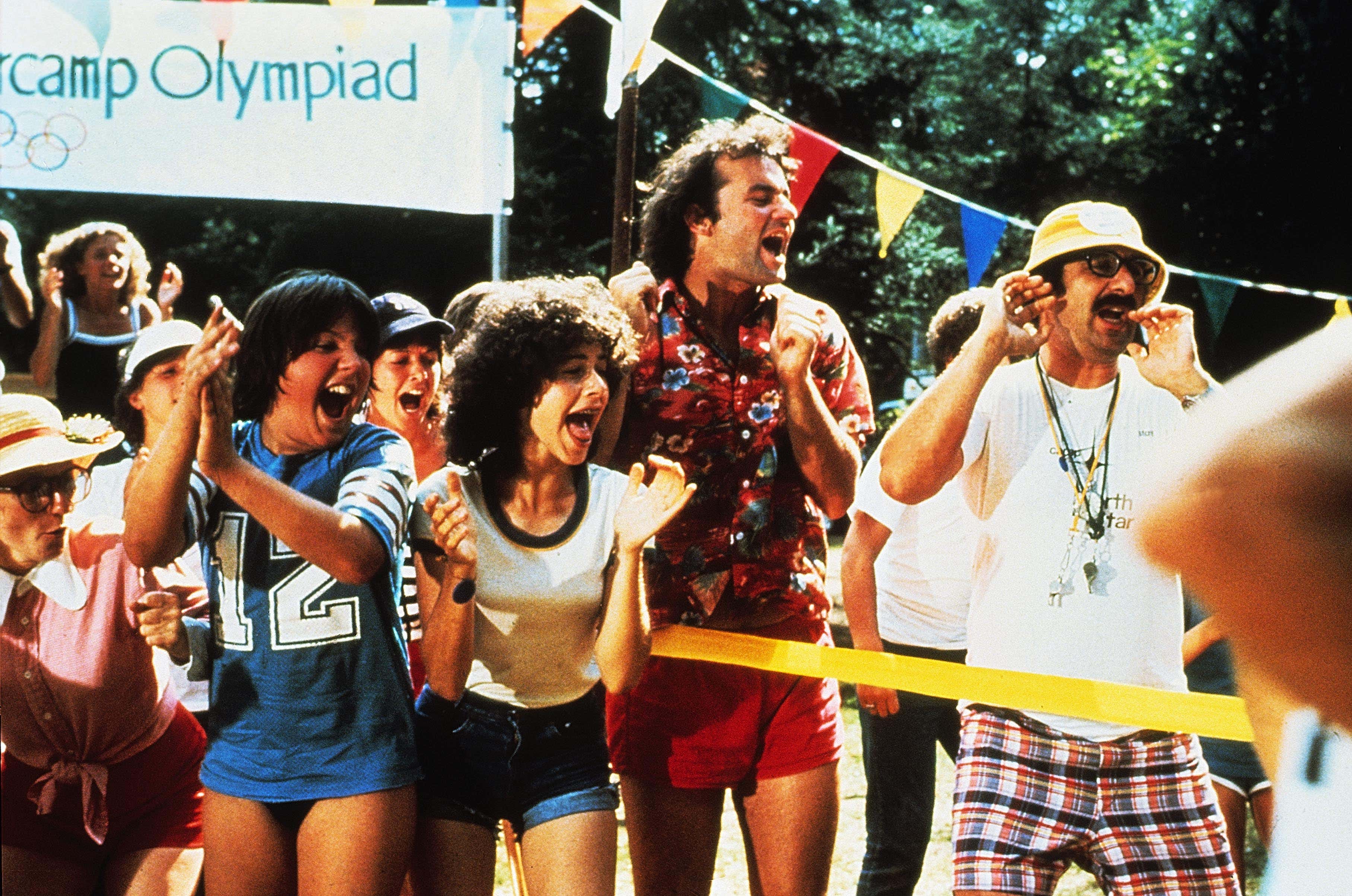 Over the weekend the Patriots began holding their first full squad workouts (as opposed to staying divided up into position groups) and today was the first practice in full pads, with contact. So it seems like as good a time as any to recap how it's gone so far.

By way of full disclosure, I have not been there. In the normal course of things I'd have been to several by now. Certainly the first contact practice. And not just because they usually serve Papa Gino's in the media room, but because I've always like it, even when it wasn't my job. I've been going to Pats camps since the '90s, when they were held at Bryant College in Smithfield, RI. By the time I a couple of kids came along, it was a way to entertain them for the reasonable price of $0.00 for the entire day, with football-themed bounce houses in the parking lot before and after and the chance for them to grab autographs from a half dozen or so players who work the crowd at the end. Then at some point I started doing this feature every year from the media tent and dining out on New England's most sacred comfort food.

This year (stop me if you've heard this before) has been different. The league and the NFLPA have limited the press credentials, so I've missed out so far. I'm working on making the list between now and the time they stop allowing media in, so stay tuned on that. In the meantime, here are the highlights from the last couple of days based on various reports from those who have been reporting from the scene, mixed together with my own unfounded assumptions and predetermined opinions presented without evidence to back them up. It's my way of trying to keep things as normal as possible.

--Let's start with the money shot. For the first time since the first Clinton Administration, we have something resembling a quarterback competition at camp. And according to everyone who's been there, if you're looking for who might be the lead dog on that sled, you won't find any signs. The reps have been split evenly among Cam Newton, Jarrett Stidham and Brian Hoyer. On Sunday, all three worked with three separate O-lines, rotating in and out. Monday they took the same number of reps with more or less the same number of throws. And without a clearly delineated first, second or third unit, it's anybody's guess as to where they rank.

--But the various QB's comfort level with this particular offense does show. In 7-on-7s, 11-on-11s and all the variations of down-and-distance reps. Most observers are saying Stidham has been the best in the group so far, followed by Hoyer and then Newton. Stidham looks like he's made use of the year he's had to get more acquainted with his reads and throws, and his highlight so far was the bomb he put in Devin Ross' hands, that went for at least 50 yards. Newton for his part has been the demonstrative leader, chest bumping his receivers in the huddle after connecting with them and winning the Most School Spirit superlative when the offense makes a play while he's on the sideline.  For example, when Stidham hit Damiere Byrd on a deep comeback where he ran off the safety for separation, Newton led the cheers. And again when Ross beat Stephon Gilmore in the end zone. Football was taken away from this guy, and by all accounts he's appreciating having it back.

--Actually the entire roster has been visibly fired up throughout. After stretching and warmups on Sunday, when the offensive and defensive units were sent to their respective fields, the whole team sprinted through each other, letting out war cries as they went. And the 120 volt electricity carried over to the hitting practice today. You'd almost think these guys believe they've got something to prove this year, but I can't imagine what that could be.

--The quarterbacks unit ran quite a few drills involving rollouts and throwing on the run. It's not like they never did so when Brady was here. But it's something to keep an eye on to see if designed rollouts and boots become a bigger part of the offense than they were before.

--A lot of the pass connections have come on shallow routes, crossers and checkdowns, as you'd imagine early on in camp. Additionally, the linebackers and secondary have been working on drills where they allow the short pass, then work on ripping the ball loose. First while in solo coverage and the next day adding another defender who focuses on the tackle while the first is working on forcing the fumble. If you're wondering how they managed 36 turnovers last year when the league average was 22.2, there's your answer.

--Maybe the best sign in the early part of camp was the catch N'Keal Harry made, physically going up over JC Jackson, high pointing a pass from Newton and then tearing it out of the air against tight coverage. That was supposed to be his game coming out of college. As a reminder, he had among the slowest 40s among WRs at the Combine. His skills are his strength and aggressiveness, and he showed it on that reception. Against  the corner with the best passer rating when targeted in the entire league last year. Nobody, save perhaps Newton, has more to prove right now.

--A contact practice doesn't involve tackling, but it does mean guys in the trenches knocking heads shoulder pads for the first time. When they did, the most encouraging sign was David Andrews driving Adam Butler into the dirt. A lot of reps went to Jermaine Eluemenor, who toggles between guard and tackle. He was picked up last year but wasn't activated. And he might be in the mix with Hjalte Froholdt to replace Marcus Cannon at RT.

--With Sony Michel likely to start the season on PUP, the bulk of the carries went to Rex Burhead, Damien Harris, who barely saw the field as a rookie, and UDFA JJ Taylor, the 5-foot-6, 185 lb potential legend, whose jersey every undersized school kid will be wearing if he survives the cut. All looked good. But when they're not tackling and you don't look good, that's newsworthy.

--One standout among the noobs were first draft pick Kyle Dugger, who had a nice PBU on a ball intended for TE Ryan Izzo. And was getting a lot of coaching-on-the-field type lessons from Devin McCourty Monday. Dugger is rotating through with Terrance Brooks - who had an interception against the TEs in a drill - and Adrian Phillips as they try to sort out who'll fill the void left by Pat Chung's opt out.

--Another rookie to keep an eye on has been LB Josh Uche, who's moved around some but has mainly line up inside, off the ball, next to Ju'Whaun Bentley. Anfernee Jennings hasn't made an appearance. And since we're still weeks away from anyone having to tell us anything about why, your guess is as good as anyone's in that media tent.

--As far as the specialists go, we're still at that part of camp where it's like open auditions at a community theater. And anyone who wants the part of "Returner" can show up with their show resume and headshot and get a tryout. Dugger appears to have the inside track for the kickoff return job. And the punt job is a competition for punt returns seems to be between Taylor, rookie Isaiah Zuber and Gunner Olszewski, who's name I just spelled correctly without checking, so it's a big day for me. Taylor muffed one easy one and had to take a lap, but made up for it with an over-the-shoulder grab on a tough one. Last year I hung out with guys who timed Jake Bailey's punts while I just marveled at how weirdly uncatchable his kicks are. And by all means he seems to be in midseason form. Meanwhile rookie kicker Justin Rohrwasser has been consistently booming 45+ yarders between the narrow posts at the far end of the practice field over the weekend but then today missed two out of five from about 50 yards.

--I wish I was there at camp. I'm sorry I didn't get to visit with my close personal friend, RKK.

But then I wish a lot of things about 2020 were different, so in the grand scheme of things, it's not that big a sacrifice. The way I look at it, it could be my job to cover the Red Sox.