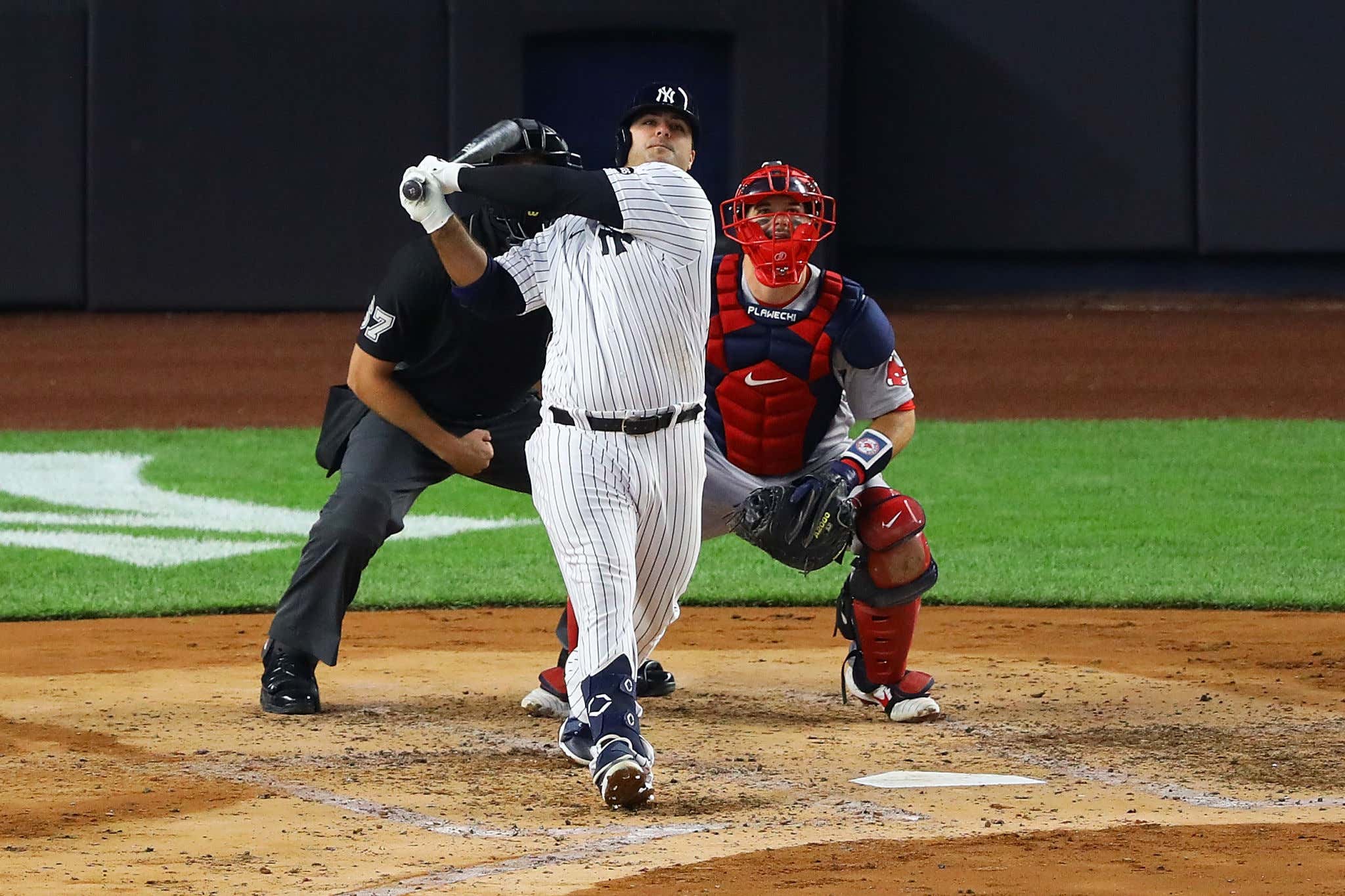 Fuck it. We're doing moral victories. The Red Sox held a Major League Baseball team to fewer than eight runs for the first time in a week. They did it.

Granted, it was a New York Yankees team that had Giancarlo Stanton, Aaron Judge and DJ LeMahieu on the injured list, but it still counts. The Yankees scored four runs. What an absolutely pathetic performance out of those bums in the Bronx. You want another moral victory? I've got another. The Red Sox lost their seventh straight game, but the Yankees needed to record an actual save to get the win. Yikes. Panic button time for the Savages? Might be, but not really for me to say.

Do I get triggered online when people call baseball boring? I sure do. But even I can admit that game was boring as fuck. Mike Ford hit a home run that went 420 feet and the ESPN broadcast legitimately compared him to Babe Ruth, who was a fictional character. That was one of two things of note that happened in this game. The second being that in a 4-1 ballgame in the seventh inning with runners at first and second with two outs, Alex Verdugo decided to steal third base. I mean, what the fuck was that? He was safe, so I'm not really complaining; more just confused. His run meant nothing at that point, he was already in scoring position, and the tying run was at the plate. What are we doing here? Did he read a sign wrong? Did he just want to grab a bag for the back of his baseball card? No idea. Just absolute chaos.

Good news, though. With this loss, the Red Sox are now TIED with the Pirates for the worst record in baseball and, believe it or not, they actually have a WORSE run differential than Pittsburgh. There have been some reports out there that the MLB Draft order will be decided based on a combination of teams' 2019 and 2020 records, which would really put a damper on the Red Sox getting the number one pick. Perhaps there will be some sort of lottery, in which case I can't see the Red Sox being fortunate enough to get the number one pick in that scenario, either. But then again, who the fuck knows? Certainly not Rob Manfred, who seems to be making up rules on the fly as this dreadful year drags on.

All I'm saying is that it can't hurt the Red Sox's chances to get the number one pick if they finish with the worst record in baseball, which is very much in play at this point. Just gotta keep grinding. Just keep going out there, giving up a ton of runs and not doing anything offensively. Play like you want it, boys.