Alright so Jim Herman just won the Wyndham Championship after going 61-63 (!!!!!!!!!!!!!) over the weekend and being +50000 to win the tournament at the start of the week. Fucking insane. Herman was the 318th ranked player in the world heading into the week and was coming off shooting a wretched 75 on Sunday at the PGA Championship. Herman was the only player to shoot a worse score than Brooks Koepka did (74) on Sunday at Harding Park. What I'm trying to say is that Jim fucking Herman was not the guy who was supposed to win this tournament but he did by shooting 124 over the weekend and beating out guys like Billy Horschel and Si Woo Kim at the end.

But with all of that said, did Herman flinch as he watched Horschel try to match his score at -21 and send it to a playoff?

Okay so yes he did sorta flinch. He fully turned into a Jack McBrayer gif.

Jim forget to take the top off the water bottle he was drinking but it didn't matter because Billy Horschel missed his birdie putt on 18 which gave Herman the one-shot win in Greensboro. No sweat. Nothing to it. All the credit in the world if you put money on Jim Herman to start the week. You just made yourself a very pretty penny (all two of you who actually placed that bet).

Let's look at a better moment by Herman. A stinger off the tee on 18 today 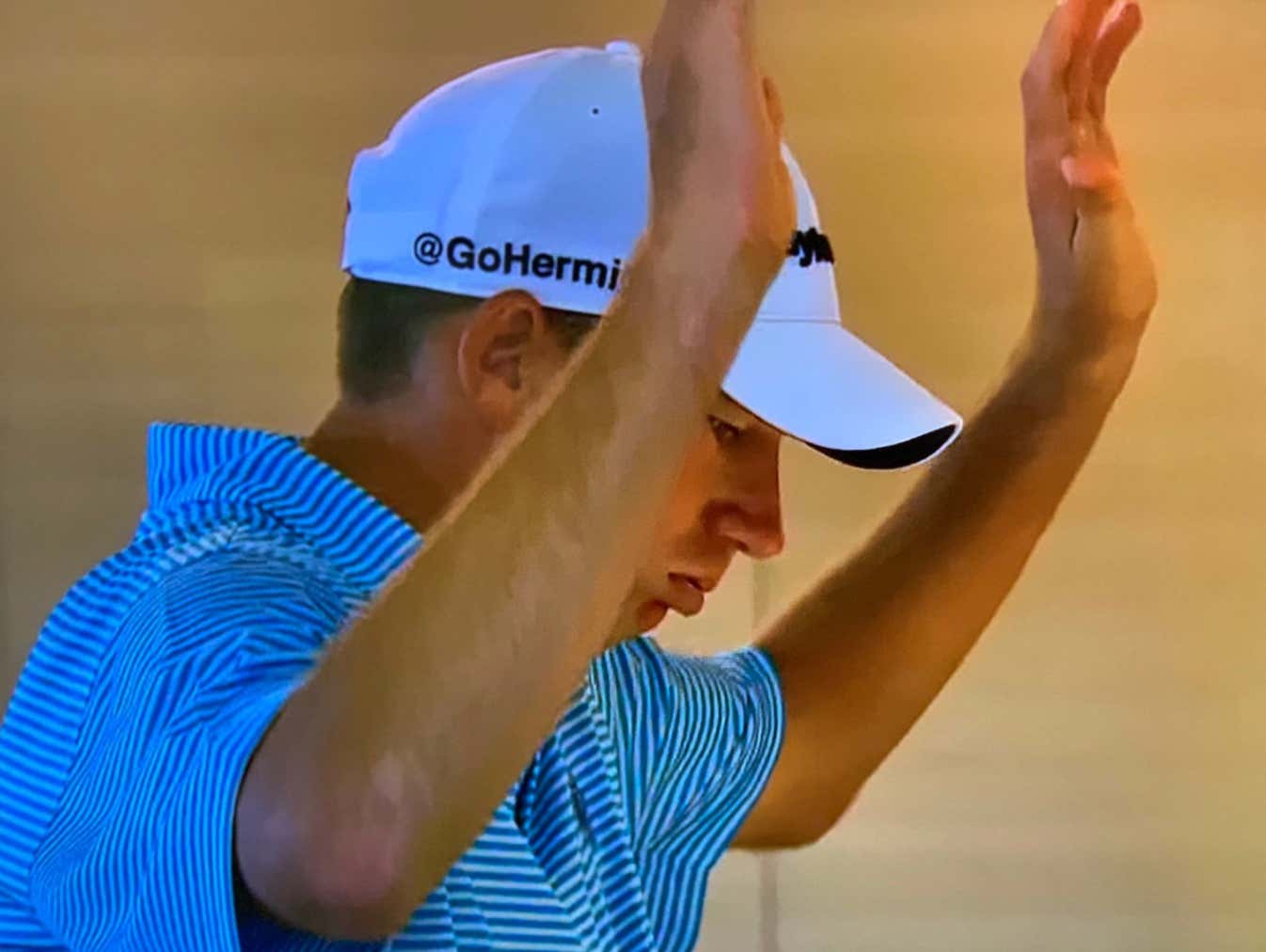