A 19-year-old American soldier who is accused of trying to steal a taxi at Munich International Airport was thwarted by the car’s transmission, German police said.

The soldier, a member of the 2nd Cavalry Regiment based at Vilseck in Bavaria, was supposed to be flying back to the U.S. from Munich International Airport last week, regiment spokesman Maj. John Ambelang said.

Instead, he is accused of trying to take a Mercedes taxi for a spin after seeing the keys in the ignition and no one in the driver’s seat, said the Munich airport police, who are investigating the incident.

The soldier is also accused of assaulting the 50-year-old cab driver when he tried to stop him from taking the car, the police statement said.

The American then punched the cab driver in the face before trying again to drive off. But when it became clear that the car wasn’t going anywhere after colliding with the post, the soldier leapt out and tried to flee on foot — only to run straight into the arms of police officers, who detained him, the statement said.

Sometimes civilians are surprised when troops get into wacky trouble & do stupid things, but if you served you've probably got an incredible array of examples. Maybe not quite to this extreme, but especially on the enlisted side we are experts at getting into ridiculous pickles on the weekends, and often with no rhyme or reason to it…

"Let me get this straight… He married the stripper on a whim, stabbed her ex in the parking lot immediately after… and then got her name tattooed on his neck while on the run and still showed up to formation like everything was fine?"

This particular soldier was at the airport about to go HOME, saw the cab sitting empty & apparently got a serious case of the 'fuck its'. Would love to hear the whole thought process behind that one & see the look on his command's faces when they got word of it. At least he didn't steal an armored carrier or a tank?

You can hear more about this story among others on the latest ZeroBlog30. Check it out! 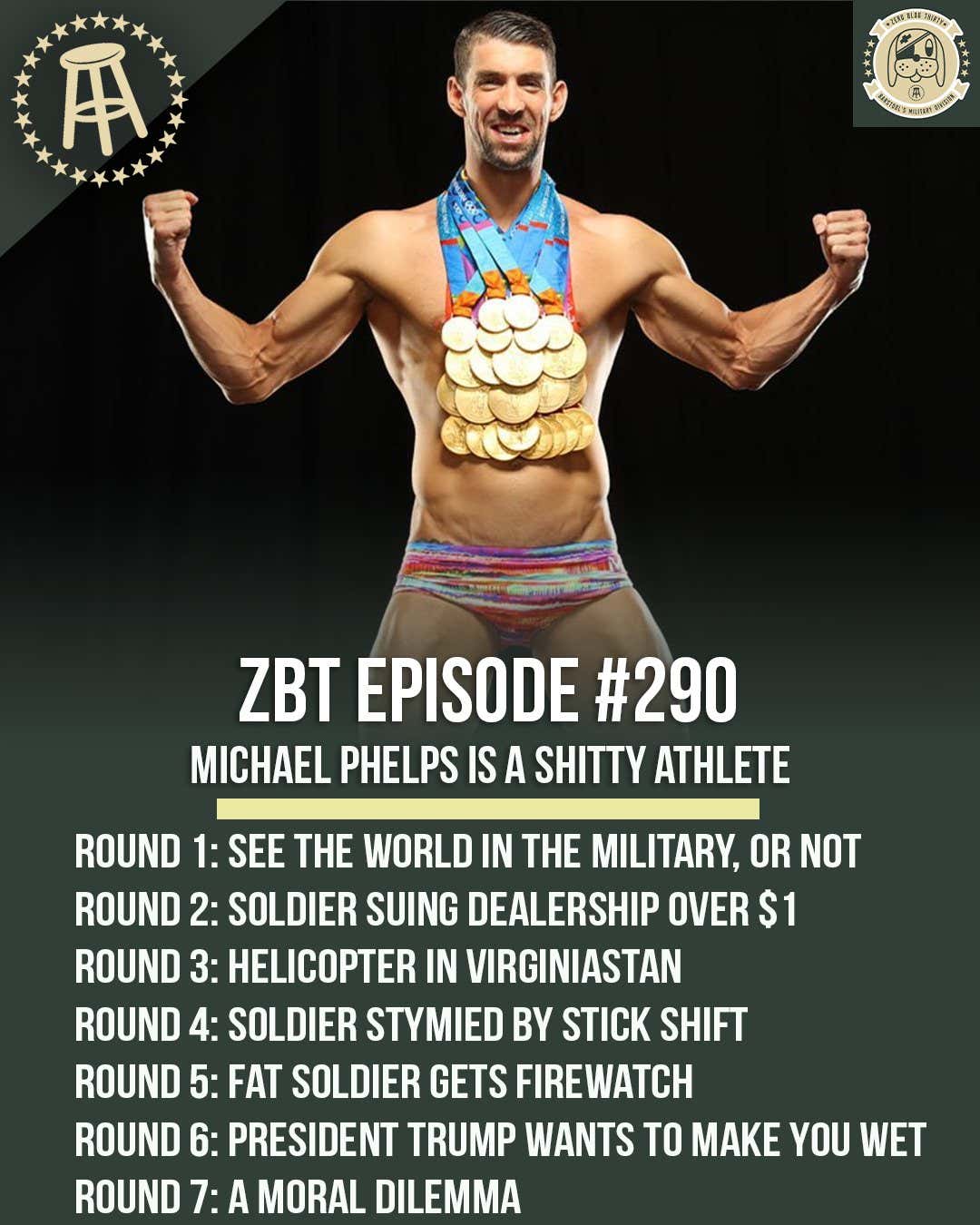 ALSO - If you're active duty stuck stationed in the middle of bum-fuck nowhere & are bored out of your mind, DM ZBT & I'll do some research & come up with the perfect local adventure for you on the next episode. $Free.99