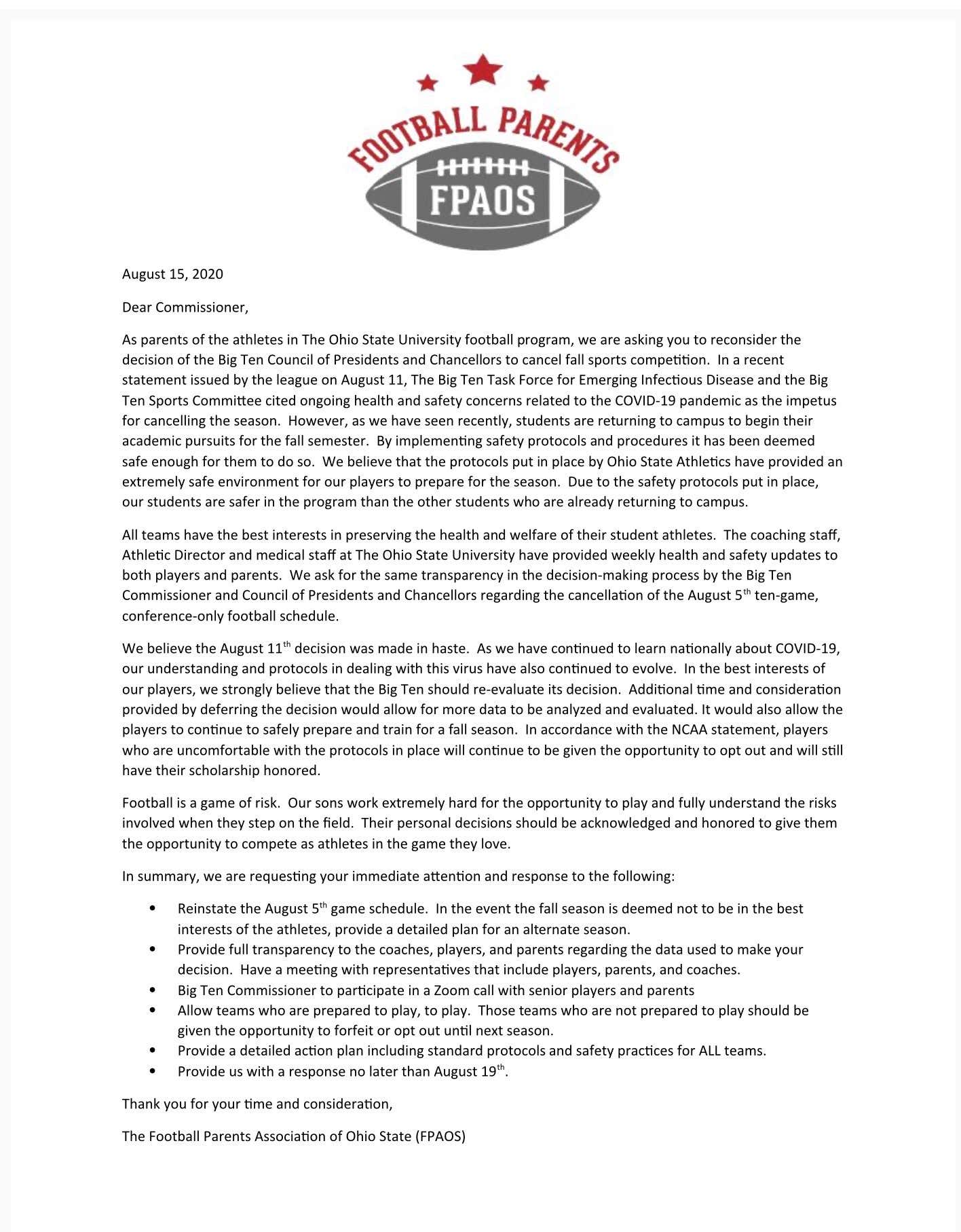 Oh now you done did it, Big Ten.

You can piss off a bunch of 18-22 year olds all you want, but now you've pissed off Mommy and Daddy. And in today's day and age, that's going to get a STRONGLY worded letter. Can I speak to the manager of the Big Ten please?

Listen, I think this is as silly as the rest of you. How much is a strongly worded letter going to do? How much is a petition going to do? Selfish Kevin Warren has already made his decision, and there's no way he backtracks and admits he was wrong, right? I don't know…..but parent pressure is a dangerous thing in today's world. So not only does he have the moms and dads of the Ohio State players hounding him, Iowa's parents have done the same exact thing.

And so has Penn State's parent group….

And now so has Nebraskas….

Folks, call me crazy but I think we're getting somewhere. Kevin Warren HAS to respond to this eventually. Who is he to say that the game is too dangerous for their kids to play? I simply cannot comprehend how if a kid wants to play football this year, and his parents are okay with the risks, how are they not allowed to play? Make it a choice thing. And it looks like at least Ohio State, Penn State, Iowa, and Nebraska would be choosing yes. Where are you, Michigan parents?? Your silence is deafening right now. Because I think if we can get Michigan on board, we have 5 (and the 3 most important) schools in the conference saying let's play. That's enough to have at least a 4 game season and conference championship. Would people be okay with 5 games and then the Big Ten champion representing the conference in the playoff? I think so. I think these parents are on to something here. Squeaky wheel gets the grease….