Move over Ellen, there's a new monster in town. Your 15 minutes of being cancelled are officially OVER after we've taken aim at a different, equally deserving target. That's right, Genghis Khan COME ON DOWN. You thought shit was sweet, huh? Thought we forgot about Khan. WELL THINK AGAIN, BOZO.

Now, like every cancelation, you've got people on both sides. The Khan-hive will not go silently into the night. They had their man's back in 1201 and they've got his back in 2020. 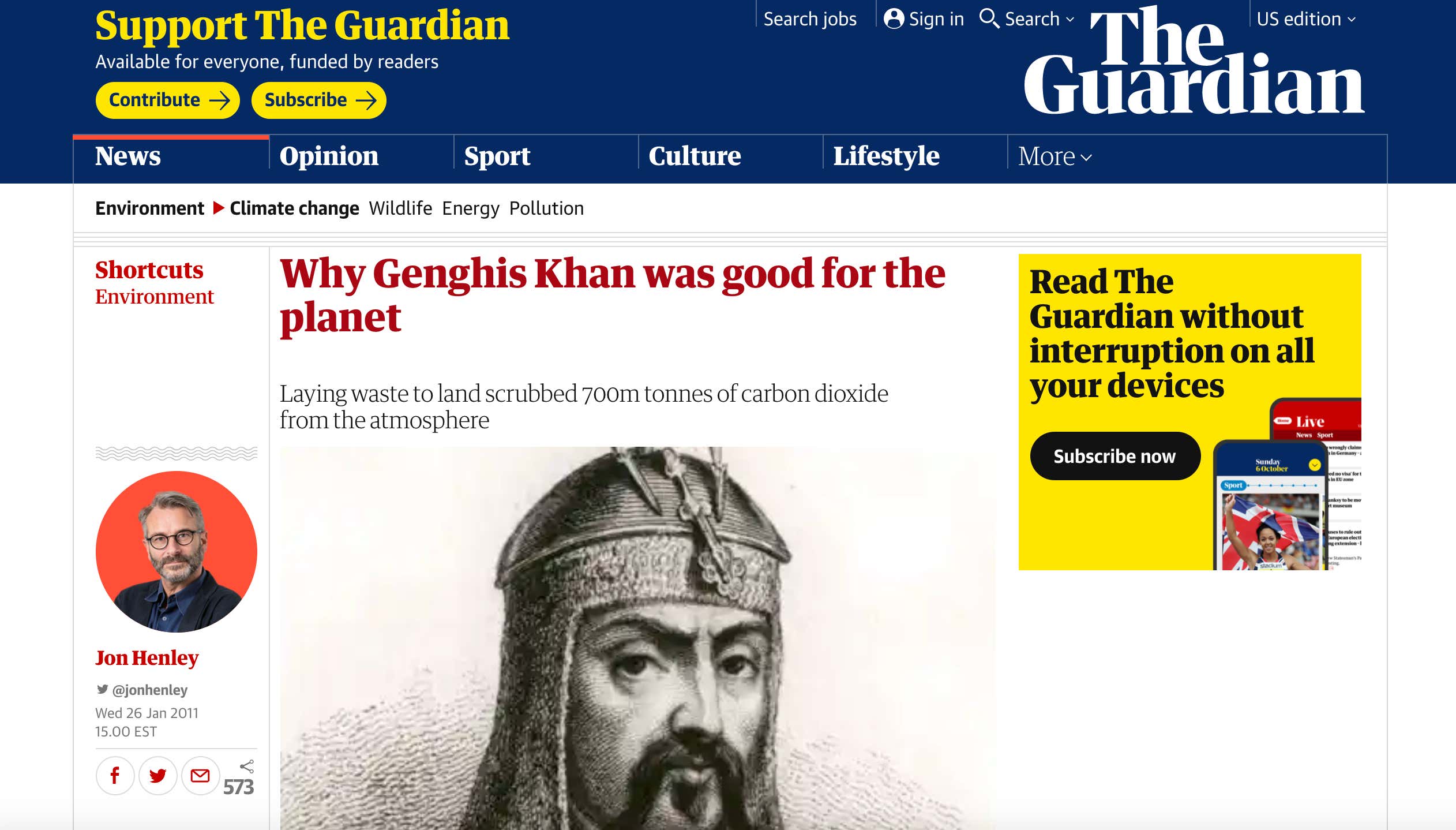 Helluva spin. "Oh you hate our man? Do you also hate the POLAR ICE CAPS AND TREES???" Really put the rest of us in quite the pickle. I think we can all agree the polar ice caps and trees are, in fact, good and necessary. Was Khan the first environmental activist? How much good needs to happen to outweigh the bad? The man Thanos snapped 40 million people clean off the face of the Earth to lower the temperature a few degrees and have a couple trees grow. I'm sorry if this comes off as insensitive and tone deaf but I still think he was in the wrong. I know it's a controversial take, even in this era of Cancel Culture, to speak out against Genghis Khan but I don't care. Killing 40 million people is bad. If you disagree you disagree there's nothing wrong with some honest discourse. But that's my stance and it feels like a fair one from this side of the table.

Once we've officially pulled off the #KhancelKhan movement I can't wait to see who we move onto next. Because if you ask me? Alexander the Great… looks around to make sure the coast is clear …he wasn't all that great. Pontius Pilate has LONG escaped the proper criticism for his role in the whole "murdering God's son" debacle. I've long been skeptical of cancel culture, but if we're really going to start taking aim at these real life monsters then I'm all in. All of your people who have been dead for hundreds if not thousands of years? Watch your fucking necks because we're comin' for ya.