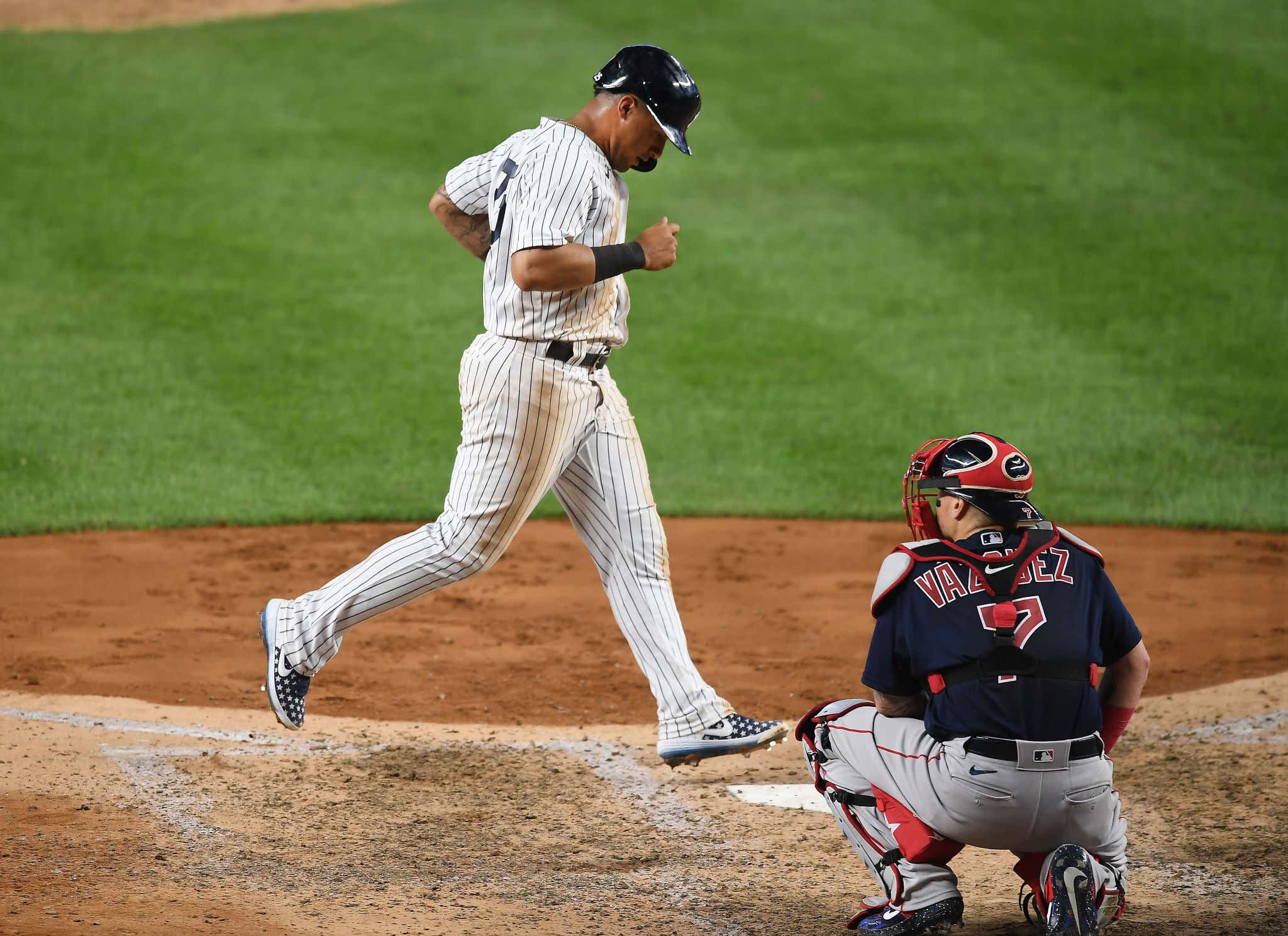 How the fuck did we get here? Two years removed from the most winningest team in Red Sox franchise history, and what we're left with is the most non-competitive team I've ever seen.

At least the 2012 abomination of a Red Sox team was .500 through 110 games of the season until the wheels fell off entirely. I still put that team first as the most unlikeable because of all the bullshit drama that surrounded that club. But the 2020 Red Sox? They are the most unwatchable. We needed 20 games to come to that conclusion. Mookie Betts is in LA with David Price, Chris Sale is on the shelf recovering from Tommy John, Eduardo Rodriguez is out after complications from COVID, Alex Cora is chilling in Puerto Rico because of the Astros cheating scandal, and then you've got Rafael Devers, Andrew Benintendi, Jackie Bradley Jr. and JD Martinez who all look completely lost at the plate. Those four bats are hitting a combined .187 with a .588 OPS this year. This team is not fun to watch whatsoever.

I mean, you all saw the tweet, right? The one where the Red Sox starters for their big four-game series in the Bronx got announced? It read TBD, Nathan Eovaldi, TBD and TBD. This was fresh off a blowout loss in which the Red Sox allowed 17 runs to the Tampa Bay Rays and used not one but two position players as pitchers. It's a joke. It's an embarrassment. Everybody looks checked out. Nobody looks like they want to be there. And every year, you're gonna have those teams. The teams where the players are just showing up because they have to. It's their job, and they're paid handsomely to be there and play baseball.

But the Red Sox? Even after their payroll-shedding offseason, Boston still has the third highest payroll in baseball behind the Yankees and Dodgers. Sure, I think we all had reasonable expectations that a World Series wasn't in the cards in 2020, but the worst record in the American League? One game ahead of the Pirates for the worst record in baseball? I don't think anybody thought that's where we'd be. But here we are. This team fuckin' blows.

After the 10-3 ass beating that they took in the series opener against the Yankees, the Red Sox had successfully played a full week of baseball without being able to prevent their opponents from scoring at least eight runs in every single game. Yup. That's right. Since Monday, the Red Sox have a 9.20 ERA, allowing 10.4 runs per game. They've given up 52 runs (45 earned) with 73 hits and 26 walks in 44 innings. That's a 2.25 WHIP, which ranks dead last in Major League Baseball over that span. It might not feel like it (it doesn't), but the Red Sox have actually hit .296 with a .774 OPS over that same span. The OPS ain't great, but to be hitting close to .300 as a team over the same span where you're getting your doors blown off every single night, it's not hard to figure out why this team sucks.

Alex Verdugo took Gerrit Cole deep on Friday night, but it was a solo shot. Via our guy @RedSoxStats on Twitter, the Red Sox have hit 24 homers this year and 17 of them have been solo homers. While teams are blasting home runs left and right, the Red Sox rank 19th out of 30 teams in home run percentage. And when they've been hitting them at all, there hasn't been anybody on base. For a team that annually ranks near the top in on-base percentage, the 2020 Red Sox, again, rank 19th in that category. So, while we can surely point to the pitching as a reason why the Red Sox are a dumpster fire, I'm not sure the hitters are without blame in all of this.

We were joking a week into the season that the Red Sox should just tank to get a top draft pick, but now that joke has sadly become a reality. At this point, the postseason should not be discussed. Three things, instead, should be and that's the 2021 MLB Draft, getting to the August 31 trade deadline to reset the luxury tax for 2021, and what pieces the Red Sox can sell off to help build this team in the future. And there are many pieces to choose from. Yup. That's where we're at. This fucking sucks.