What a series of whirlwind weeks for Barstool Sports... El Pres was at the White House, then just had the Winklevoss twins over to his own house for #Bitcoin goofin', $PENN continues its trajectory to the moon, Deion Sanders is our newest coworker (am sure he & I will have tons of crossover), Stool Streams kicked off with solid results & BarstoolSportsbook will be here before we know it.

On top of all that the #DaddyGang added a new A-list member through Alex's fantastic interview with Miley Cyrus, and on the eve of the release of her new song, Midnight Sky, no less.

I listened to both the pod & the song (several times) this morning and enjoyed 'em the whole way through. Alex doesn't hold back on questions most interviewers would never dream of asking & Miley's honest, thoughtful answers only made me appreciate her more. It all sent me down a much deeper thought process than intended.

When Alex asks her about the new song, Miley gives some pretext about how throughout her career she's been able to introduce her fans to music they might not know otherwise.. (EX: Dolly Parton's Jolene in the very backyard where the pod interview was taking place, playing Nirvana's Smells Like Teen Spirit on the Hannah Montana tour & none of the kids in the audience getting what the hell was happening, and another I found was her cover of Johnny Cash's A Boy Named Sue on the Bangerz Tour… When she announces it the crowd goes silent like "uh…what? no thanks?" to which she responds, "I don't give a fuck!" and goes right on ahead with humor & enthusiasm.) 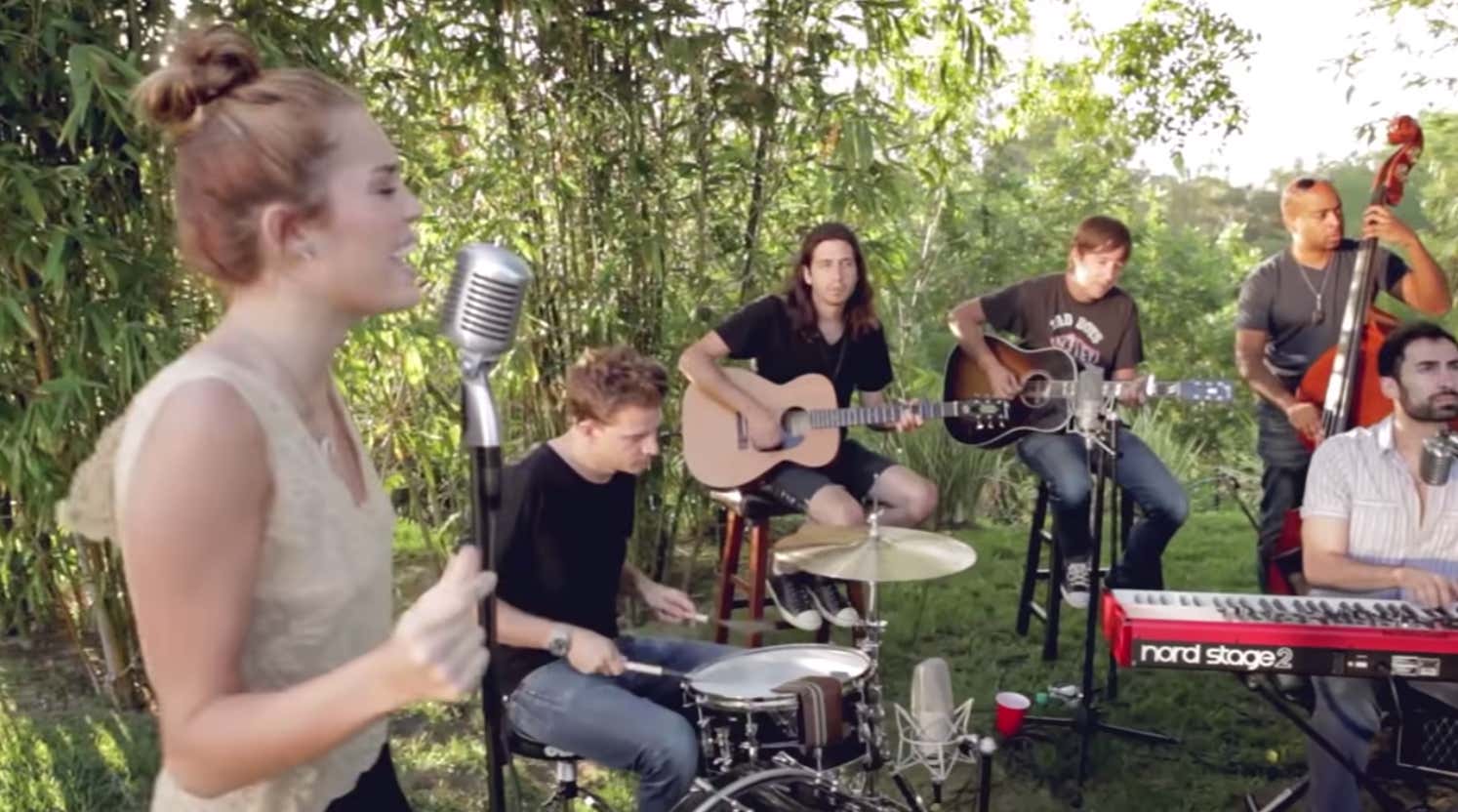 So of Midnight Sky she goes on to explain,

And it did sound & look classic to me. Personally I got Fleetwood Mac (01:06) & 80s vibes with Joan Jett & Madonna style among others. Give it a few goes & it grows on you fast.

The lyrics also go along with a big theme in the interview & something #CHD covers often; being empowered with who she is in spirit, sexuality & in her independence.

After a rough divorce in the spotlight where she was shit on for moving forward 'too soon' it's celebratory. She's made it to the other side of heartbreak & is embracing herself. Miley continues doing her own thing despite a constant, lifelong barrage of judgement whenever she does something that makes her stand out.

At this point she embodies a lot of what Alex puts out there for the women listening,

"You belong to yourself, you can do whatever the fuck you want and you don't have to apologize for anything."

Roll your eyes all you want, but this is IMPORTANT for women to hear. It happens for men in ways, too, but especially for women - There's always a double standard and the more confident we are, especially when it comes to our bodies & sexuality, the more painfully insecure men will line up to invalidate us…. We are supposed to feel bad for our behavior and when we don't it's infuriating to them.

A quick scroll through the comments of the #CHD vlog / Twitter post finds them right away - Boys who will never be as successful as these women in any way, from career to personal fulfillment, and they are angry inside. And in a roundabout way these are the fellas who validate what women like Alex & Miley are so open & encouraging about the most… Being unapologetically ourselves in the face of those who do not want us to be. 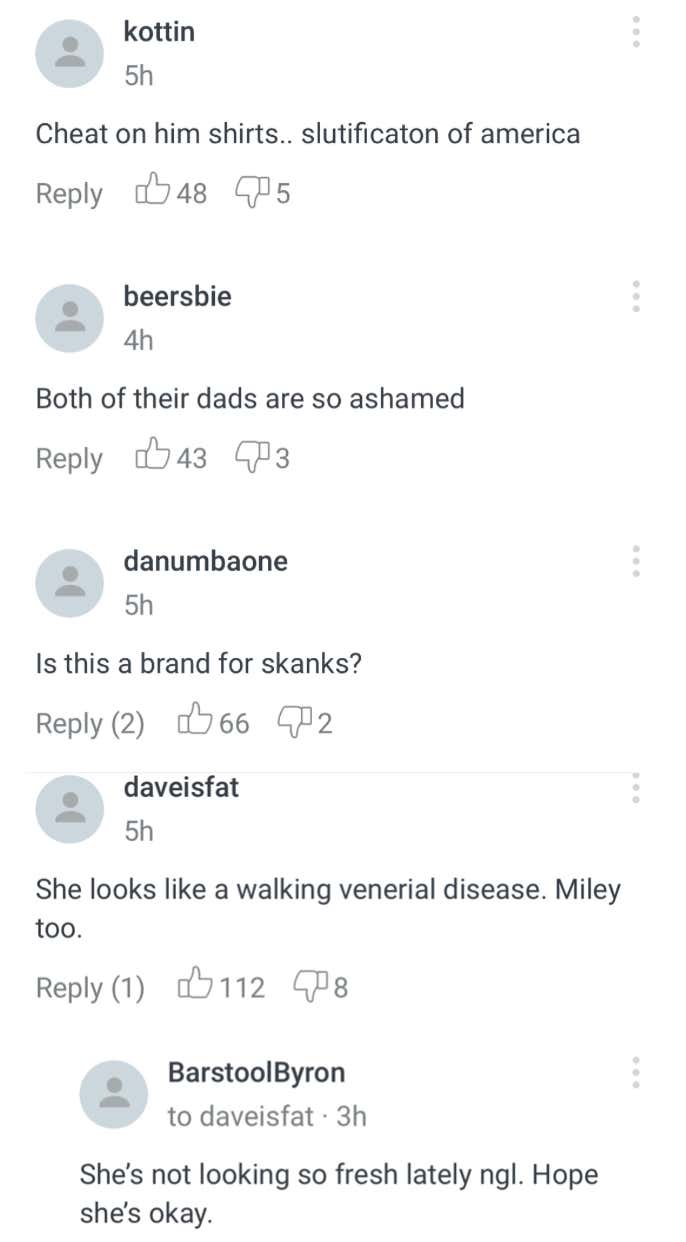 Look at anything Alex does & you'll find endless examples of this. They're calling one of the hands-down most wildly successful & savvy people at Barstool Sports and host of a top-10-in-the-nation podcast a loser, and they are rattled enough to take time out of their day to voice it publicly without realizing it only makes her more powerful. And the more she grows, the better it is for all of us here.

She's rustling weak men's feathers (hOw dArE sHE eNcoUraGe cHeaTinG witH ThOse sHirTs! ThiS iS a veRY seRioUs MaTTer!!1!!!), making waves across the media landscape & climbing the charts without a second thought, and along the way other women who face the same BS on a smaller scale in their every day lives - who have to encounter these comment section trolls in person at their jobs & in their communities - see they can wave at the haters & thrive in their own ways, too. Honestly it's also been a good reminder for me from time to time.

If you think #DaddyGang isn't important to hundreds of thousands of women (men, too!) you have some catching up with the times to do, 'cause they'll just take off without ya. They don't need to be loved by you.