Source - Tim Declercq took a POUNDING while riding in a major bike race in France on Thursday -- when a hail storm broke out and destroyed his entire back!

The 31-year-old Belgian pro cyclist was racing through Stage 2 of the Criterium du Dauphine in the Chartreuse Mountains when the hail began to fall hard.

People scrambled for shelter -- but Declercq couldn't get out of the way fast enough, and the ice balls smashed his back up leaving massive welts. 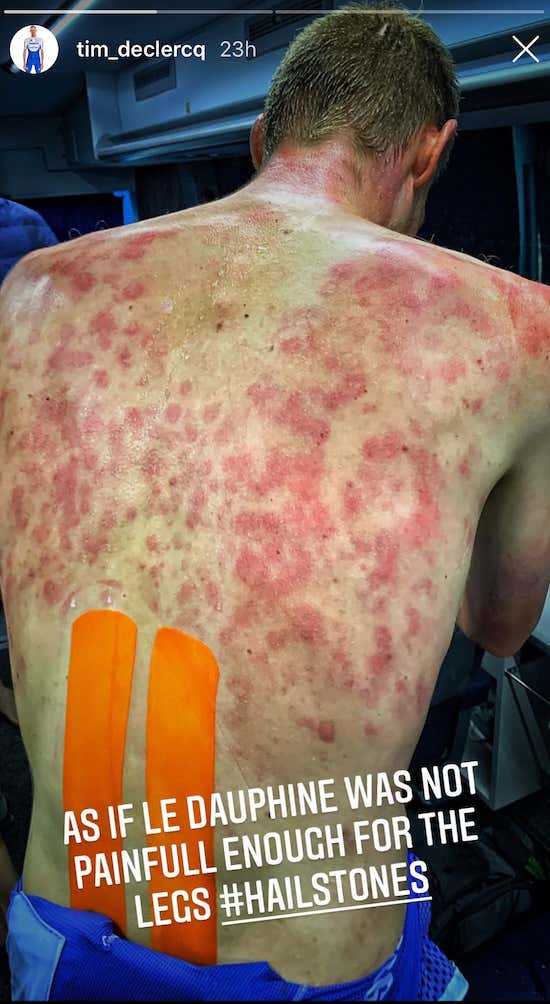 I don't even have a weak stomach, but really? THIS is what happens when you bike through a hailstorm??? 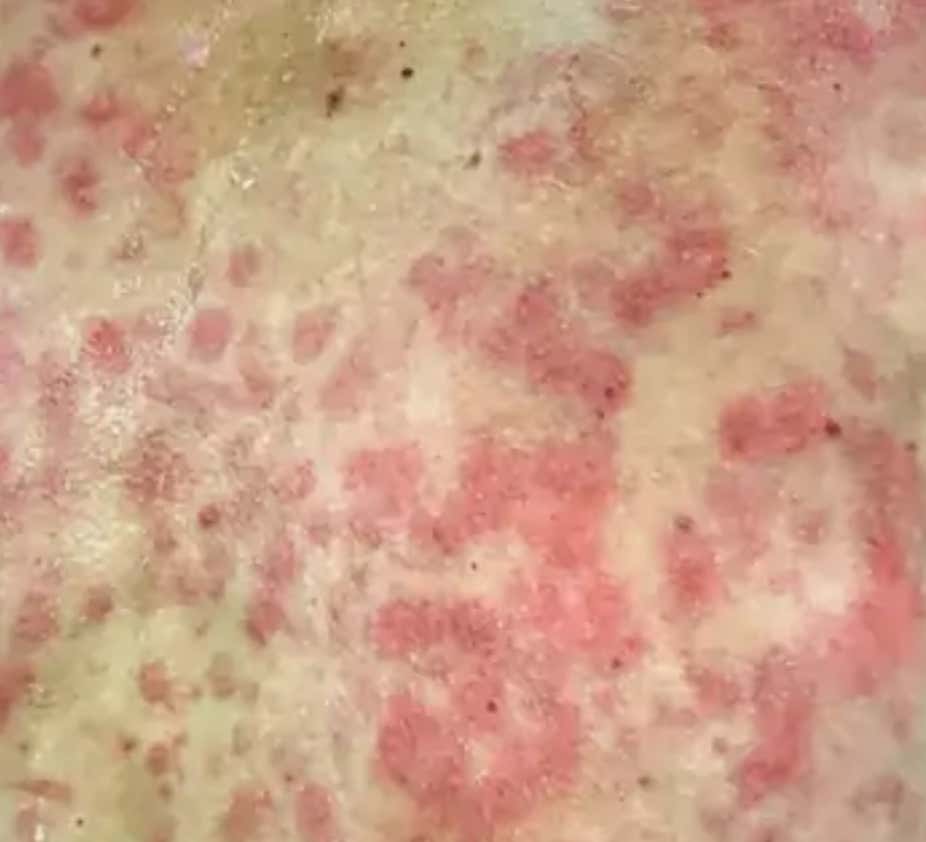 Here's a video of the hailstorm he rode through…

Lucky for him he's already on the path to recovery… 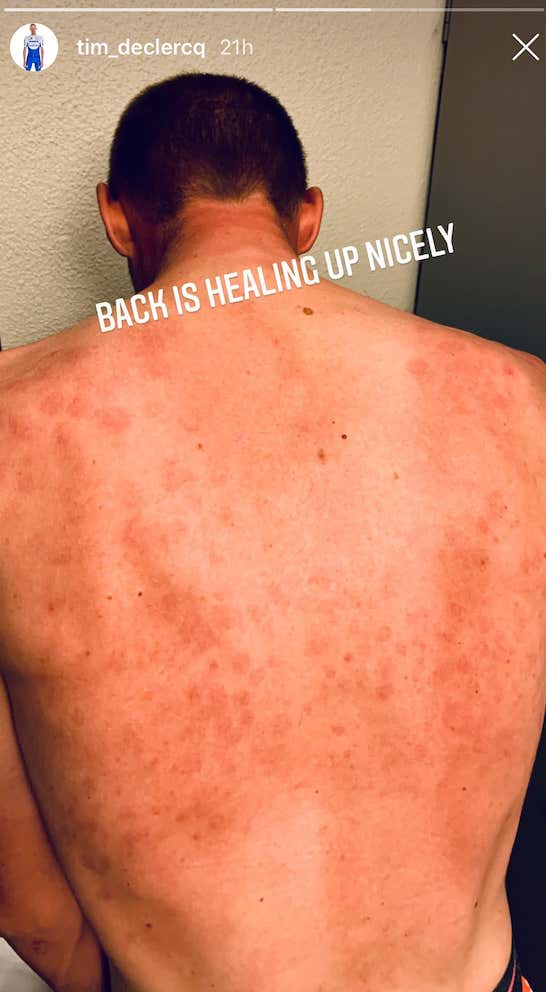 Thank god. Note to self: if I'm ever on a CitiBike while it starts to hail, pull over. It's not worth it. Best of luck in the future, Tim, and watch out for the weather.