A quintessential summer country song here by Morgan Wallen. River swimmin', memories of simpler times, beers, old flames, freedom. This song checks all the boxes for a chart topper. It's not really my kind of country music anymore, but it would've been on repeat for me in the car about...seven summer ago.

I feel like I've lost touch with mainstream country music a little bit, but it would appear that Morgan Wallen makes girls melt. He was trending nationally this morning after his song dropped at midnight. A song that was highly anticipated because parts of it were somehow on tiktok and used for videos before it was even released. Or something. I don't really know how it works. The girls though...they were ready for it

I think this is what the kids call "simping". They simp for Morgan Wallen, his voice, his guitar, and that country boy look. Good for him. Decent enough song I guess. There also seems to be a huge overlap between Morgan Wallen simps and Daddy Gang members 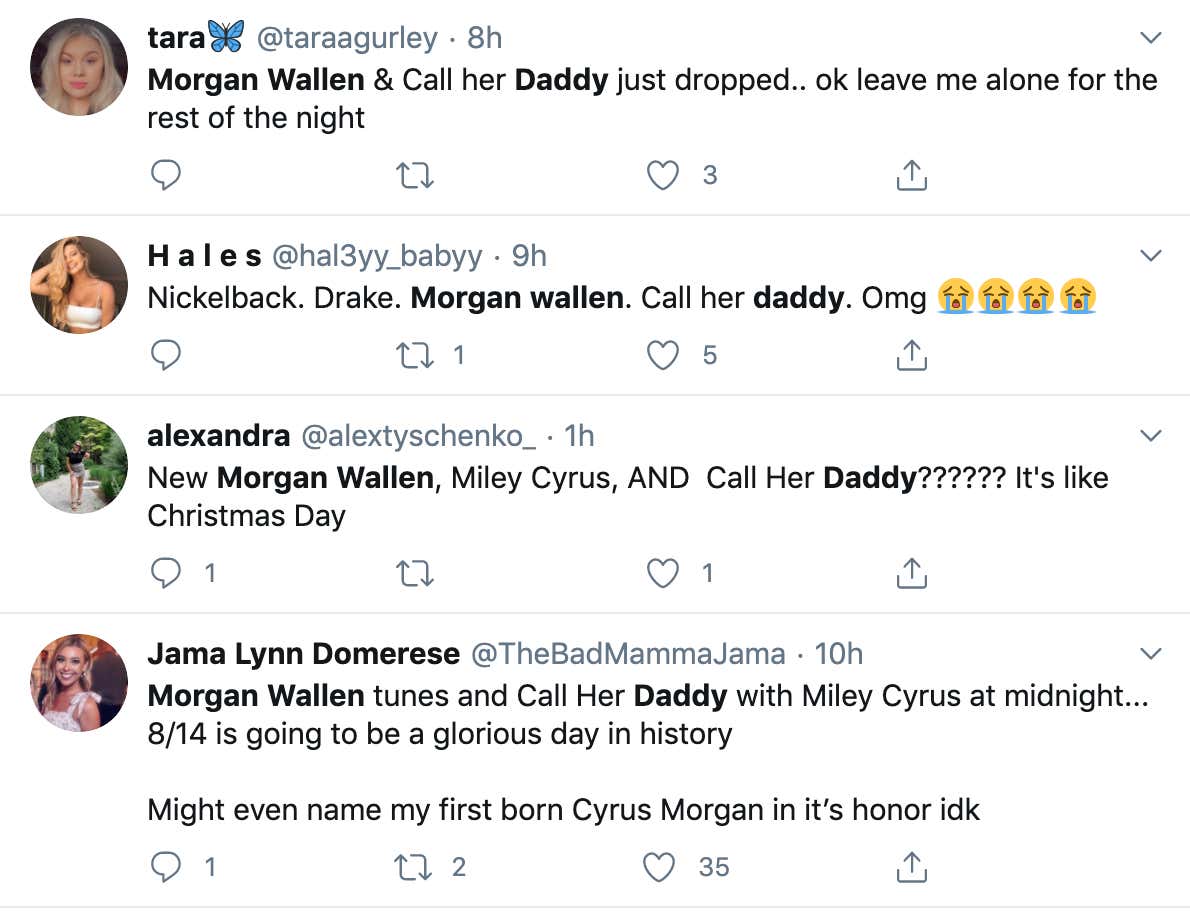 So call your ex, put on this song, and maybe you get the gluck gluck 9000. Have yourself a weekend.

PS: His cover of "Cover Me Up" is legit.