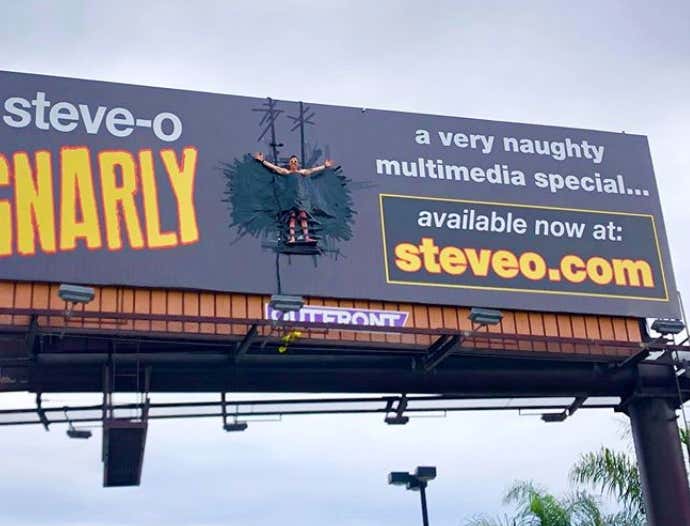 I don't even know how I would explain Steve-O to the younger generation, because they simply wouldn't believe you. You would be like "he was a stuntman…but not trained. He just did anything and everything while high and drunk the entire time for years, and filmed it all." And they would be like "what kind of stunts?" and you'd be like "I don't know, he always stuck things up his asshole, stapled his balls to his leg, got his ass pierced shut, launched himself in a used porta potti, used himself as human bait for sharks, belly flopped into pools of elephant shit, walked a tight rope above swarms of alligators, and snorted pretty much anything put in front of him, to name a few. And your friend would be like "but why?" and you'd be like "because he's Steve O".

Unfortunately, despite him asking that no city resources get used and he'd get down safely, the LA fire department has shown up 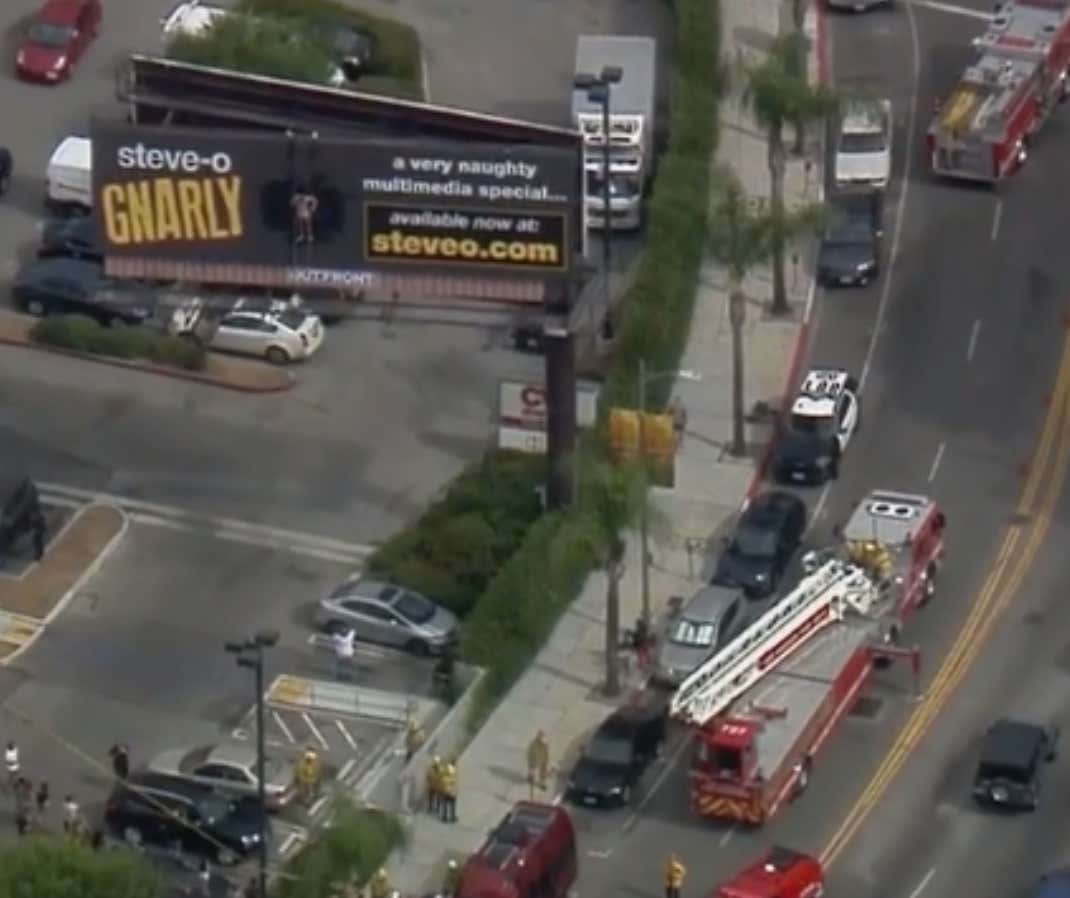 He'll be bummed about that, and probably pay a fine, but whatever.

I'm just glad Steve-O is still alive. He should have died 15 times over, but instead is clean, sober, happy, and takes pictures like this with his wife/gf/fiance/life partner