This is exactly what I expected out of this video. If you send Pacman Jones anything Steelers related, he's going to set it on fire and say for it to go viral. I don't hate the move. I've said it before, but we need hate in sports more than ever. I want rivalries. I want dudes pissed at each other. Pacman is giving us that along with whoever sent what appears to be roughly a zillion Joe Haden signed jerseys to Pacman's house. That's the most disrespectful thing about this all. It's not like he was given it in person or anything like that. Someone packaged it all up, got Pacman's address and paid for shipping. All for Pacman to just set every single one of them on fire.

Now, you may be thinking this was a great move by Haden. Perhaps a little mind games, a little mental warfare if you will. But he hopped on IG to prove it wasn't him: 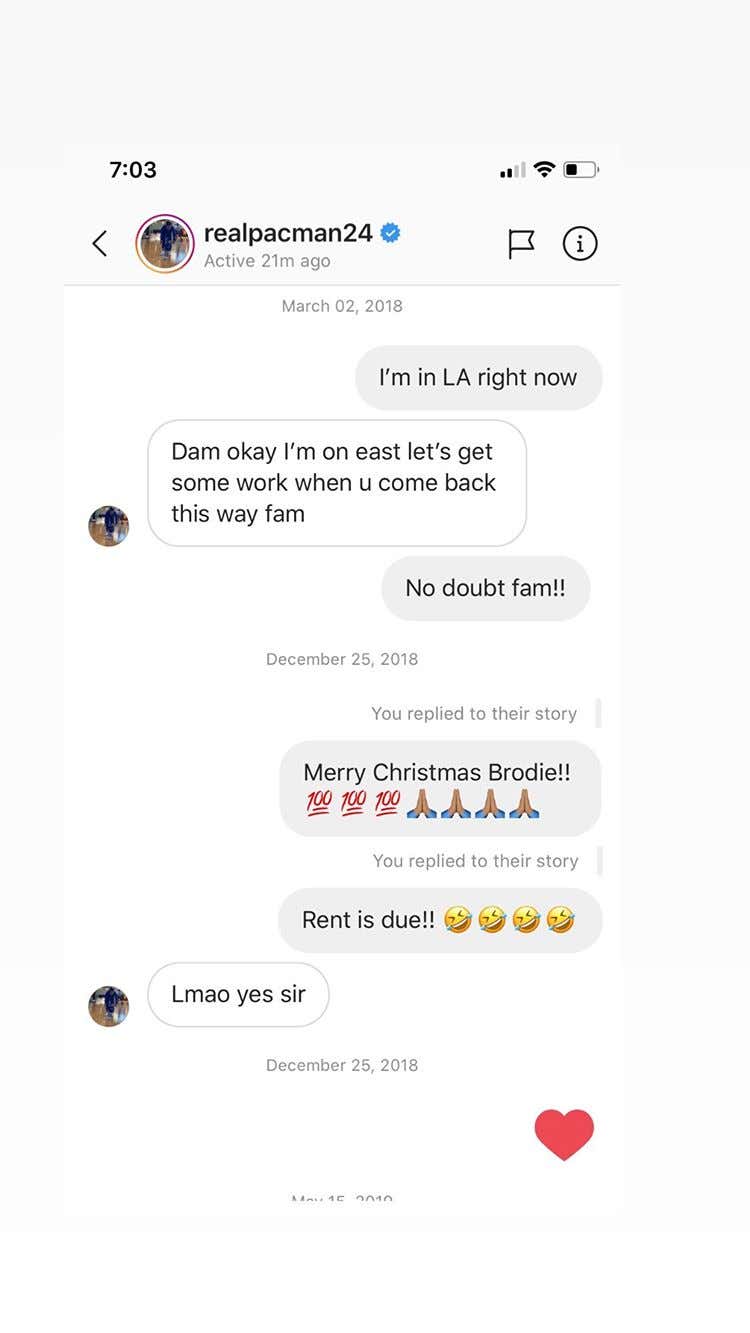 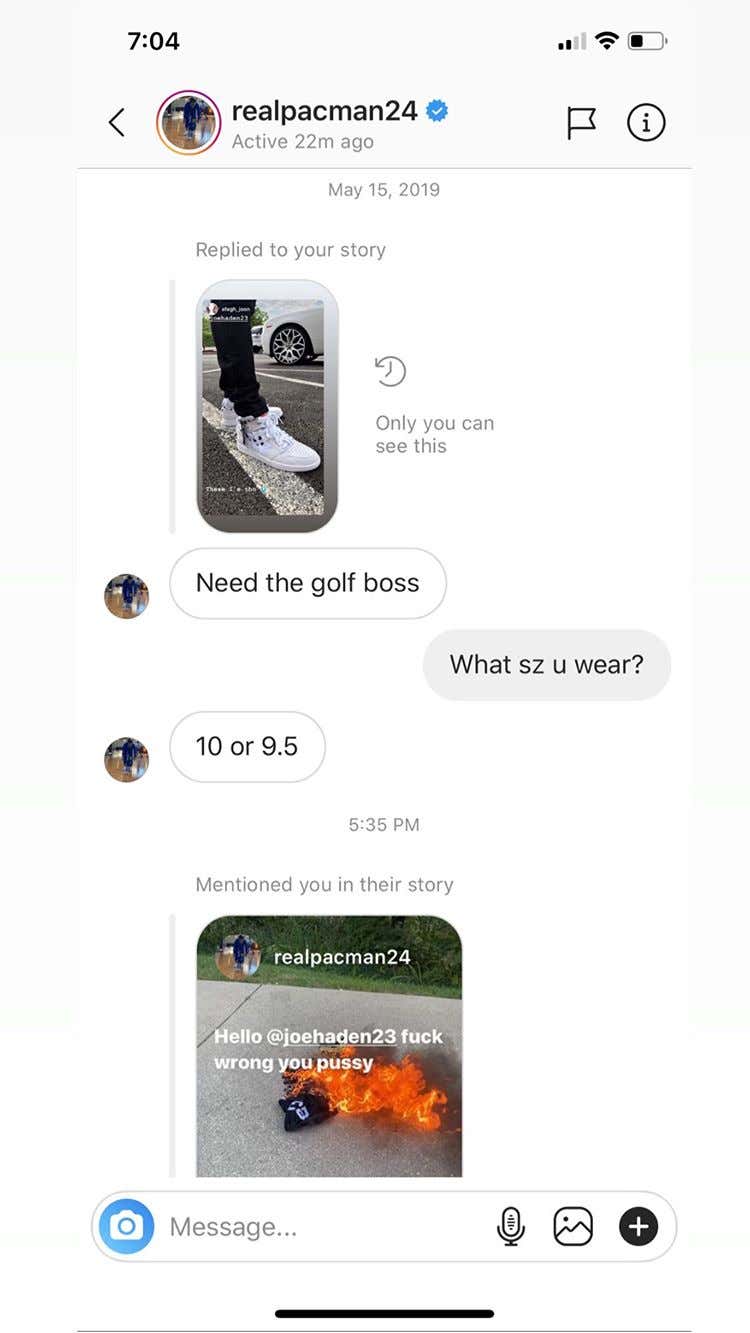 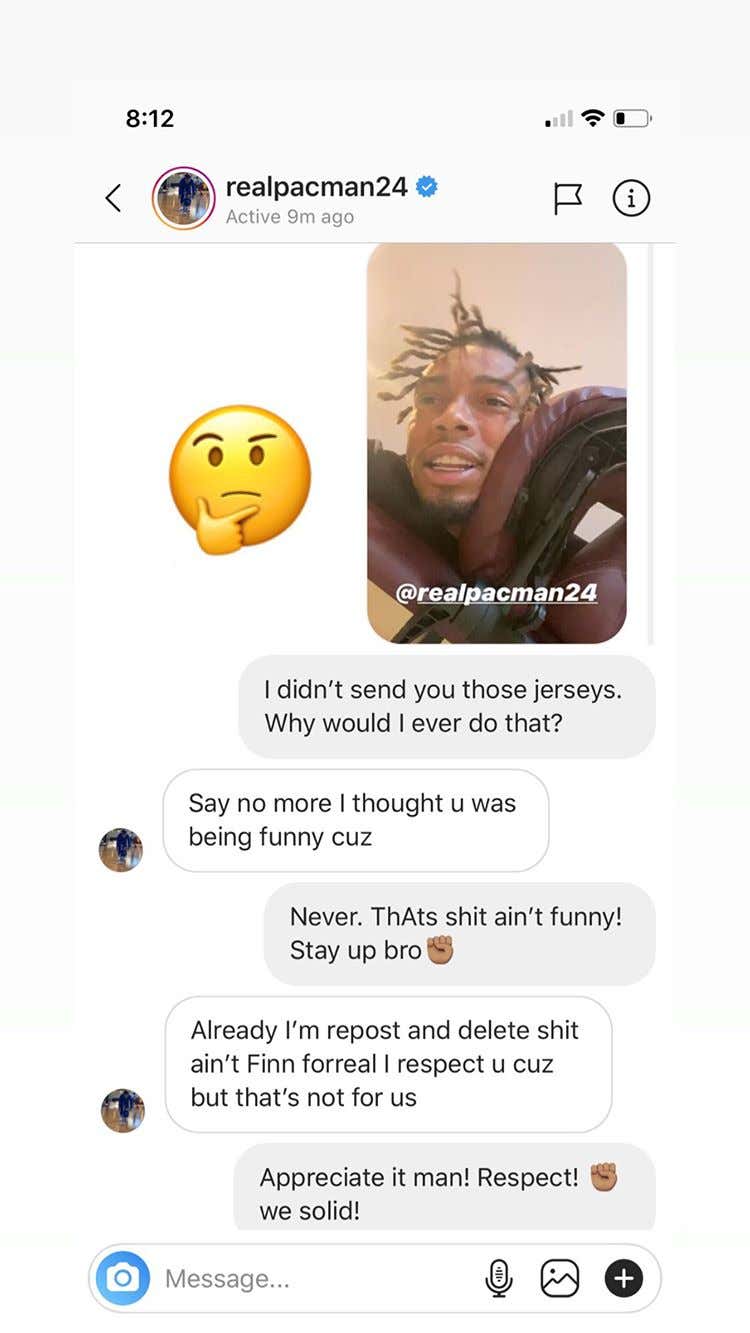 You see Pacman say he'll delete. The post has been up for 15 hours and he's still calling Joe Haden a bitchass during it. Some may say this was an overreaction by Pacman Jones. I disagree. This is simply Pacman. The dudes hate the Steelers. So if you send him signed jerseys, even if he thinks it's a guy he's friendly with being funny, he's going to light that shit on fire. That's an overreaction for me and you but not for Pacman. Shit, this may be calm by Pacman standards.

PS: Could you imagine living next to Pacman Jones? Not even just yesterday when you look out the window and see a fire in the driveway. But imagine you and your significant other are searching for a house in the Cincinnati area, you're checking out Indian Hill, Mason, Loveland, etc. You finally find your spot. It's perfect. Then the moment you close, Pacman Jones is just standing on his front porch lighting shit on fire. You just gotta be prepared for anything at that point.