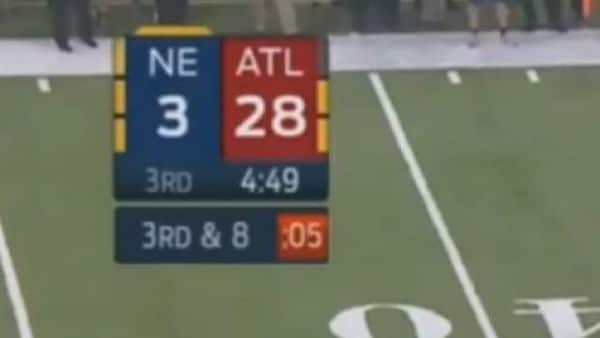 (Globe) - FOXBOROUGH — Dont’a Hightower wanted to inspire his fiancée Morgan Hart as she labored in the 17th hour to deliver their first child. She was exhausted, but the nurse said it was time to push.

Hart, Hightower’s sweetheart since their days at the University of Alabama, says the “28-3″ mantra gave her strength.

Big time football guy move from Hightower here. To see your girl in her 17th excruciating hour of pain and think, "What does this relate to in my life? When have I been down this bad?" only to harken back to any game only proves that Hightower's blood is 99% pigskin. All he knows is football and making the most important, unheralded defensive plays of the 21st century.

And honestly speaking, 28-3 is much harder than giving birth to a child. It has to be. Children are born every hour of every day in every corner of the world. 28-3 has been comeback from exactly one time in Super Bowl history. That's just good math, all the scholars agree. Any-who, I don't know how young is too young to draft a prospect but if I'm the Patriots I look at using a later-round pick for a draft-and-stash on Young Zeus here. No one is aware of the actual numbers but I imagine the amount of children born to fathers' screaming "28-3" at their partners' most southern opening have a 100% success rate on this planet. There's just no chance this kid isn't a born winner with a welcoming to this world like that.