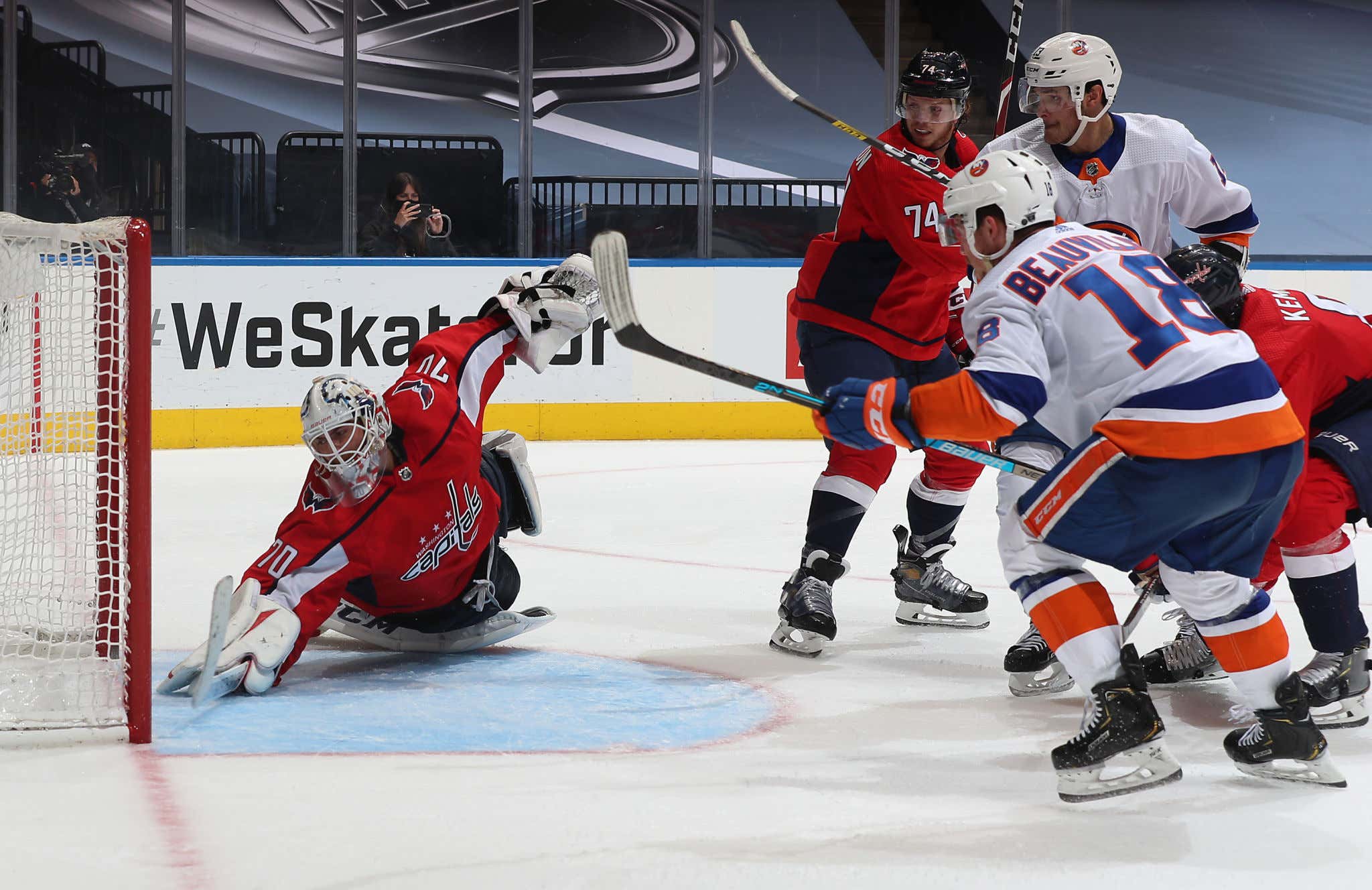 Brutal loss. Gross loss. A loss that will make this team look deep into their souls and hopefully come out on Friday with a completely new attitude. The first period was fine for the first 19 minutes. I might even call it good. The Caps were physical and provoked the Isles into taking a couple dumb penalties, resulting in 2 PP goals from TJ Oshie. And that's about where the fun ended. With a minute left the Isles cut the lead in half, and then came out guns blazing in the 2nd period to tie it up.

And it only got worse.

The Caps looked completely complacent, if not bored, for the final 2 frames. No energy. And Holtby…woof. The first goal he gave up was a routine glove save that he completely whiffed on, and then the 3rd goal…well….

This team will go as far as Holtby will take them, and that's not going to take them anywhere besides a socially distanced round of golf at their local municipal.

There were some positives to this game. Oshie played a great all around game. Stanley Cup Champion Tom Wilson had a pretty good tilt with Anders Lee

And it was nice to see Carlson back on the PP. Thought the 4th line played decent as well too.

Negatives…a lot. And though it's not a "negative", the whole team was hurt by losing Backstrom early on. Probably should have mentioned that earlier. Losing Backstrom for the game early in the 1st period changed everything. Hope he can bounce back for Friday, because he's obviously a huge part of the team.

Speaking of Friday, I would put Fehervary and McMichael in. Fehervary should have never lost his spot, and McMichael could be a spark plug we need. And Holtby is on thin ice. 2 softies today, 1 more like that and you have to start thinking about yanking him.

Hey, we lost game 1 in 2018 and that turned out well. Not time to panic. Long ways to go. Just gotta be better. Onwards and upwards.