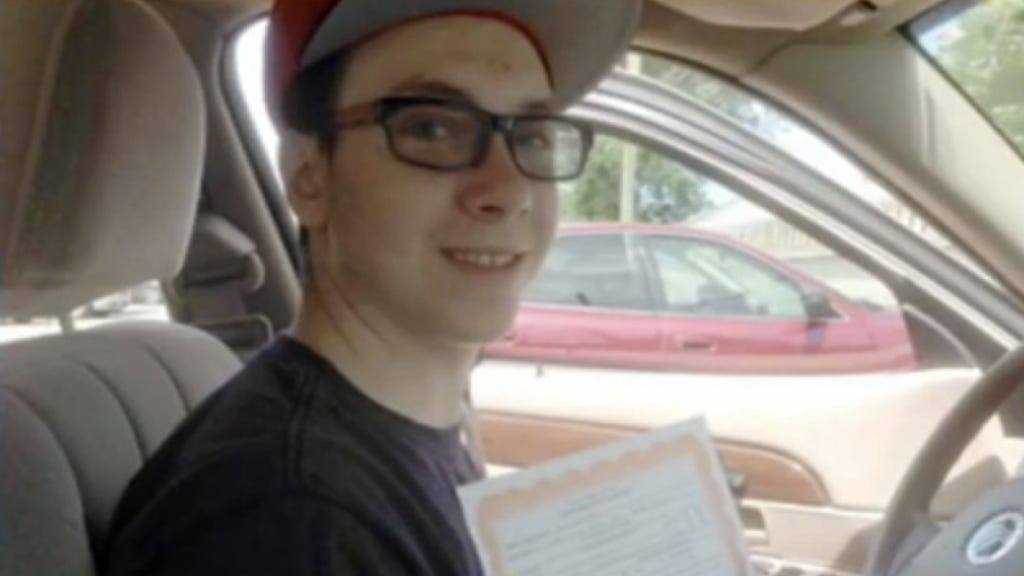 LOUISVILLE, Ky. —A Louisville pizza delivery driver was stabbed and carjacked, but managed to drop off the pizzas before collapsing. Willow Rouben, regional manager for Spinelli’s Pizzeria, said Josh Lewis, 25, left the restaurant’s location at 5th and Jefferson streets on his way to Norton Hospital. Police said Lewis was attacked when he arrived at the hospital around 2:45 p.m. “It’s surreal. I can’t believe it happened to him,” Rouben said. “As he was taking the pizzas out of his car and walking to deliver the pizza, he was stabbed in the back. Believe it or not, he got his pizzas delivered and collapsed in the ER.” Investigators said the suspect, described as a black man in his 40’s, jumped into Lewis’ black Jeep Cherokee and took off. Rouben said Lewis was rushed to nearby University Hospital and into surgery with a collapsed lung. “He was coherent. He’s just an amazing kid and we’re all praying for him. We haven’t stopped thinking about him,” Rouben said.

Frankly I’m a little disgusted this kid doesn’t have a GoFundMe stuffed with enough bitcoins to buy an island in the Caribbean right now. Aside from saving a brother in combat, this is the most goddamn heroic thing I’ve ever heard. I mean can you imagine the scene? Everyone stoned in the house wondering where their pizza is (because if you’re ordering delivery pizza for lunch you’re probably high) until there’s a ring at the door. Then this bloody mess standing their with knife wounds manages to tell you, “Hot and fresh just the way you like it,” before passing out? That’s like a fucking action movie. Action movies star heroes. So by the transitive property (I think) that means this kid was a true life hero. Get this guy a GoFundMe and give him 5 bucks for every time you wondered, “Where the fuck is my pizza,” because I promise that delivery boy wasn’t giving 1/1000th the effort that Josh Lewis was.

Editors Note – Huge shock this happened in Louisville.  Not.