Threw out this half-assed tweet that has already been made 1000x this morning:

And got this response: 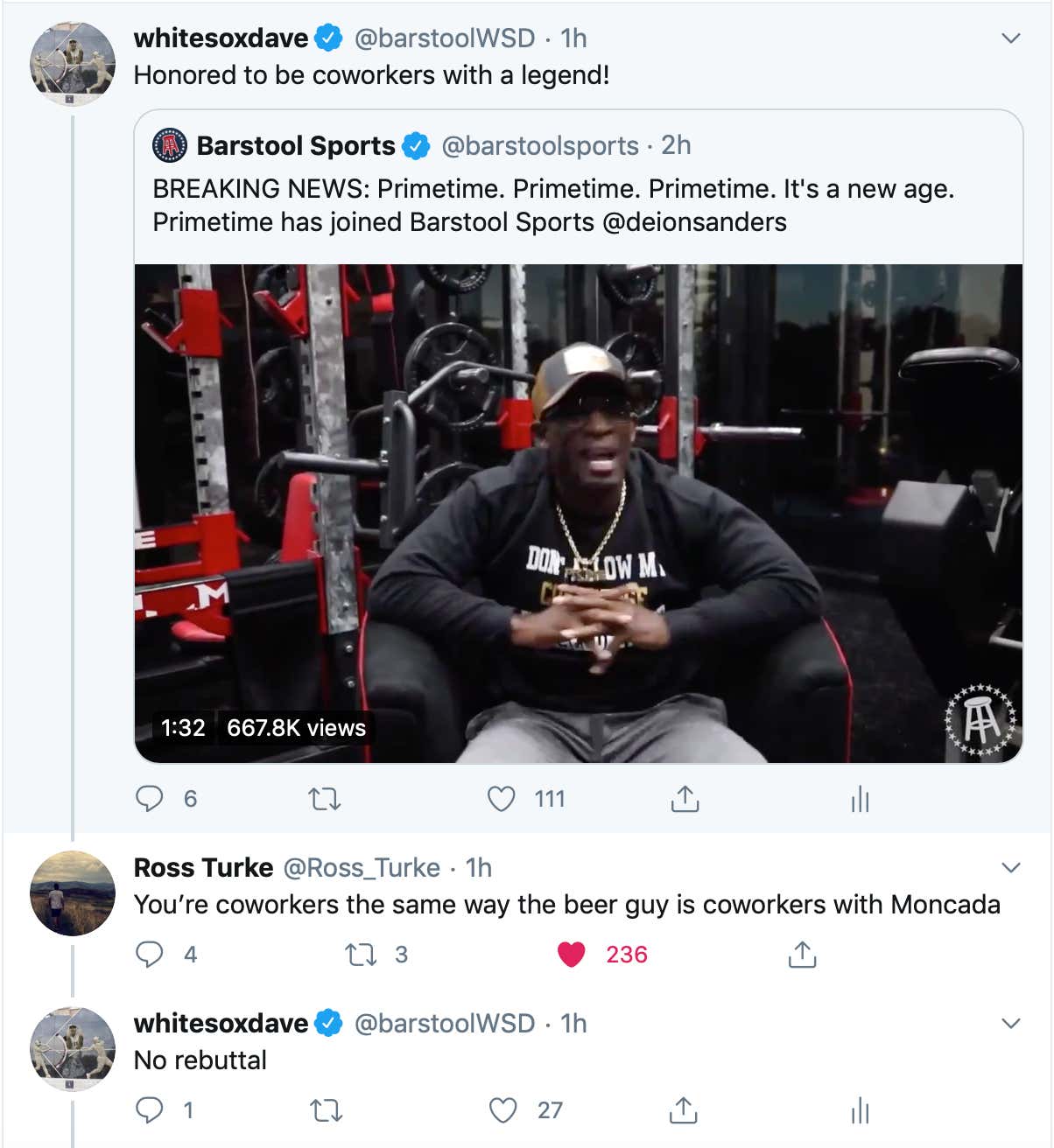 Usually I'd snap back at vitriol like that, but I couldn't. I read it and immediately started pounding brown liquor.

I stayed up all morning thinking about it, then something occurred to me and I fell into a deep, peaceful sleep. Ya know why? He's right. Goddamnit is he right.

Ya know who's not right? This guy:

In my less mature days, I'd go crazy on this guy and maybe even challenge him to a fight. But now that I'm the old age of 30 31 (I literally forgot my age right there for a split second) I just let the haters hate.

Sure it's made it's way into a blog, but not because I'm mad. Because I just find it incredibly ironic that

1. Another "man" (more than likely a scared shitless kid, as Sean Maguire would say) gives a flying fuck about what anyone else makes
2. He's taken time out of his day to create an account that features my picture as his profile and trolls me as much as he can with lies
3. He is calling me a loser when the above points 1 and 2 are something he is taking part in regularly and from multiple accounts

Am I eating the trash by giving him the time of day? Sure. I wouldn't say I'm letting him win necessarily, as I'm a 7 touchdown favorite because I'm doing what I love and living financially comfortably while he sits in my mentions and tries to fuck with my daily, but I did just fumble a ball and and let him him scoop and score for sure. Just remember though, the original point of the blog was to talk about how goddamn funny the "You're Deion's coworker the same way the beer guy is Yoan's coworker" tweet was.

Long story short - if you're gonna troll, at least be funny and please god don't be a hypocrite. Calling me a loser while you dedicate your life to worrying about what I make and what I do for a job is pretty hypocritical. It renders your whole troll attempt useless and poor. Take it from me, a noted internet troll that operates under the pseudonym "Troll Sox Dave" regularly.

Now if you'll excuse me, I'm about to construct a clickbait blog for Barstool Gametime where I'm scrolling through big-titted IG models now. That's part of my job. Wouldn't trade it for anything in the world!