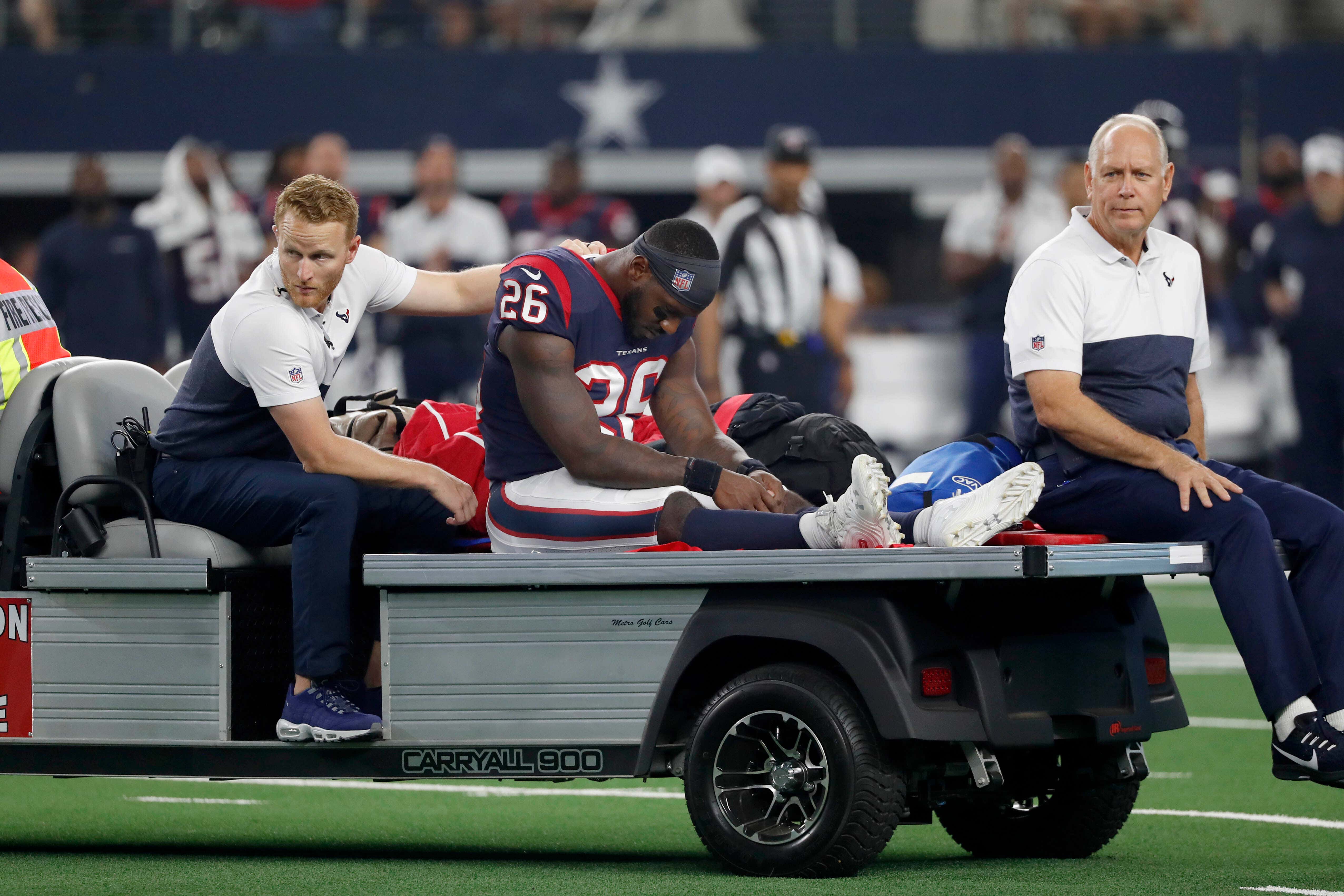 I have to admit, when it was announced the Patriots had signed Lamar Miller pending a physical, it didn't move the needle much for me. With all due respect, a 29-year-old running back we last saw riding on the back of a flatbed Carryall 900 with a ripped up ACL isn't the most blog-worthy topic, so I left it alone.

Make no mistake, Lamar Miller in his prime most definitely would. The Miller that played in 92 games in a 96-game stretch. Who averaged 5.1 YPA in 2014 and was good for 30-to-50 receptions a season. This Miller:

But still. Tough and versatile as he is, Miller's  game has largely been based on having 4.38 speed, and guys who are approaching the age when running backs typically need to be taken out back behind the barn don't hop off the operating table and start running sub-4.40.

Besides that, Miller struck me as not much more than a flyer. A camp body to see if maybe he's worth a mid-season call if you end up in an emergency situation like 2018 when your bellcow back for two weeks was Cordarelle Patterson. But otherwise he'll be lost in a deep depth chart that includes Sony Michel, Rex Burkhead, James White and Damien Harris, who didn't get reps as a rookie in what basically amounted to a redshirt year for him.

I don't know, though. The more I think about Miller, the more I sort of like the Pats shooting their shot like this. Granted, Miller, for all his accomplishments, on the ground has never put together a 16-game stretch that equals Michel's first 16 games:

… yet Michel still hasn't been taken off the PUP list, either. Let's say that doesn't happen by Week 1, I think we could all live with a rotation of White, Burkhead, Harris and Miller, if he passes the physical. Especially in an offense that we can all reasonably expect to add more "run" to the "run/pass" mix.

As far as his ACL, sure it's a concern. But the Patriots have been making it clear they don't regard it as much of a concern. Philosophically, they established that as far back as 2014, when they took Dominique Easley in the first round. He only worked out for a couple of years, but it wasn't because of his knee. When Wes Welker suffered a blowout in the last game of the 2009 season, I had him penciled in as the Comeback POTY, for 2011. He went under the arthroscope in January 2010 and was back in the lineup by Week 1. His numbers were down, to be sure, from 1,348 yards to 848. But the next he hit a career best 1,569. So ACLs are not a career death sentence.

If I had to guess, a healthy Michel kicks a healthy Lamar Miller off the depth chart. But for now, in mid-August the Pats just managed to add a 2018 Pro Bowler with some electric career highlights.

All for the reasonable asking price of nothing. I don't know why I was so down about the signing 24 hours ago. There's no reason to be blase' about that.