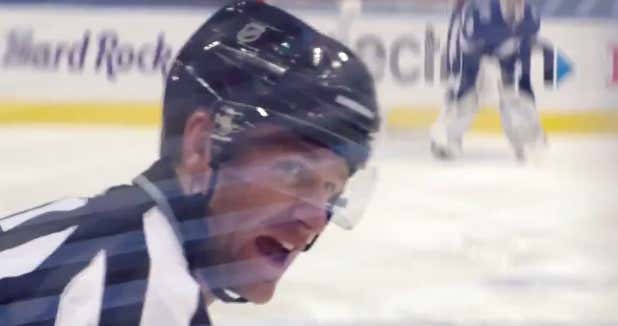 because NHL players are so naturally funny and entertaining, it's a damn shame to waste it.

But let us not forget just how good the NHL officials are too:

Gosh bless Wes McCauley. Knows his job isn't to guard nuclear codes, but to watch hockey and occasionally send a guy to the box for tripping. It's so, so, so much better than baseball umps who legit think they are bigger than the game. Umps are the most self-important officials in all of sports to a factor of a million. Hockey refs just want to joke around and chirp a bit. I don't know if I've ever seen an ump smile, nevermind joke around with a player mid-game.

I think eventually we will get the full mic'd up feeds, but for now, these clips will suffice.