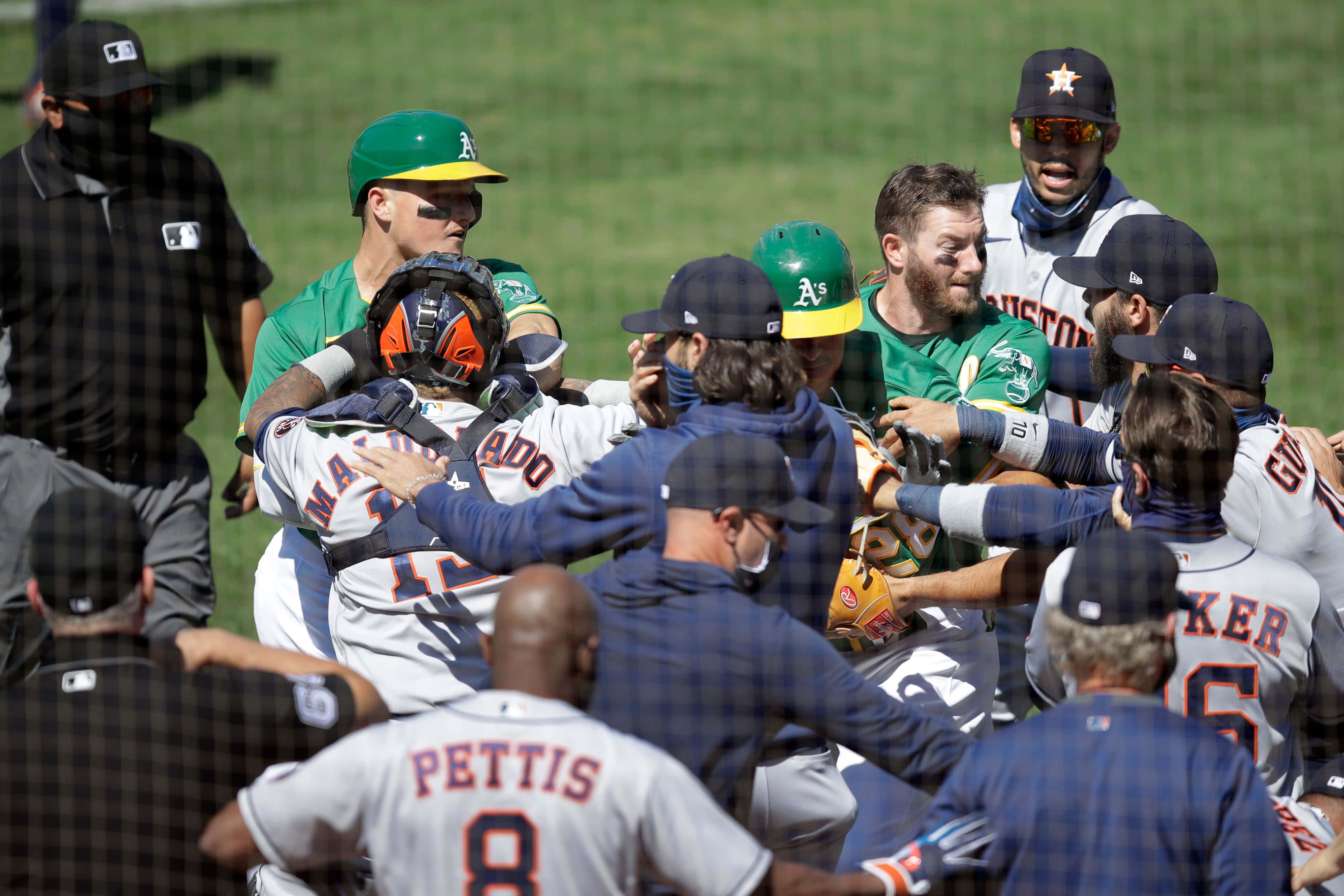 Well color me shocked. Major League Baseball got these suspensions right? What the fuck has 2020 come to? I was expecting Cintron to get 5 games and Laureano to be gone for 15+ the way Manfred usually handles these things. I mean Joe Kelly didn't hit anyone nor was he ejected and he got eight games (equivalent to 22 in a full season). I guess they actually took their time with this mini investigation and figured out Cintron caused everything, egged Laureano on, and watched from the stands as the brawl ensued.

After reviewing the whole situation it was obvious Alex Cintron deserved the most games here by far. The brawl simply does not take place if that coward is not involved. If MLB sided with the Astros AGAIN and protected their guys once more then the ripple effect would have be uncontrollable. It would have been obvious to the rest of the league that the Astros can do no wrong in Manfred and Chris Young's eyes.

Now in reality a suspension for a hitting coach is whatever. It's basically just 20 games that he doesn't get paid. His presence in the dugout won't be overly crucial to the Astros. In a perfect world he would have gotten the whole season for being a total scumbag and a piece of shit. Laureano is one of Oakland's better hitters and their best outfielder by far. Losing him for six games, which is 1/10th of the season this year, will sting more than Houston being without Cintron. The A's are one of the hottest teams in baseball right now, but six games sounds about right for charging at a dugout like a mad man. I mean you have to get something for that. Ramon said he expected to get suspended and I would imagine he sees six games and is content with it. He still will probably appeal and try to get down to 4 or 5. Still makes way more sense than Kelly getting eight for being wild on the mound and making a funny face at Correa. I fully expect that to get reduced to somewhere around four when the appeal is all sorted out. It just has to be.

For now respect our king Ramon as he serves his time and buy a shirt.