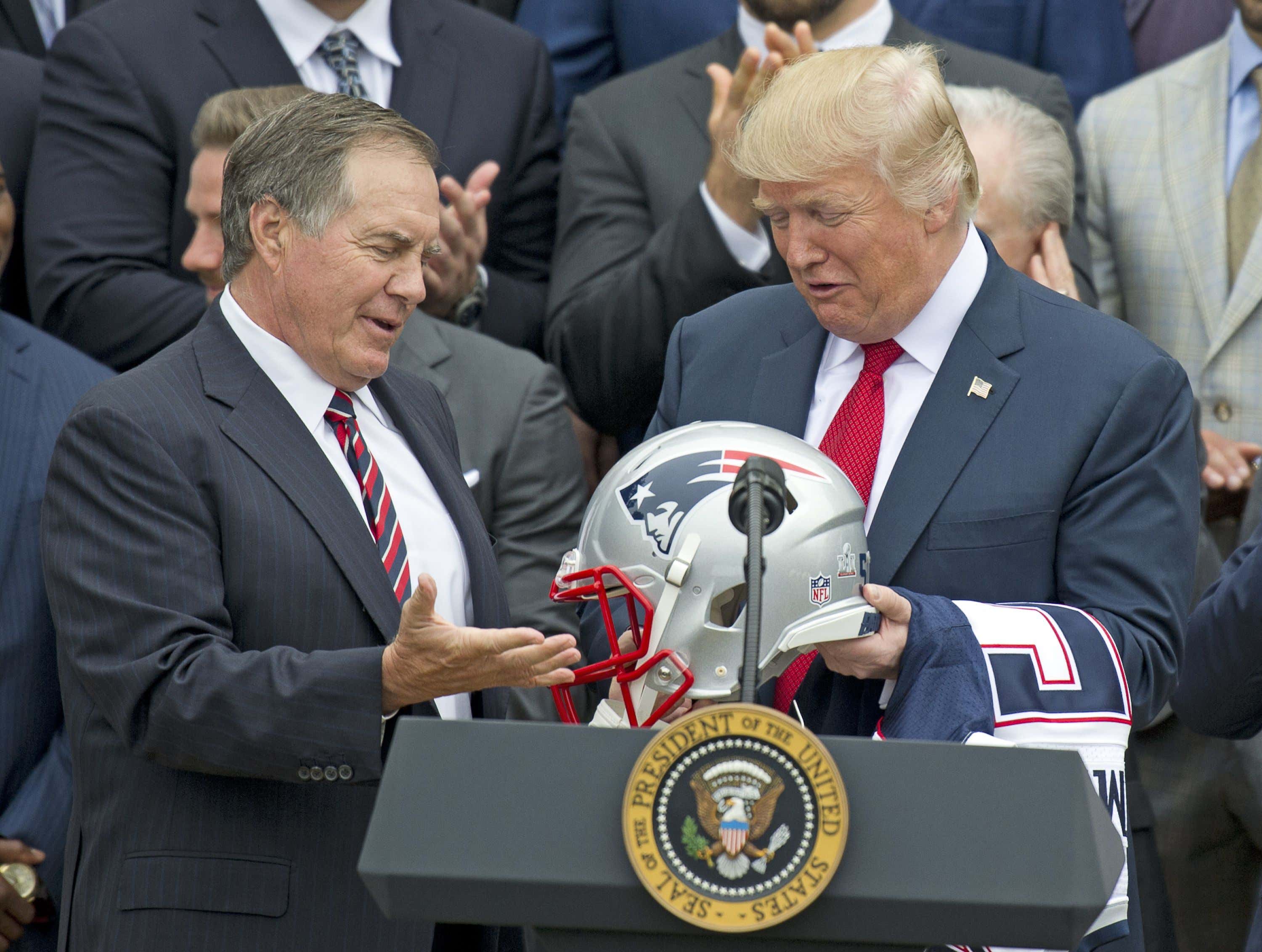 If you haven't been paying attention, President Trump has been on a media blitz today, doing a series of radio call-in spots around the country. Including The Hugh Hewitt Show. By way of full disclosure so there's not appearance of a conflict of interest (and not at all a humblebrag to remind you all what a huge deal I am), I too have been on Hugh Hewitt, as part of one of my Literary Whore Tours promoting my books. 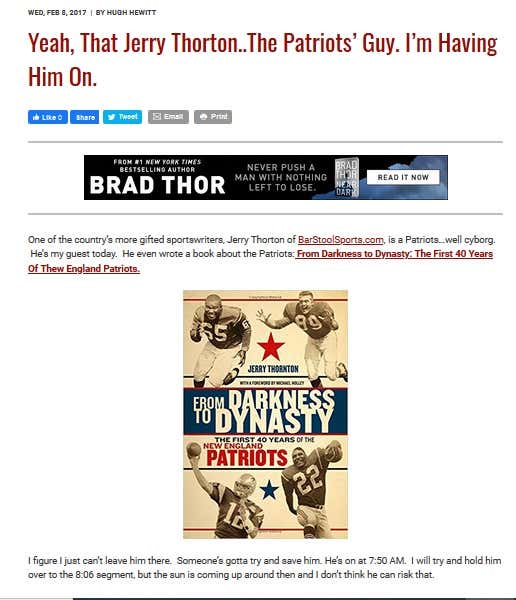 They could've spelled the name right, but that's a common mistake. They were gracious hosts and I appreciated the invite. Hewitt's a right-leaning lifelong Browns fan who still resents Bill Belichick's time in Cleveland and hates his New England success almost as much as he hates hearing the name Art Modell. Whatever you think of his political leanings, no one can hold that against him.

Anyhoo, Trump was on and the conversation quickly turned to the topic every President of the United States or political candidate for public office needs to address. They say the hottest places in Hell are reserved for those who refuse to take sides in a crisis. And we need our elected officials on record of where they stand in the most hotly debated issue from September to day this accursed year comes to a merciful end:

In this interview, the questioner came right out with it.  (The audio is here.)

HH: You just weighed, you just weighed in on Jordan v. LeBron, so I’m going to start with an easy one for you since you’re friends with both Belichick and Tom Brady.

HH: Which one has a better chance of winning the Super Bowl this year?

And after trying to pivot the conversation around to kneeling for the National Anthem, Trump had his feet held to the fire.

HH: Are you going with Belichick or Brady?

DJT: Well, I would say this. You’ve got, if you ask me coach on coach, I like that as a better question. You always have to hit me with these very tough questions. I think they’re both going to do great. They’re both friends of mine. I’ll tell you, Belichick is an incredible coach, and I think he’s going to do really well. This guy just knows how to win. And he’s a very good friend of mine. He’s a winner. You know, if I ever had a military battle, I’d call up Belichick and say what do you think? What do you think? Give me a couple of ideas.

HH: I’ll tell you, he was not so great with the Browns, Mr. President.

DJT: And he’d be as good as any general out there. And I think Tom, you know, Tom picked a team where they have a very good offensive line and supposedly great receivers, great receivers. And he did that on purpose. He didn’t pick a team just for the dollars. He picked a team that really supposedly has some real talent that hasn’t quite gotten there, and in a long time. So I think Tom’s going to be an interesting person to watch.

HH: Well, that sounded like a Belichick nod, though.

It sounds like a nod to Belichick to me too. The Commander-in-Chief acknowledging that, while the GOAT of playing football surrounded himself with a talent, the GOAT of coaching is the guy he would go to if he ever had to plan a military battle. Because Belichick is a winner. The go-to guy for all military engagements, who could walk into the Pentagon situation room and tell those military lifers on the Joint Chiefs from all the branches a thing or two about laying out battle plans.

Russians expanding into Eastern Europe? The Chinese trying to take Taiwan? Trouble in the Middle East? Belichick is your man. I mean, it's not like has no prior experience with military affairs. After all, he's the son of Naval Academy's defensive coordinator. He'd handle any of these foreign powers the way he stopped the K-Gun offense in the early '90s, the Greatest Show on Turf in the early 2000s, used psychological warfare to force Pete Carroll into passing from the 1, and held the 2018 Rams out of the red zone. He's be our real Secretary of Defense if that job came with the same power and prestige as the one he has.

Finally, just as a disclaimer: I know you can't write about a politician now without exposing yourself to mountains of "So What You're Saying"ism from all sides. Mention Politician A without calling them Hitler and you're told you endorse all his/her behaviors. Make a joke about Politician B and you get accused of hating all the good, pure and decent things he/she stands for because you're a monster. So before you go trying to project your assumptions on me, let's be clear about one thing: My loyalties lie with my one true leader. The one who's won me six Super Bowls. Belichick has been in the league since 1975. And until now, no other POTUS has said they want him planning actual battles. Not Ford, Carter, Reagan, Bush I, Clinton, Bush II or Obama. All I ask for is what any voting age adult does, and that's to be pandered to. So it's your move, Joe Biden.