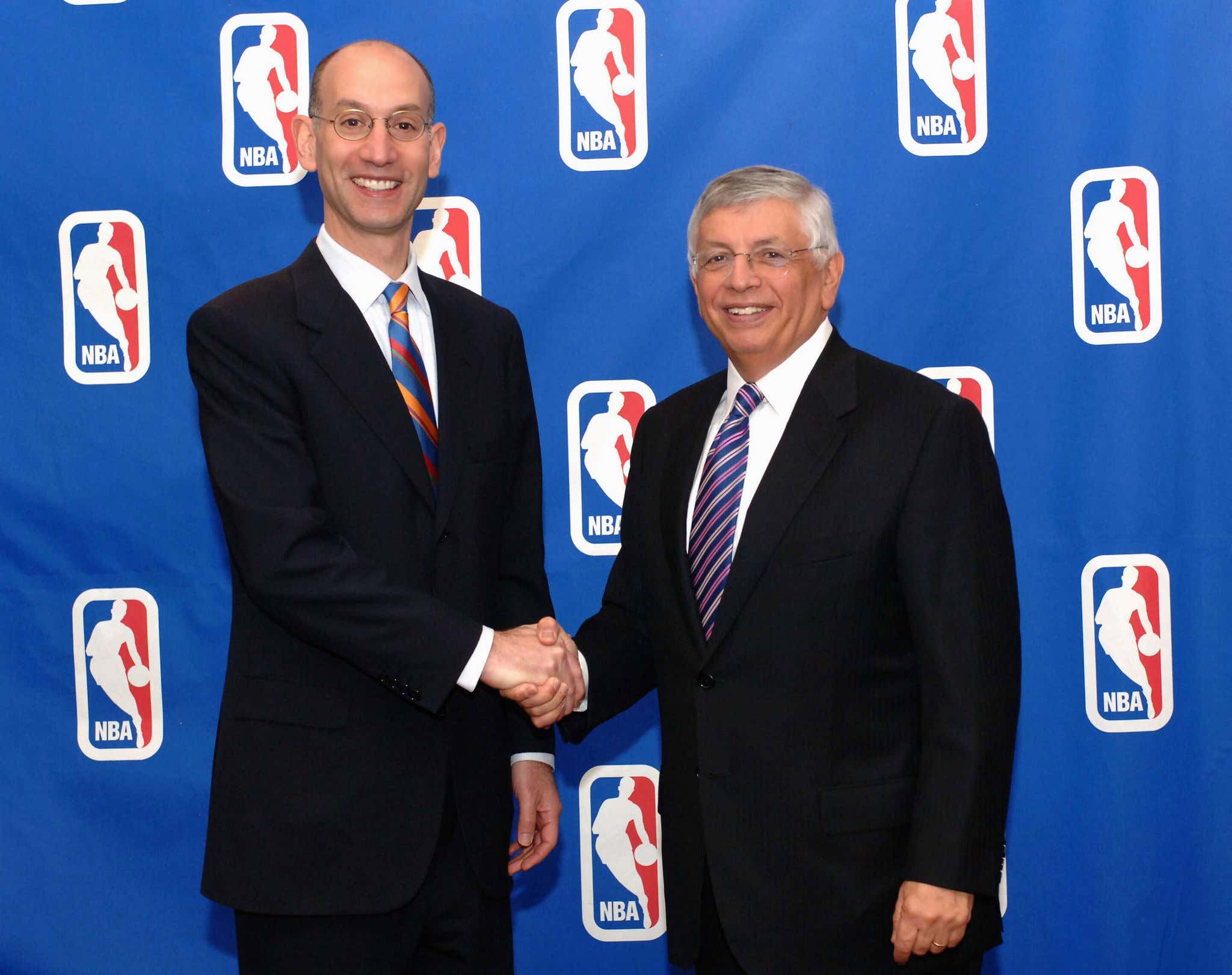 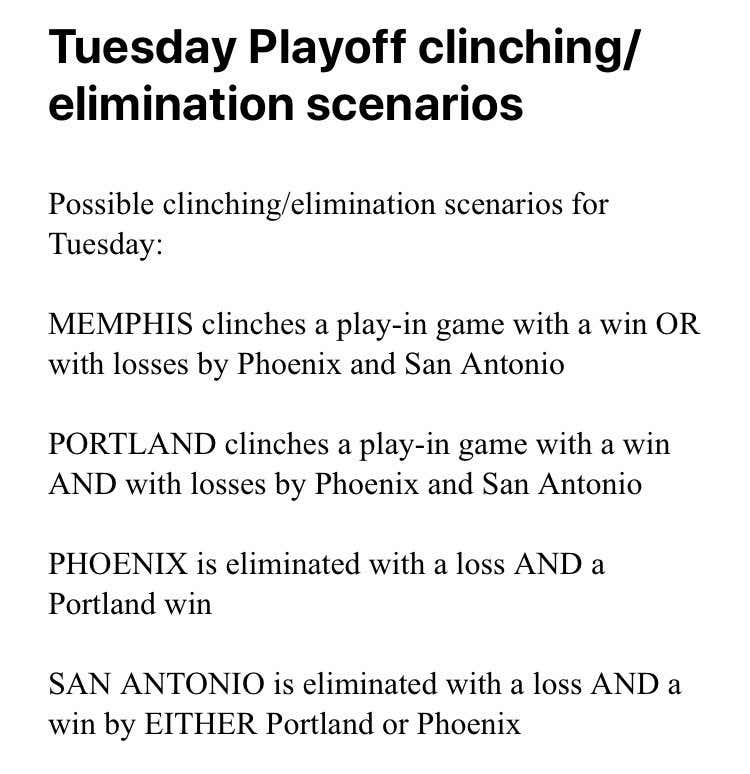 I'll admit, reading all those scenarios made my head spin a little bit. Shit is so confusing to my idiot brain no matter how simple it's laid out for me. Here's what I do know though. Today is the perfect opportunity for Adam Silver to do his best David Stern impression and make sure the league gets the results that would bring in the biggest ratings. David Stern did a lot for the game and the league during his tenure as commissioner, and one thing he was never shy about was finding a way to fix things that would work out in the league's favor. Now it's Silvers turn.

Listen, no disrespect to the Grizzlies who have had a fantastic season, but you blew your chance in the bubble. We all already know the Pelicans did the same despite the league bending backwards trying to find a way to get Zion into the playoffs. Not even Silver could make that team play defense. Imagine being eliminated from the play in game with two games left to play? Woof.

I think we all can agree that the masses want to see a Blazers/Suns play in game when all the dust settles. Teams are already sitting guys in order to help the Blazers get into the dance, and the Suns are the hottest team in the league and it's not even close. Here's how things shape up today

This is where Adam Silver has to make the executive decision to help POR/PHX. Again, I don't want to offend any of these fanbases, but nobody wants MEM/SA or anything like that. I don't care what you have to do, you need to make sure both PHX/POR win today. I'll be verrrrry interested to see how those games are officiated. Now you may think it's shady that the league would fix results to help push a certain result or matchup and to that I say where have you been? That's how this works. That's how its always worked. You think the Kings/Lakers battle in the early 2000s was an accident? Or SA/PHX where the Suns were boned? Or the time the Heat got a billion FTs against the Mavs in the 2006 Finals? Or any LeBron team ever? Wake up.

Since their efforts to get Zion in the dance failed, there's no way Silver let's this opportunity fall through his fingers. Let's have a look at today's ref assignments

Alright I'm surprised there is no Scott Foster today, but then the more I think about it that would be too obvious. But here's what I do know. When Kane Fitzgerald is the crew chief as opposed to just in the crew, the home team winning percentage drops from 67% to 52%. When Eric Lewis is the crew chief, the home team wins just 48% of the time. Curtis Blair comes in at 47%. That's interesting. So while the league isn't being overly blatant about what they want by giving Brothers/Foster to the matchups that matter, there are small things to consider when you think about the matchups the league probably wants.

Silver can only help these teams so much though. They are going to have to go out and execute, I'm just telling you now, keep an eye out for how these games are officiated today. The closer we get to the 17th the more opportunity there will be for some shady business and as someone who roots for chaos I'm all for it.