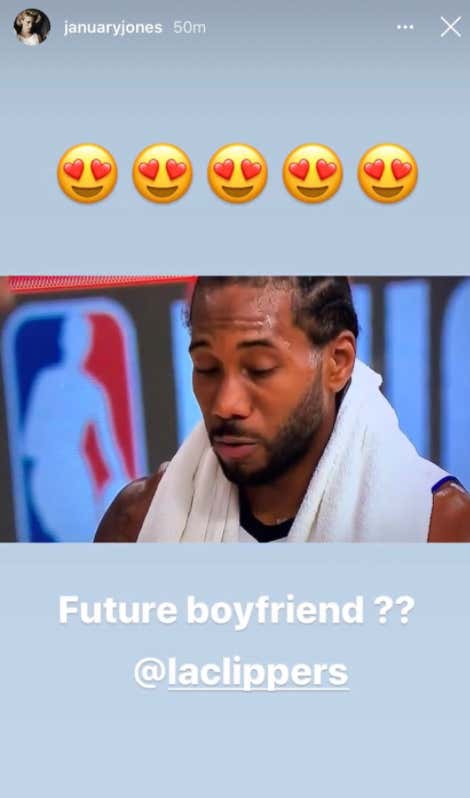 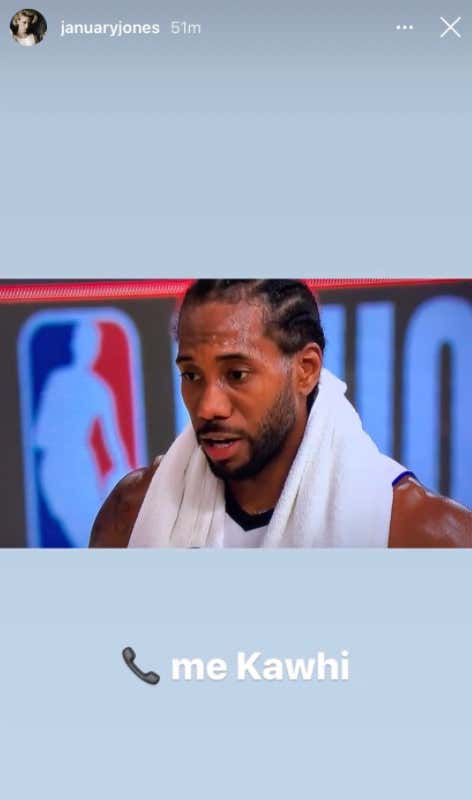 Look at January Jones here. Talk about an all-time celebrity crush from back in the day. It's still wild that she's 42 and at the same time was in American Wedding. Sure, she might be known for her time in Mad Men, I like to think of her as the girl Stifler and Finch fought over.

But now we got her just openly trying to get Kawhi to hit her up. I don't hate the move. You hear all the stories about Kyle Kuzma with every hot model under the sun. You hear Kendall Jenner and Devin Booker. Kendall Jenner and Ben Simmons. All these young bucks getting the attention, but what about the best player so far? What about the dude who just brought a title to Toronto? That's what January Jones is doing here.

Plus, the Clippers need another face of a fan besides Billy Crystal. You can't have Clipper Darrell be the face of the new Clippers. Nope, you toss January Jones out there.

I appreciate the boldness from January Jones here. Kawhi is the quietest guy in the league. He's even a taken man. But that won't stop January Jones from letting the world know she's watching him. She's just ready for that phone call or text. Kawhi and January Jones, what a goddamn year 2020 is.