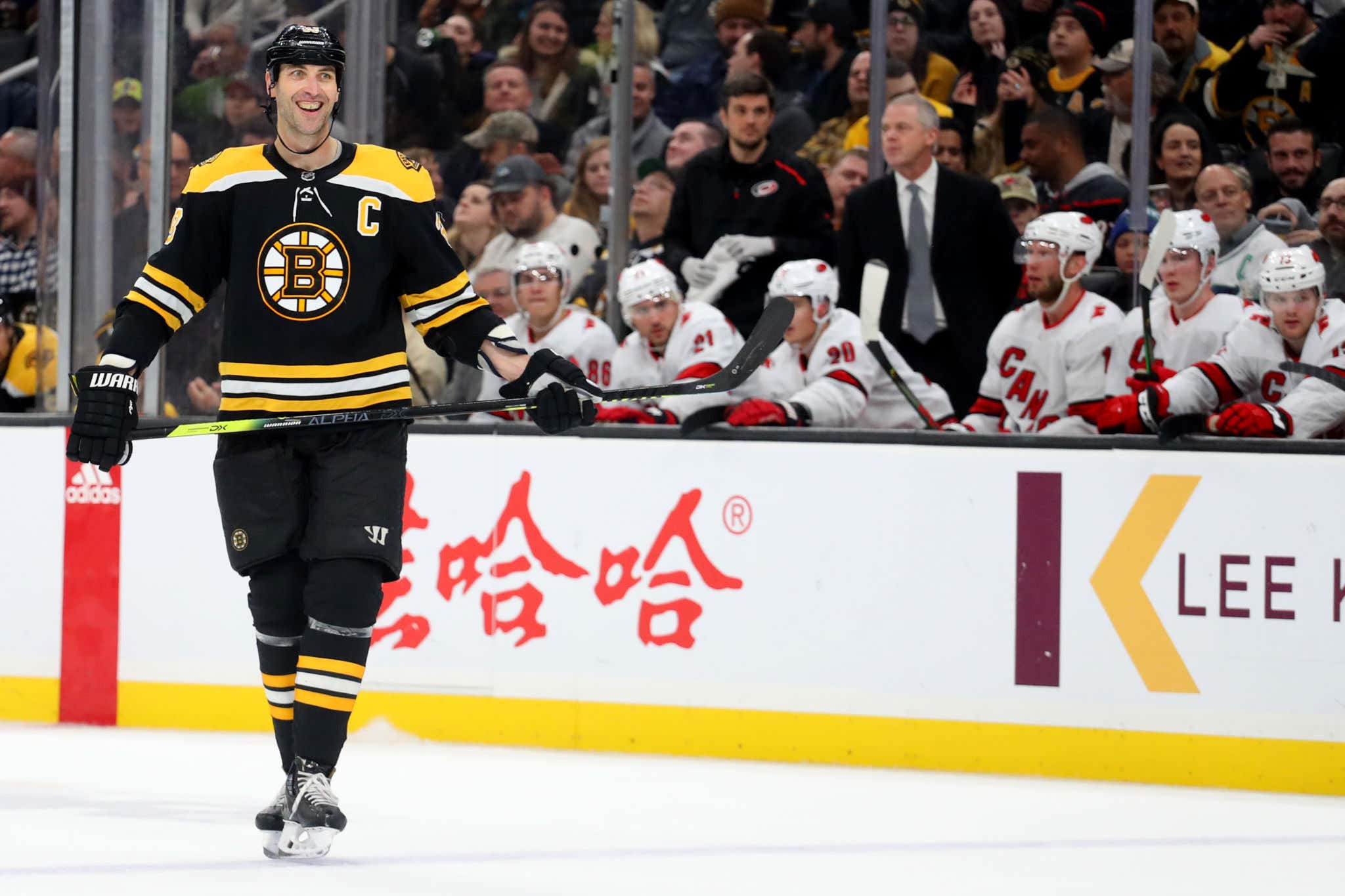 After going 0-3 (0-4 if you include exhibition) no one is happier that the first round has arrived more than the B's. The Round Robin seemed to me more of an extended training camp as the team needed to make some last minute tune ups and adjustments. They were without Kase until the final game, Ritchie only played half the games, so it was a lot of moving pieces especially for the middle six. But now the lineup is set, and it's finally time for the first round. Sure, losing the No. 1 seed blows, but like Tuukka Rask said.. you gotta beat everybody anyways. The Revenge Tour officially kicks off against Carolina tomorrow night at 8pm.

"I think these first round robin games or whatever they were, you just try to shake the rust off and get your team game in a place you want it to be. I think we kind of improved over these three games. We worked very hard for our goals, just didn't get rewarded.. but I think that's going to come, you find a way. It doesn't matter what seed you are, you have to beat every team anyways if you want to advance. I think we feel good. It's over now and we start real hockey." - Tuukka Rask (per NHL.com)

Alright let's get into the Carolina side of things…

- You're gonna hear this a million times, but these are not the same Canes the B's swept in the ECF last year. They are absolutely a deeper team, they've added Vincent Trochek, Sami Vatanen, Joel Edmundson, Brady Skjei and Ryan Dzignel since the Bruins last saw them in the playoffs.

- The Canes top line is going to be a handful - they're loaded with Svechnikov (3G, 2A in play in series), Aho (3G, 5A) and Teravainen (1G, 1A) who ate up the New York Rangers. It'll be interesting to see who Cassidy deploys against them. If the Bruins can shut down this top line they will be successful. The Canes did get deeper like I said, but their offense starts with this line.

- The Canes (albeit being a sweep) have had an advantage of playing meaningful games. B's gotta get off to a good start on Tuesday (they didn't lead once during the round robin). It does help that the Canes have been sitting around as well, they haven't played since 8/4 when they swept the Rangers.

- Jaccob Slavin is far and away the best Canes defender, I'm sure the top line will see a lot of him and old friend Dougie Hamilton. Hamilton had a great regular season for Carolina until he got injured. He suffered a set back in Phase 3 but Rod Brindamour says he'll warm up and most likely will play tonight. (sorry if you listened to my podcast today I butchered the fuck out of Slavin's name)

- I think the Canes goaltending is their weakest link, and the B's should give Mrazek and Reimer fits. Mrazek played the first 2 games vs. NYR, Reimer played the final. No word yet on who is starting but I think the Bruins offense is potent enough (despite a poor round robin) to beat these guys.

- Special teams: Carolina was lethal on the penalty kill against the Rangers (13/14, 92.3%) and for a B's PP that has struggled in the round robin, that's no bueno.

- The Canes are a strong forechecking team, B's are gonna need to make clean exits if they want any success.

- The Top Line went scoreless in the round robin (Bergeron had 1 assist), but I have no qualms about them just yet. All 3 guys got better and better as the round robin went on. I think they just needed more time to get back up to speed after Pasta's quarantine. Bergeron has had a few maintenance days which worries me, but he will play through anything. Same with Marchand who got dinged vs. CBJ. I'm not going to worry about these guys until Game 2 or 3.. but Boston's offense does start with them. Sunday's game was their best yet, they just have to build off it. Marchand basically called the round robin games preseason games, so there should be no panic yet.

p.s I look forward to him getting in Justin Williams kitchen once again.

- The B's 2nd Line also took a step forward Sunday vs. WSH. Ondrej Kase looked as advertised, was quick on pucks and set up Jake DeBrusk for the Bruins' only goal. They're going to have to continue to build chemistry if the Bruins want to have any success in this series or in the playoffs. Kase was brought in to help this team make another run to the Cup. JD seeing one go in has to bode well for his confidence. They need him to get going in the playoffs.

- Nick Ritchie will play alongside Charlie Coyle and Anders Bjork on the 3rd line. He's gonna be banging bodies, his foot speed is a little worrisome but I think some high intensity games will do him well as he continues to find chemistry with Coyle and Bjork. (Let's not talk about Ritchie failing to score Sunday, I've wiped that from my memory). Bjork is someone who I think can sneaky make a difference with secondary scoring in this series. He had a great return to play camp and can be plugged anywhere in this lineup.

- With that being said, Charlie Coyle has been the one consistent on the 3rd line. Had an unbelievable playoff run last year, a great season before the restart. Bruce Cassidy said it himself today on his media availability, Coyle has the ability to play a major factor in this series.

- The William Jennings Trophy Winning Duo of Tuukka Rask and Jaro Halak both played well in the round robin. Rask looked especially sharp vs. Tampa and Washington to close out the round robin. While the B's defense has looked shaky at times, the goaltenders have looked anything but.

- The B's for the most part are HEALTHY, which was a massive key to the round robin. Sure you would've liked to see them win a game, but they are an older team who (hopefully) just needed more time to shake off the rust.

- The B's went 0 for 9 on the PP during the round robin, not great but not the end of the world. Another question mark (but is it really?) heading into the series is the B's offense. I don't think it's time to panic about this yet, like I said earlier with the top line… I have no doubt in my mind they will bounce back, the 2nd and 3rd lines have taken steps forward as well. What a world we live in where Chris Wagner was the B's leading goal scorer through 3 games, a testament to how well the 4th line has played. It's gonna need to be a collective effort, but it starts with the top line, AND it would be a big boost if/when the power play starts getting going again. Carolina took a ton of penalties against the Rangers. B's HAVE to capitalize on those chances.

Connor Clifton played well Sunday in his only game against Washington but I think Cassidy will start Jeremy Lauzon. Kase and Ritchie have finally found themselves settled on the 2nd and 3rd lines. Nordstrom, Kuraly and Wagner round out the 4th line, they've been excellent all round robin. That's leading goal scorer Chris Wagner to you.

- Note: Pastrnak and Rask missed practice Monday… “Unfit to participate. Expect to be on the ice tomorrow.” But they were both on the ice for optional skate this morning. Should be good to go for tonight.

The Hurricanes added Trocheck, Skjei, Dzingel, Vatanen and Edmundson. Certainly a deeper team. Dougie Hamilton has been out injured but it sounds like he will take warm ups tonight.

Certainly a better D corps than last year's playoffs… but Gardiner and Reimer must be sick of playing Boston.

It's gonna be a great series between two solid teams, I think if the Bruins can disrupt them physically (hello Nick Ritchie) and stifle the Canes top line they'll be successful. As much as people keep saying these aren't the same Canes as last year's playoffs (me included), the Bruins were a 100 point team in the NHL this year… Yes It's taken them a little bit to find their footing after a long lay off, and as we've seen already you have to expect the unexpected in these playoffs due to the circumstances, but I believe the Bruins will be ready come puck drop tonight. They've taken a step forward each round robin game, it's time to put their foot on the gas.. and NOW WE GO. 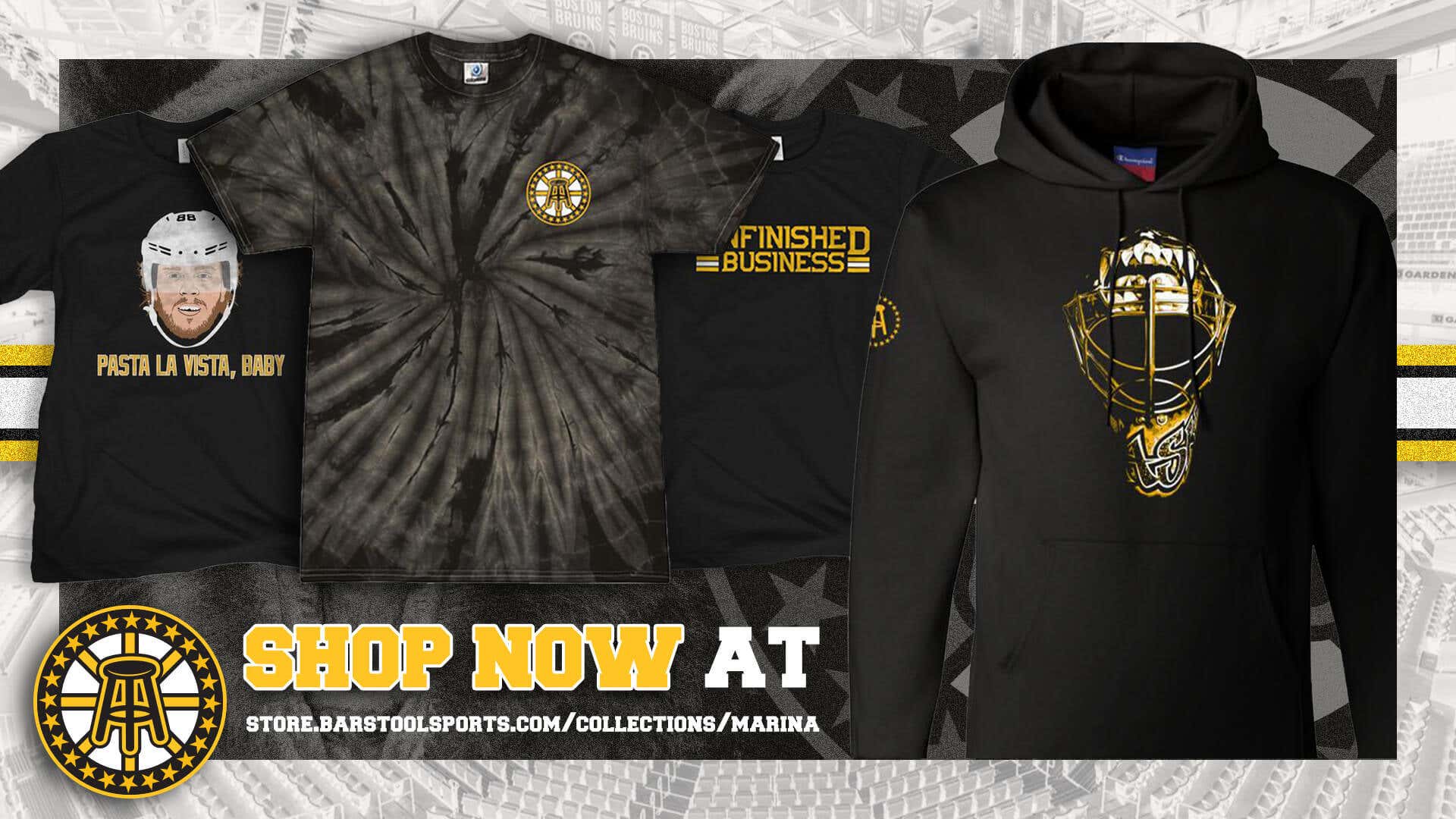 I had Sara Civian on my podcast today who covers the Hurricanes and we broke down the series, get to know more about Carolina here:

Also this rendition of the B's goal song is unreal, LFG.

Puck drops at 8 pm on NESN/NBCSN.