As I'm sure you've seen by now Ramon Laureano attempted to fight each and every one of the Houston Astros during yesterday's baseball game. It didn't go great for him, but the effort was there and it is surely appreciated during these times. Major League Baseball will sort through all of this and likely suspend the wrong people for an insane amount of games. A tale as old as time itself. I have zero faith in Rob Manfred getting this right. No one does. Expect the Astros to get somehow rewarded out of this while the A's are never allowed to play again.

The person who deserves to get the most games here is easily Alex Cintron. This clown. 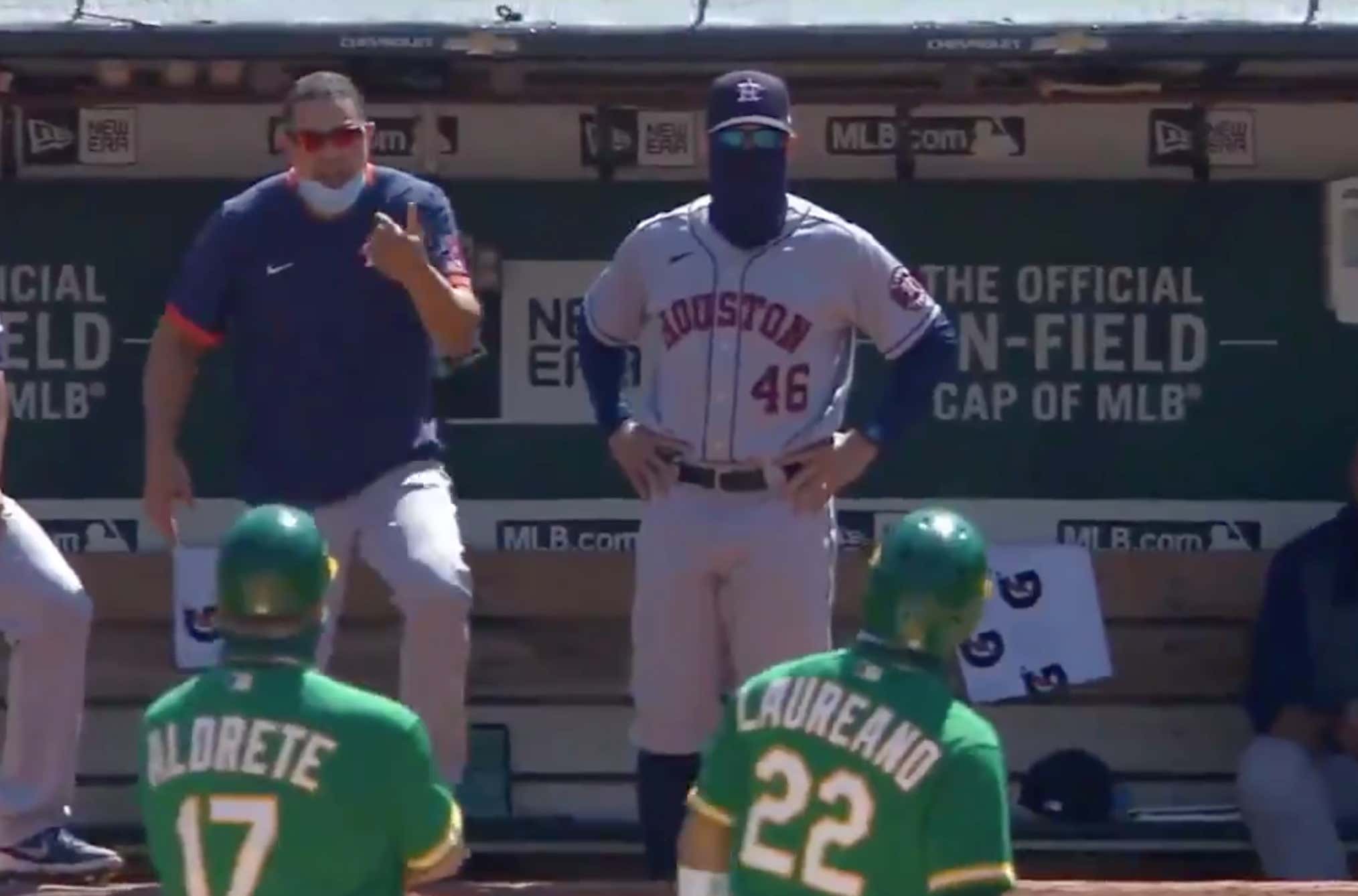 Who is Alex Cintron? He is the Astros hitting coach. He's also the biggest pussy in Major League Baseball. Cintron is the one who escalated everything and caused the brawl to happen. Laureano reached first base and had seemingly calmed down after being plunked again by Houston. He actually looked like he was trying to teach the pitcher how to correctly throw his slider. What a nice fella.

As Laureano reached first, Cintron got his attention by going after his mother. DO NOT speak poorly of a man's mother on the battle field. People have been killed for much less.

Who the fuck does Cintron think he is thinking he can shit talk a player like that? He then motioned Laureano to come do something about it, so Ramon obliged and attempted to end his time on Earth. What did Cintron do? Surely he ran at him and came to blows right? Nope, he hid behind his own players and watched from a distance. 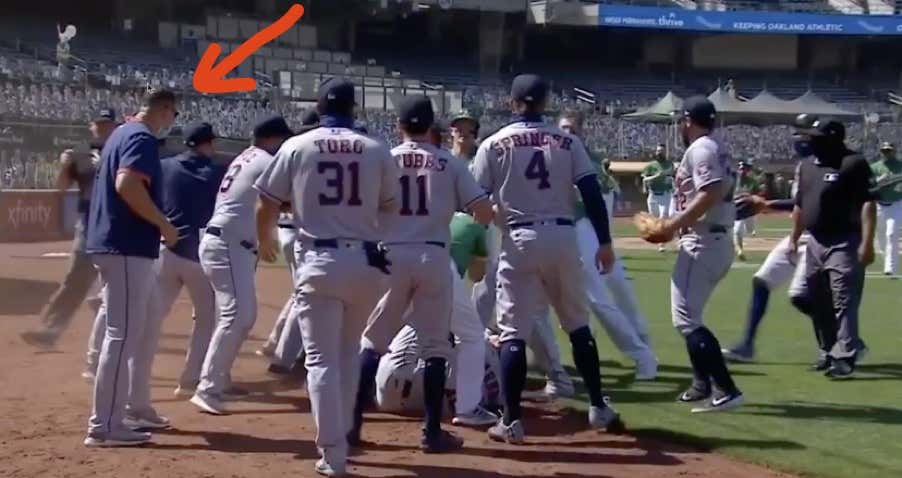 I know baseball fights generally involve a lot of shouting and yelling with minimal physical violence, but blatantly starting the fight and then backing away to watch is the softest move humanly possible here. Fuck this dude. This isn't the first time he's started shit during a game either!

If you're not a Yankees fan you may not be familiar with Phil Nevin, but I'd pay all of the money in my bank account to watch Phil Nevin kick the ever living shit out of Alex Cintron. Lock them in a cage for five minutes and you'll witness a murder.

Oh and another fun fact about this asshole. He was one of three people that helped drive home the culture that produced the Astros cheating scandal. It was Cora, Beltran, and Cintron. Somehow this dude is still employed? Fucking Manfred can't do ANYTHING right. If he actually disciplines the right people for the scandal then this never happens. Joe Kelly doesn't happen. This brawl doesn't happen. Nothing. You suspend these dudes the right way the fans have their fun and people move on. Now that you didn't do that Rob the target has never been bigger. Josh Reddick is out here crying that people are gonna get mad at the poor old Astros over this. Uhhhhh ya think?

Ban Cintron for life. Kick him off the tour, Doug. What other evidence do you need that this guy is bad for the sport? Starts fights with players he has no business getting into it with and helps create a scheme that cheated the entire league. Eh fuck it, Manfred will probably hire him as his right hand man. Laureno will get 25 to life with no parole. Some Pete Rose treatment. Fire Manfred.