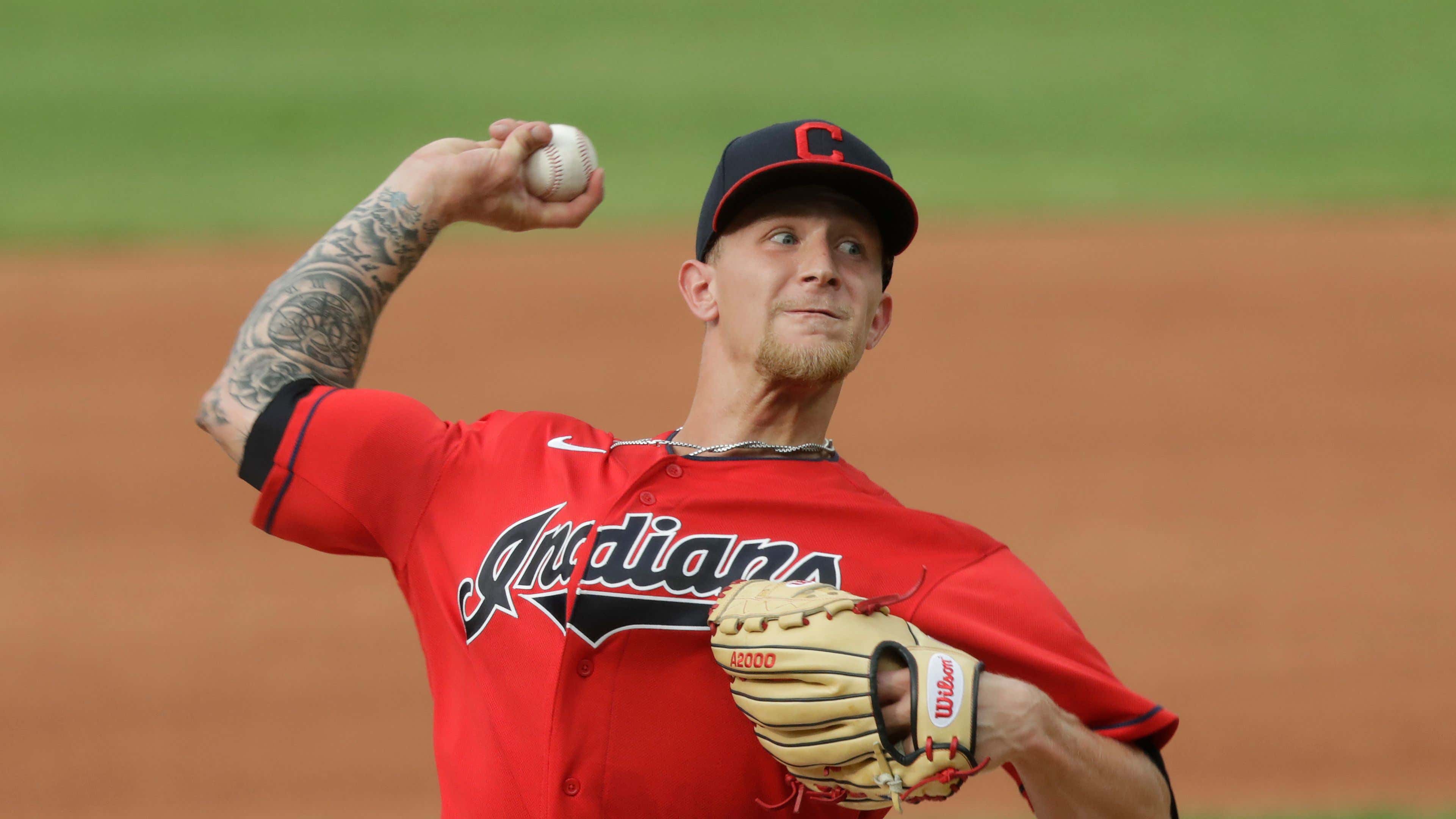 Zach Plesac was off to a fantastic start for the Cleveland Indians in 2020. Through 3 starts the right hander had posted a minuscule 1.29 ERA allowing just three runs in 21 innings. With Cleveland in Chicago for a weekend series against the White Sox, the 25 year old decided to go out and enjoy himself a little bit in the windy city on Saturday night. All good except for the tiny fact that the world is still very much in the middle of a GLOBAL PANDEMIC. Two baseball teams just went through/are still going through coronavirus outbreaks that threatened to shutdown the season for good. The Cardinals have played FIVE (5) baseball games while most have played around 15. You would think outbreaks like those would hammer home to the players that being selfish and stupid can sabotage this for everyone. One slip up could spell doomsday for all of your teammates.

So what does Plesac do? He ignores all of that and goes to what I assume was a bar with his buddies. Truly brain dead level thinking here. I get that it's hard to follow these rules and basically stay in your hotel 24/7 when you're not at the ball park, but why can't you do it if everyone else is? You haven't heard a single issue with covid for anyone besides the Cardinals in over a week. Teams and players took that shit seriously and so far the results have been promising. The first place Marlins are back on the field and winning games. Sure the Cardinals are fucked, but that's their own fault and they're facing the consequences for being careless. What you want to do right now is not become the next version of the Cardinals and Plesac going out like that on Saturday is a good way to fuck that plan up. Think about someone like Carlos Carrasco who was battled leukemia last year. Guy has a compromised immune system that would likely find him in a lot of trouble if he contracted covid. His own manager Tito Francona has been away from the team since August 1st with a gastrointestinal issue. You just can't be more selfish than Plesac here.

So what was his punishment? The team handled this well and immediately sent him home. Even better, they made him drive home in a rental car. Chicago to Cleveland is a good five hour trip. You want to make a guy think about the shitty thing he just did and make him really feel guilty? Force him to take a five hour car ride somewhere, that'll do it. Five hours with yourself staring out a window will cause you to rethink your whole life 10 times over.

If you threaten to take away the luxury life of private planes and all that I bet no one would ever think of breaking the rules like he did. Good shit by the Indians for being on top of this and punishing him. Dude has a 1.29 ERA in three starts and they don't give a fuck. They're trying to win games and not have it taken away by some idiot trying to get it sucked.

The Indians players say they're going to handle this by themselves and hold him accountable that way.  I love that.

“This isn’t going to be a ‘run to daddy’ kind of thing. We’re going to handle it in-house. This is a player discipline thing. Keep the coaches, front office kind of out of it,” pitcher Mike Clevinger said. “It puts a little extra accountability, kind of. Just having that trust in your teammates is a big thing. It’s a big thing on the field. If you feel your teammate doesn’t trust you off the field how are you going to feel like he trusts you when you get between the lines?” -The Athletic

The Tribe are 10-7 and are off to a nice start as they ride their hot pitching. Hopefully Plesac learns from this, comes back with clean tests and continues to shove. That rotation is terrifying when you have him holding up the back end.