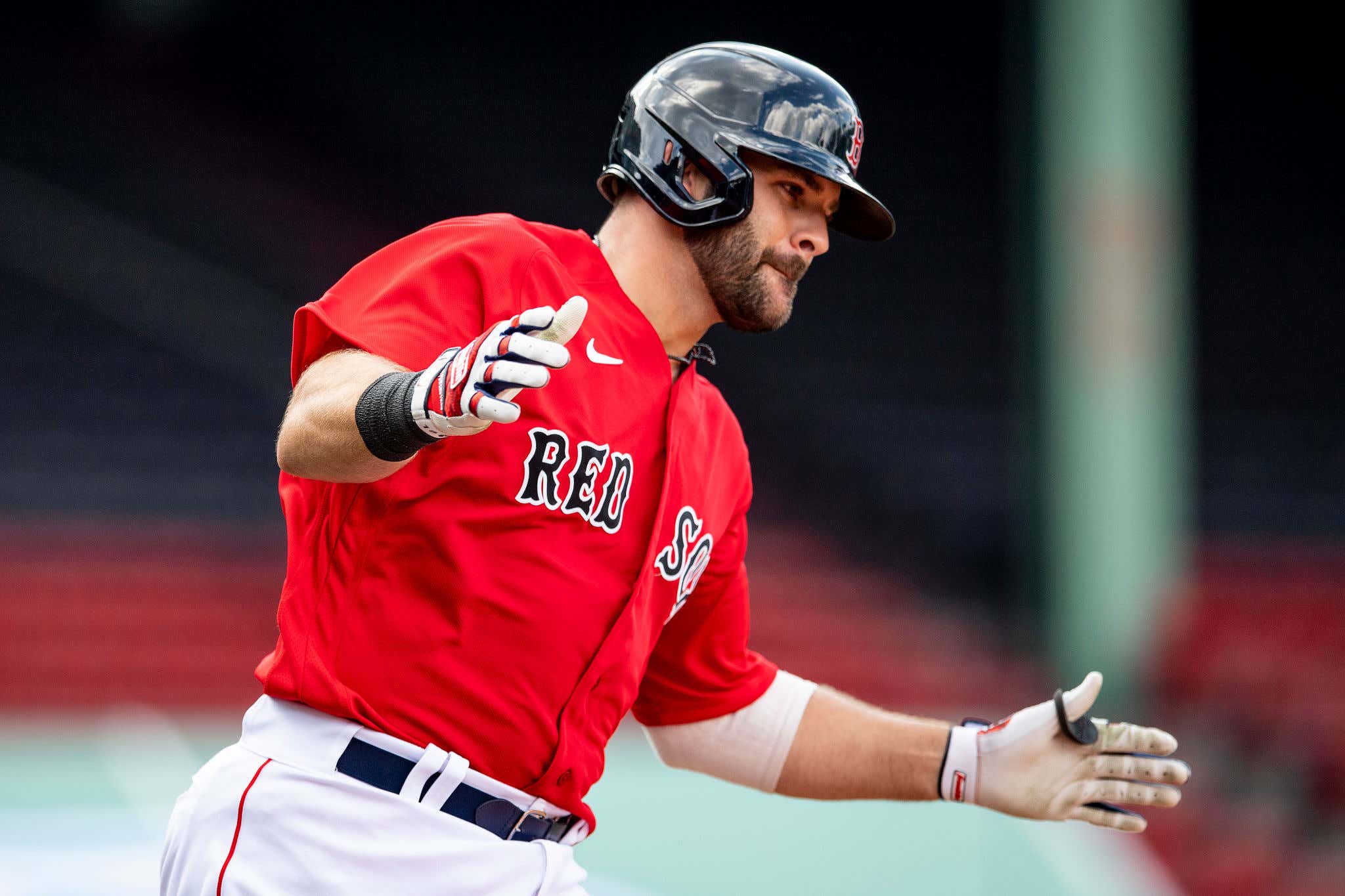 Look out, Aaron Judge. You've got Mitchy Four Bags on your ass.

In the rubber match on Sunday, the Red Sox sent one of their two identifiable starting pitchers to the mound against the Toronto Blue Jays. His name is Nathan Eovaldi. You've heard his name before, which means the Red Sox actually had a chance to win this game. Eovaldi went six innings and punched out 10 batters for the first time since September 24, 2018. Been a minute. He did allow the three earned runs on a pair of homers, though. With Moreland going deep earlier in the game and Rafael Devers tagging his second of the year in the sixth inning to tie the ballgame, the Red Sox found themselves in a position to walk this one off in the bottom of the ninth.

Six. Count 'em up. Six home runs in 31 at-bats for Mitch Moreland, two shy of the major league leading Aaron Judge in half the at-bats (60). The sixth one being the one that ended the game and put Boston back in the win column on Sunday to take the series. The Red Sox might be 6-9 and tied for last place in the division, buuuuut…they are only 3.5 games back of first place with the Yankees getting walked off in Tampa. If this were a 162-game season and I told you that the Red Sox would be 3.5 games out of first place on August 9, I feel like you'd think that's pretty good. I tell ya what -- it ain't bad.

I'm not saying a division title is in the cards, but we've got about two months of regular season baseball left and JD Martinez, Andrew Benintendi, and (before today) Rafael Devers haven't done dick yet at the plate. The rotation is going to be a question mark from here on out, but this offense was designed to score a ton of runs when it's running on all cylinders. That's happened approximately one time this year. Opening Day. Not saying the Red Sox have to score 10 runs a night to have a winning record -- they proved that in this series -- but it would be nice to have that offense to take some pressure off of the starters who kinda (definitely) suck.