Folks, we've got ourselves a Sunday. 17 players within 4 shots of the lead. Dustin Johnson at the top but Brooks Koepka just 2 back, and a whole host of other reputable names right there: Champ, Morikawa, Finau, Bryson, Rose, Berger, Day, Fleetwood, Wolff, Xander, it goes on and on.

And who's Brooks worried about? Well DJ's only won one and he's never even heard of the other guys up there.

Brooks looked like he'd uncharacteristically taken himself out of this thing, but birdies on 16 and 18 have him right there.

Tomorrow will be excellent. 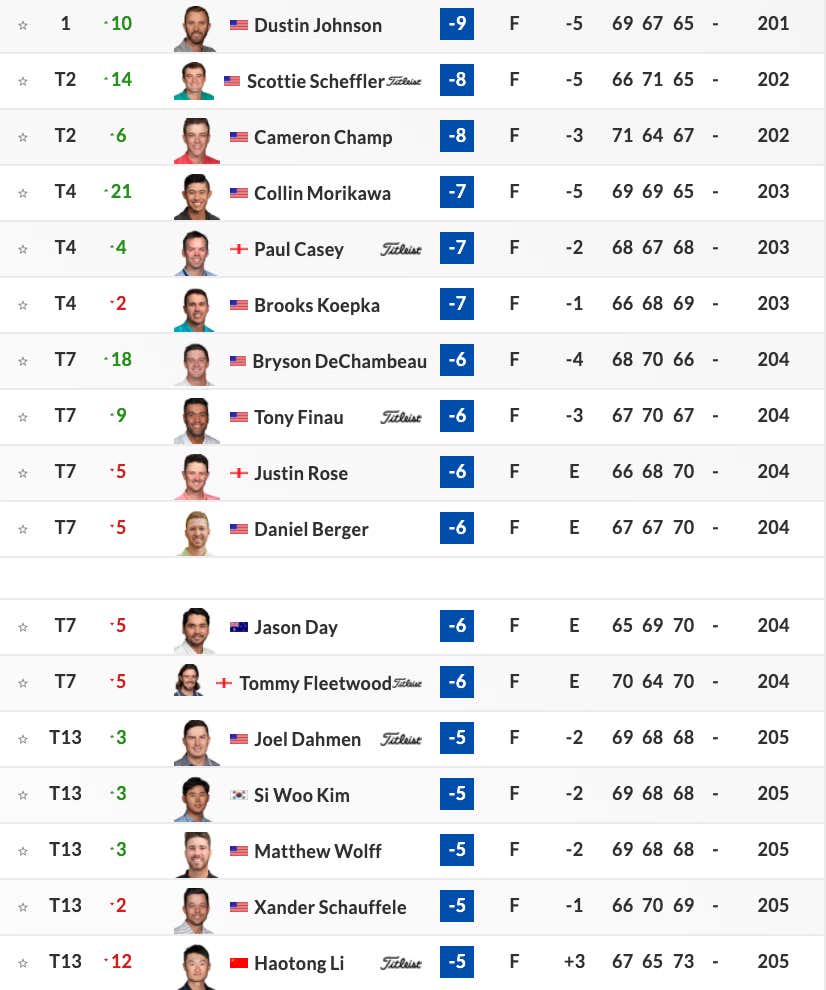