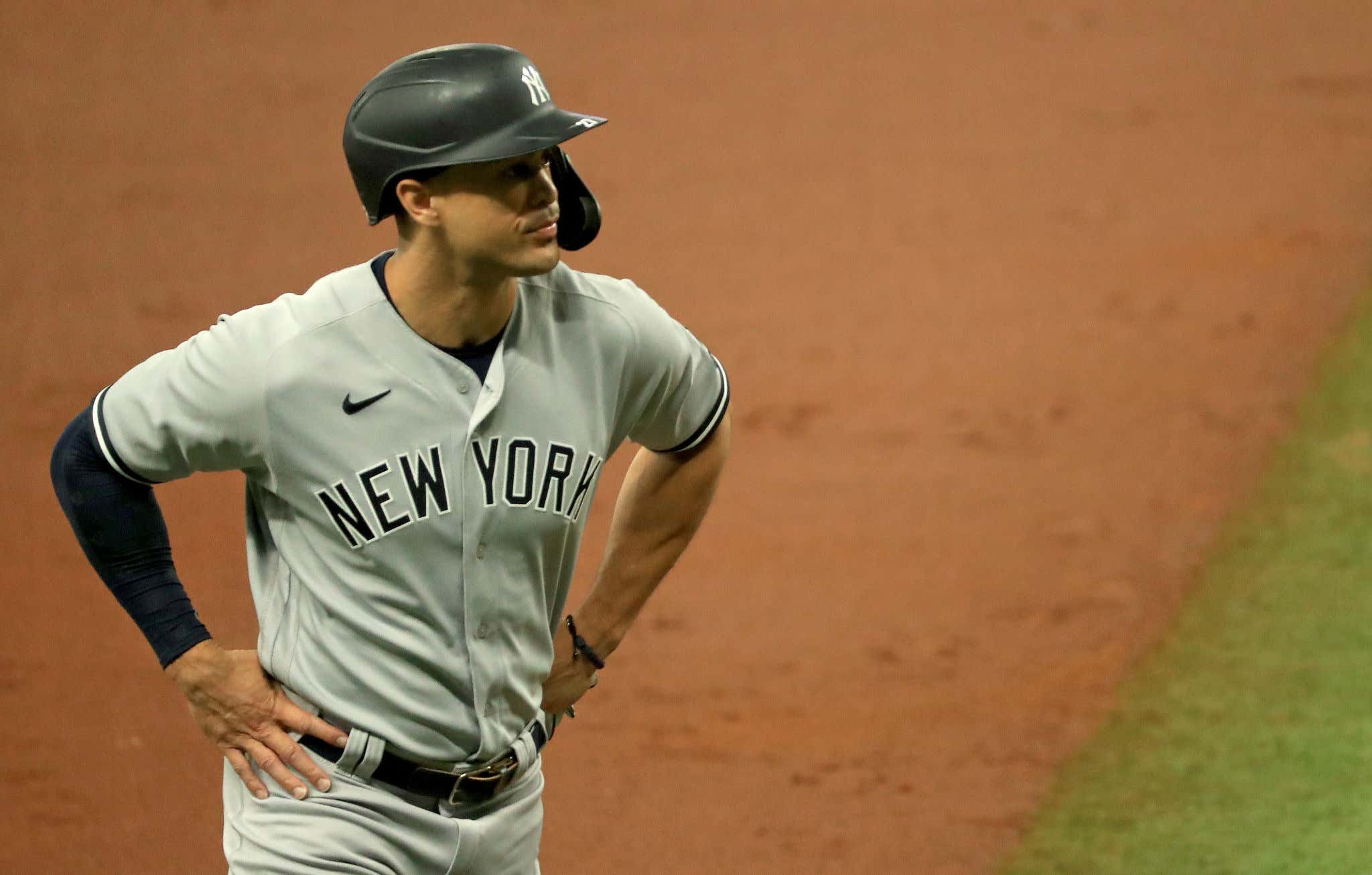 And there it is. Just two weeks into the regular season and Giancarlo Stanton is likely headed to the injured list with a hamstring injury. I want to say unbelievable but are we really shocked? Guy just can’t stay on the field. The Yankees were even trying to protect him to start the year by solely DHing the right handed slugger. Still didn’t work. Today as he was running the bases and advancing on a passed ball Stanton felt something in his hammy.

A few innings later as his turn in the order came up in the 7th, Mike Ford pinched hit for him. That’s when the alarms sounded and usually when you hear those alarms it’s bad news.

The worst part about this is that Stanton looked as comfortable as ever at the plate in 2020. He showed similar signs to his MVP season. He wasn’t chasing pitches, he was just waiting patiently and mashing. Now he’s headed for the I.L. With the Yankees already a quarter of the way through their 60 game season, a trip to the injured list with a hammy injury could very well lose him at least half a season. Who knows, with him that could be it for the year.

Now without Stanton the Yankees should be fine. With G on the pine that will free up the DH spot for a rotation of Voit, Ford, Andujar and possibly Clint Frazier. Your three man outfield moving forward should be Tauchman, Hicks, Judge with Gardy as the 4th OF available for pinch running or giving the starters a day off. The Yankees have the depth to get by no question, but the loss of MVP Stanton hurts. I just want to see this guy have a locked in healthy season for New York. Sure 2018 he was healthy, but that wasn’t MVP Stanton. He was good no doubt, but this version we saw this year was on a whole different level. This blows. Hopefully it’s a grade 1 strain and he’s able to get back in 20 or so games. That’s the hope, but not the reality most likely.

As for the second game of the doubleheader: death by a million walks. Whether it was King, Abreu, or Avilan it seemed like no one could find the zone. The home plate umpire was garbage but the pitching just wasn’t good enough. Offensively they came around too late. They rallied late and put the bat in Judge’s hands with the tying run at the plate. He put a drive into one to left center but just missed it on the bat. Just like that you split the DH after such a good game 1. Now you hope Paxton magically fixes his velo problems and is able to salvage the series. Great…