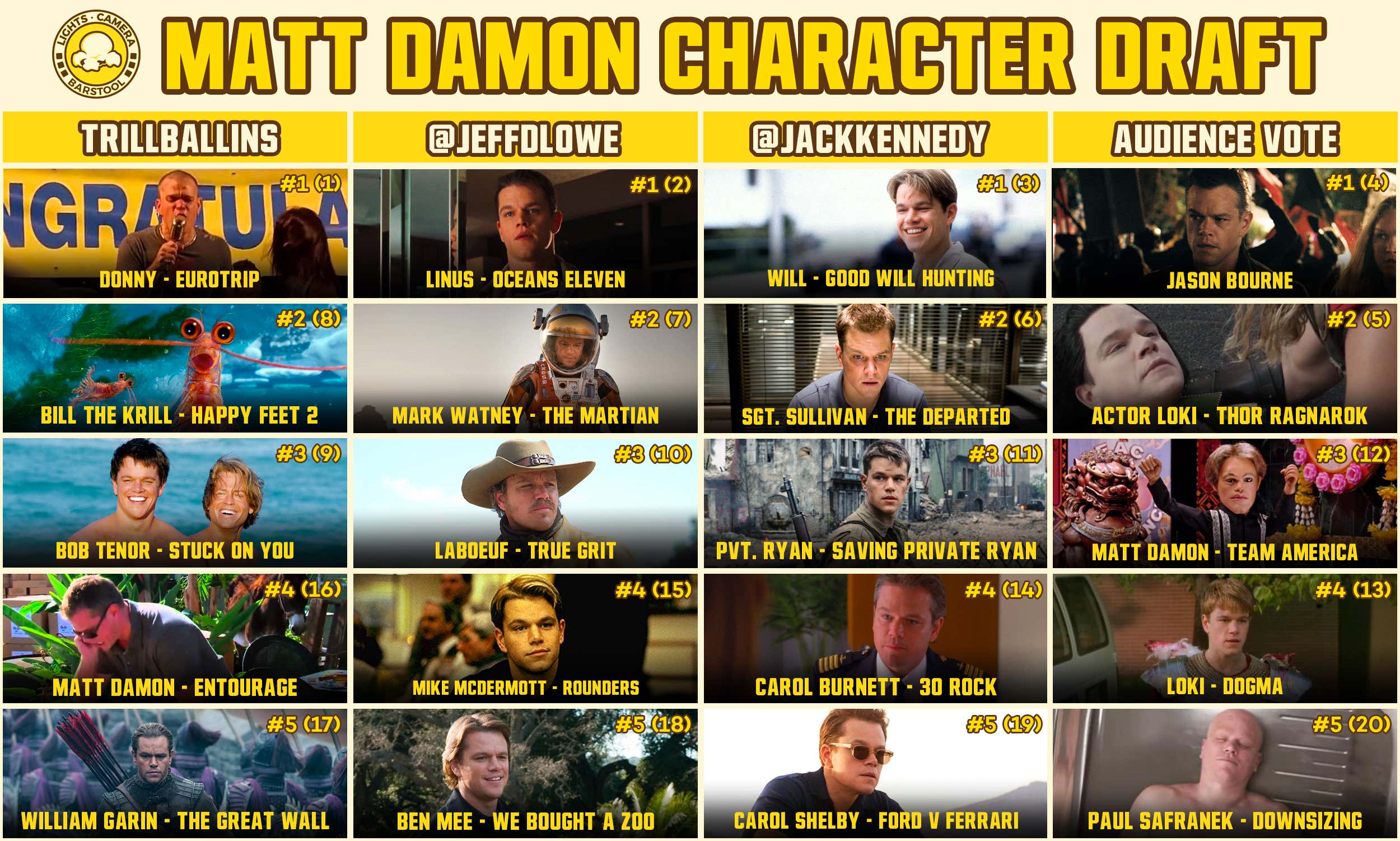 On today's LCB, we did a retro-review of 'The Bourne Identity', which we determined still fuckin' rocks and holds up better than we expected. We also had an interview with Boyd Holbrook, who you may recognize from many projects including 'Narcos' and 'Logan'

After that, we had a VERY competitive draft of Matt Damon characters. Not to brag, but I'm pretty damn certain that I won. My only regret is going for Carol Burnett over Mike McDermott. Burnett is one of the funnier guest appearances I can remember on any sitcom, but damn, was McDermott cool. That movie in general is just slept on in my opinion. Malkovich eating those oreo's and screaming MOTHERFUCKER gets me every time.

Who do YOU think won the draft?