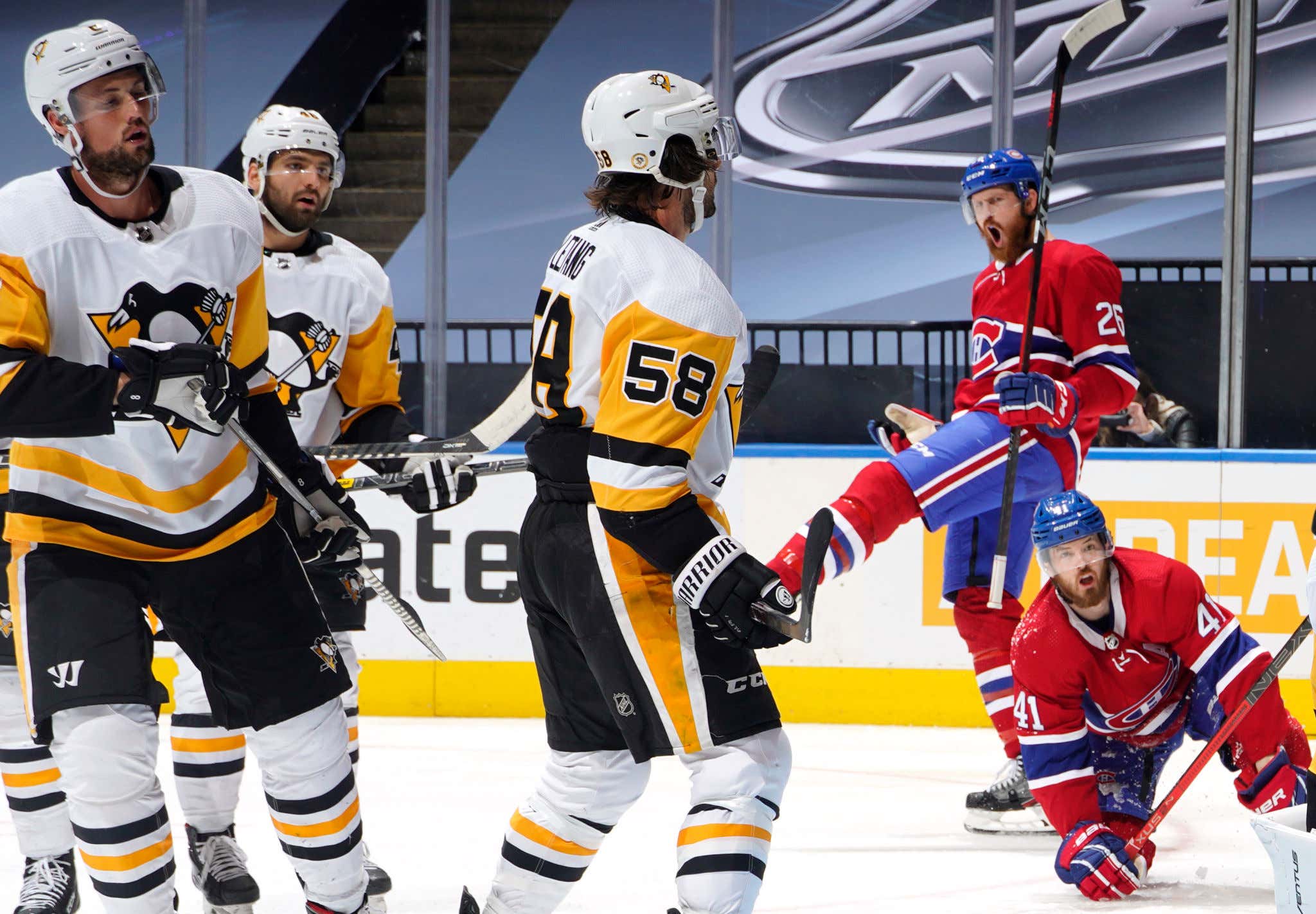 Jeff. Fuggin. Petry, dude. This man is a certified killer. An absolute assassin. A total fucking stallion. And he's not just here to win hockey games. He's here to rip your heart out of your chest and chew on it like a stick of bubble gum in the process. He had the overtime game winner in game 1 of the playoff qualifier series against Pittsburgh. And then last night he rifled off one of the spiciest snipes you'll see all playoffs to give the Habs the win and a 2-1 lead in the series.

That man hadn't a single angle to tuck that puck away in the top bunk of the net. So what does he go out there and do? Just adds a little insult to injury on Matt Murray here and banks that puck right off of his stupid face and into the back of the net. As if he just wanted to make sure that Matt Murray saw that snipe. He didn't want to leave him sitting there trying to figure out what the heck just happened and how that puck ended up in the back of the net. Jeff Petry never leaves a single doubt.

But what if it goes further than that? What if Jeff Petry isn't just the most clutch bubble hockey player in NHL history, but the most clutch in general? Because like I said, this man is an assassin. Or at the very least, 1 out of every 5 times he is.

Big time players make big time shots in big time moments. Jeff Petry's middle name is Big Time. Go ahead and check his birth certificate. It's right on there. Dude was born at 6lbs 9oz at 4:20pm, and came out of the womb sniping game winners.

Now he might only have 69 goals on his career. But still. 1 out of every 5 of them has been a Captain Clutch moment for the Petry Dish. There's Big Dick Energy, and Jeff Petry is walking around that blueline with a howitzer.

Sidenote #2: Malkin needs to be suspended for short shaming here. It's 2020. Can't be having this in the league.