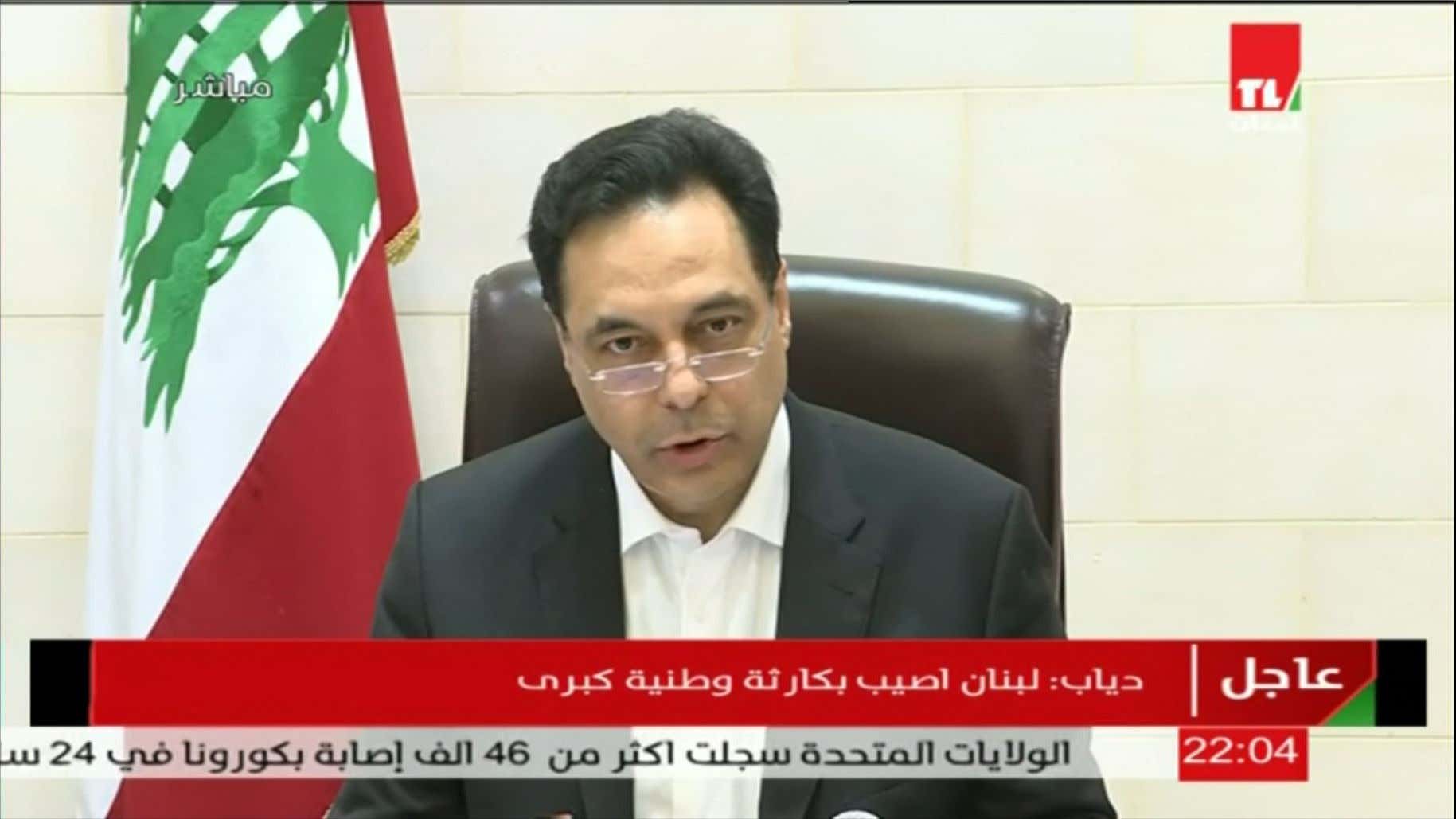 A "colossal" explosion that rocked the port area of Lebanon's capital on Tuesday, killing dozens and injuring thousands, happened at a warehouse where tons of ammonium nitrate was being stored, the country's prime minister said.

"I will not rest until we find the person responsible for what happened, to hold him accountable and impose the most severe penalties," Prime Minister Hassan Diab said.

Diab said it was "unacceptable" that a shipment of ammonium nitrate estimated at 2,750 tons had been in warehouse for six years without "preventive measures" in place to protect it. The chemical compound, which is commercially available, is used widely in fertilizers and explosives.

It wasn't clear what ignited the shipment, but at least 3,000 people were injured and 50 were killed, Minister of Health Hassan Hamad said at a press conference earlier Tuesday. Those numbers are likely to rise with hospitals filling up fast.

"Unacceptable" would be the understatement of the century there.

To put things into perspective, Timothy McVeigh used 4,000 pounds of ammonium nitrate to blow up the Alfred P. Murrah Federal Building in Oklahoma City in 1995.. around 2 tons.

A third of the building had been reduced to rubble, with many floors flattened like pancakes. Dozens of cars were incinerated and more than 300 nearby buildings were damaged or destroyed. The human toll was still more devastating: 168 souls lost, including 19 children, with several hundred more injured.

So it only takes about 25lbs of ammonium nitrate to level a house, the Oklahoma City Bombing was 2 tons of ammonium nitrate, the West Texas Fertilizer Plant was carrying around 270 tons when it went off, and the explosion in Beirut had an estimated 2,750 tons… Hard to wrap your head around the energy released.

I'd never heard of this until today, but according to LiveScience the US had an explosion of almost similar AN tonnage (zero clue if my wording is right here) that devastated the Port of Texas City 73 years ago.

On April 16, 1947, a ship loaded with ammonium nitrate docked at the Port of Texas City erupted in flames, causing a massive explosion that killed approximately 576 people, according to the Texas State Historical Association. It was the worst industrial accident in U.S. history.

In 1947, the French vessel the SS Grandcamp was carrying ammonium nitrate, a material used to produce bombs during World War II and later turned into fertilizer. After a fire, 2,300 tons of the ammonium nitrate detonated, flattening 1,000 buildings in the city. All of the city's firefighting equipment was destroyed in the blast and 26 firemen were killed. A second ship at the port, also carrying ammonium nitrate, caught fire in the blast and exploded 16 hours later. With the destruction of the city's fire-fighting equipment in the first blast, Texas City was helpless to corral the damage of the second blast

Clearly the smallest bit of complacency with nearly any amount of ammonium nitrate can have nightmarish consequences, and it sounds like whatever set the spark in Beirut, this was a disaster waiting to happen with the way it was being handled/stored in the first place. With all these examples from history of incidents worldwide you'd think it would be a no brainer to treat this chemical compound with the utmost care & security. Am sure more information will be coming soon. Horrible, heartbreaking stuff.

For now, here's a few ways you can HELP.