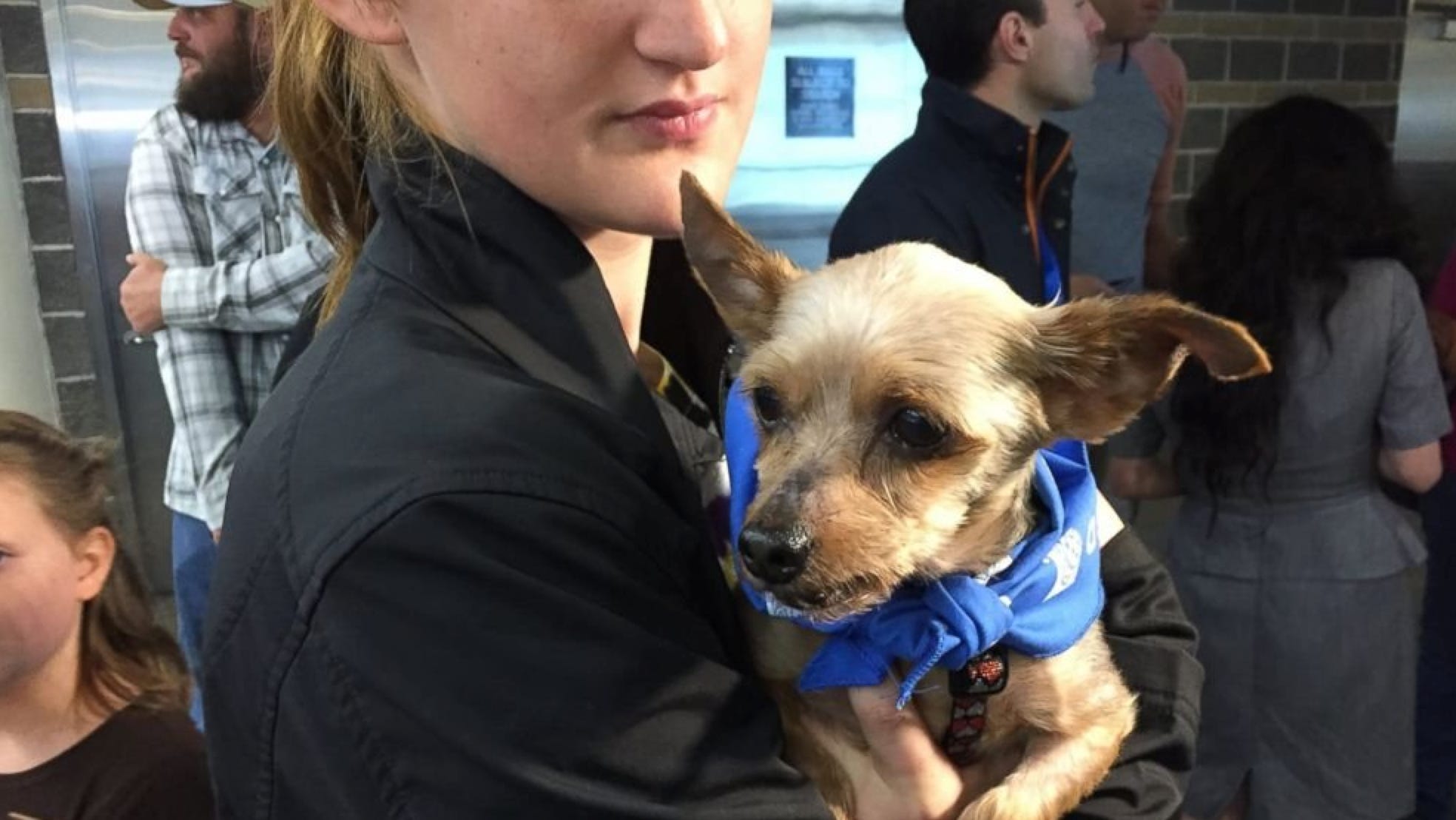 ABC News- With smiles, tears of joy and lots of licking, a Yorkshire terrier picked up as a stray in Iowa was reunited Wednesday with the 14-year-old girl from whom he was stolen in 2012. Karisa Lambert was in tears when an animal control worker from Cedar Rapids, Iowa, handed the little brown dog to her at Louis Armstrong New Orleans International Airport as television cameras rolled and bystanders took cellphone videos. “I’m so very excited to have Sam back,” she said as she and her parents, Thomas and Donille Lambert of Bridge City, left the airport. Thomas Lambert said his brother gave Sam to Karisa when she was 4 years old. The dog disappeared in June or July 2012 from their backyard, which is surrounded by woods in a rural part of the New Orleans suburb. “We had just given him up for dead,” he said. Sam was found April 14, wandering around an elementary school during Animal Control Officer Appreciation Week, according to a news release from the city of Cedar Rapids. A microchip implant in the dog enabled city animal control officers to identify and reach the Lamberts. United Airlines donated a first-class seat for animal control specialist Michelle Johnson to fly more than 800 miles to New Orleans and deliver Sam. “This just makes all of us feel really, really happy — that we can make this miracle come true for this family and their little dog,” program manager Diane Webber said in the news release.

Just a little feel good story to wrap up your Thursday.  Dog runs away 4 years ago from Louisiana and the magically appears in Iowa this month.  What did the person in Iowa do?  Did they keep the dog for themselves?  Nope.  Did they take it to the pound where it would have to sit in a cage waiting for someone to adopt it?  Nope.  They found out who the dog belonged to, tracked down the owners and reunited the dog with it’s rightful family.  Because that’s what Iowans do.  We’re good people*.  People helping dogs because dogs are constantly helping people with their existence.

*Unless it turns out that somebody from Iowa stole the dog in Louisiana 4 years ago.  Then we don’t claim that person and they’re dead to us.