Source - A rideshare passenger caused loads of trouble for a driver without even leaving the curb ... launching a sneak attack with a bottle of hand sanitizer after a tense showdown.

I have never hated anymore more in my life than I hate that Uber driver. The hat, the attitude, the tone of his voice, all of it. I don't care that he jumped on him for not wearing a mask, but to kick him out because his customer told him he was on the wrong side of the street is absurd. All he had to do was say "sorry" and the situation would've been defused. That's it. Instead he escalated it like a dick head. The problem is that he has too much respect for himself. You can tell he hasn't accepted the fact that he's an Uber driver yet just based on how he's dressed. He looks like he's on his way to Coachella when in reality his entire existence is to shuttle shitfaced passengers from one bar to the next. Was that too mean? Probably, but Iook at how happy he was!!! 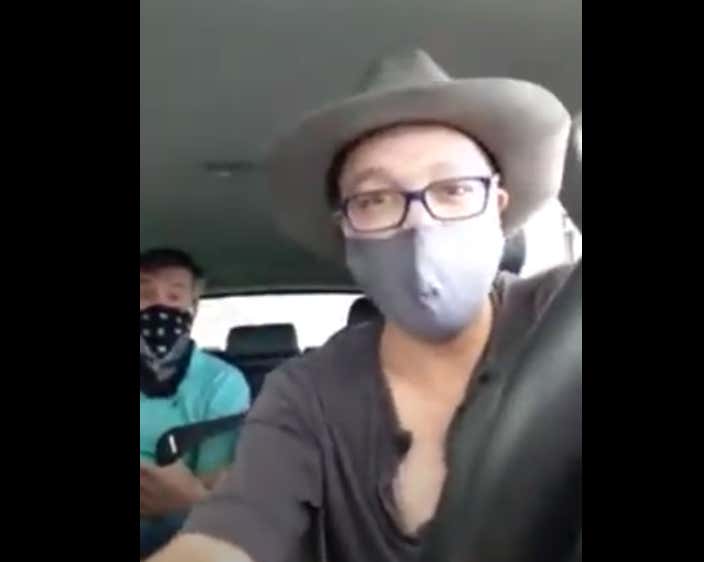 The entire reason he put the camera there was for that exact situation. He wanted to get on someone's case about not wearing a mask, have them overreact, then post it online to go viral. Fuck that guy.

HAVING SAID THAT, spraying hand sanitizer at someone is a bit of an overreaction. Just give him a low rating and move on with your life. Hit him wear it hurts- in the pocket. Both of these guys are idiots, but the driver is a thousand times worse. End rant.