I have gotten tweets, DM's and the occasional text from my heterosexual Dad, asking me and the rest of the fellas to lay off of "that mountainous, country towhead with legs for days".

I wish I could. I've tried my best. Hell, I portrayed the man in a positive light in the soon* to be released 327 minute feature film, but the truth of the matter is, it's near impossible to do it.

To make it easier to understand the plight, the following simulator was created to be a completely nonfictional day-in-the-life of one of Brandon's coworkers. The rules are simple: Read through the day, and click on what you would respond to Brandon. If and when you fail, you will be assigned a patience level of one of Brandons companions. 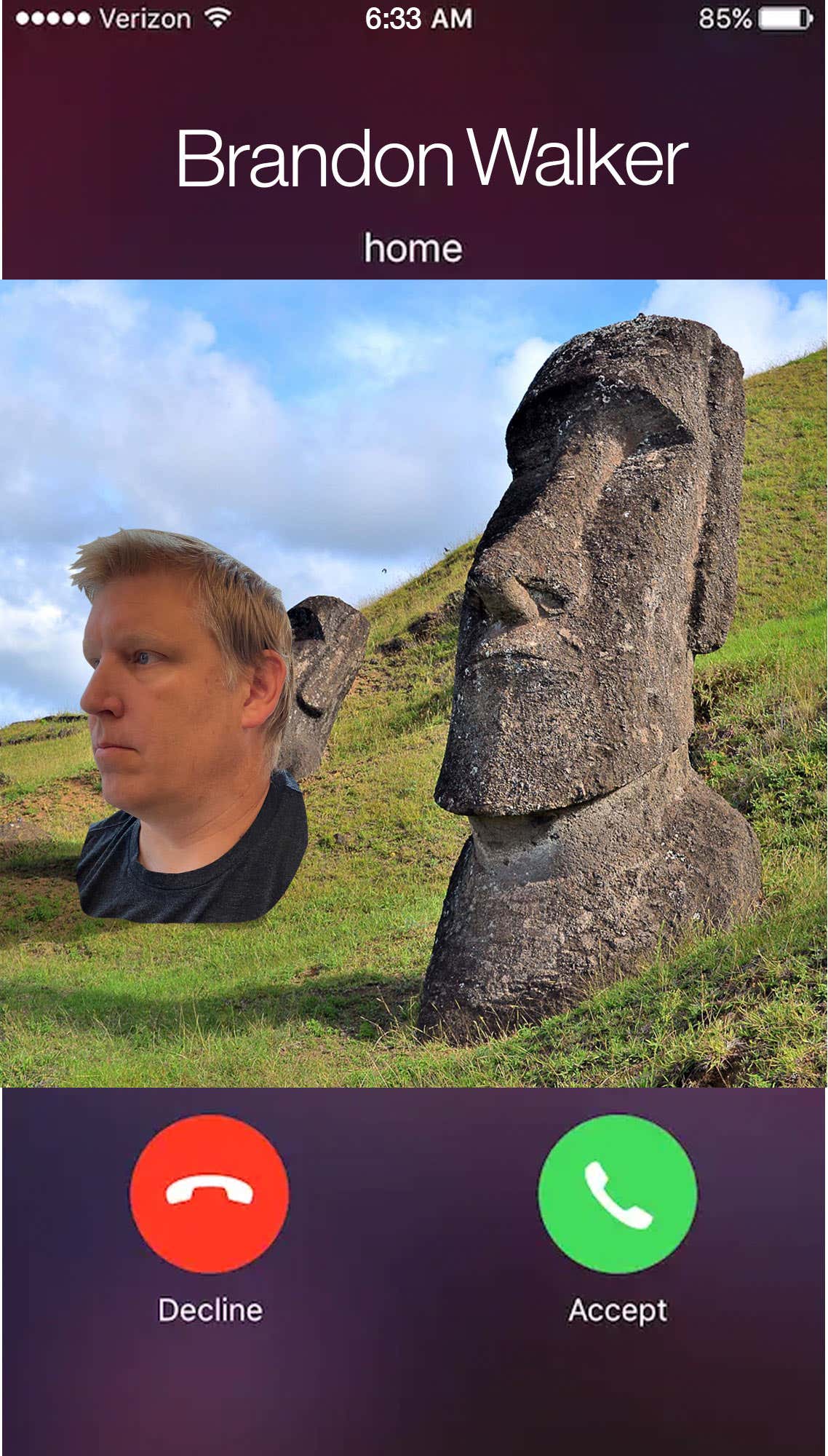 "Goddammit this better be important". You press accept call.

"Hello?", your voice cracks, as it's the first time being used at full volume.

Call Him Back and complain.

Go Back to bed 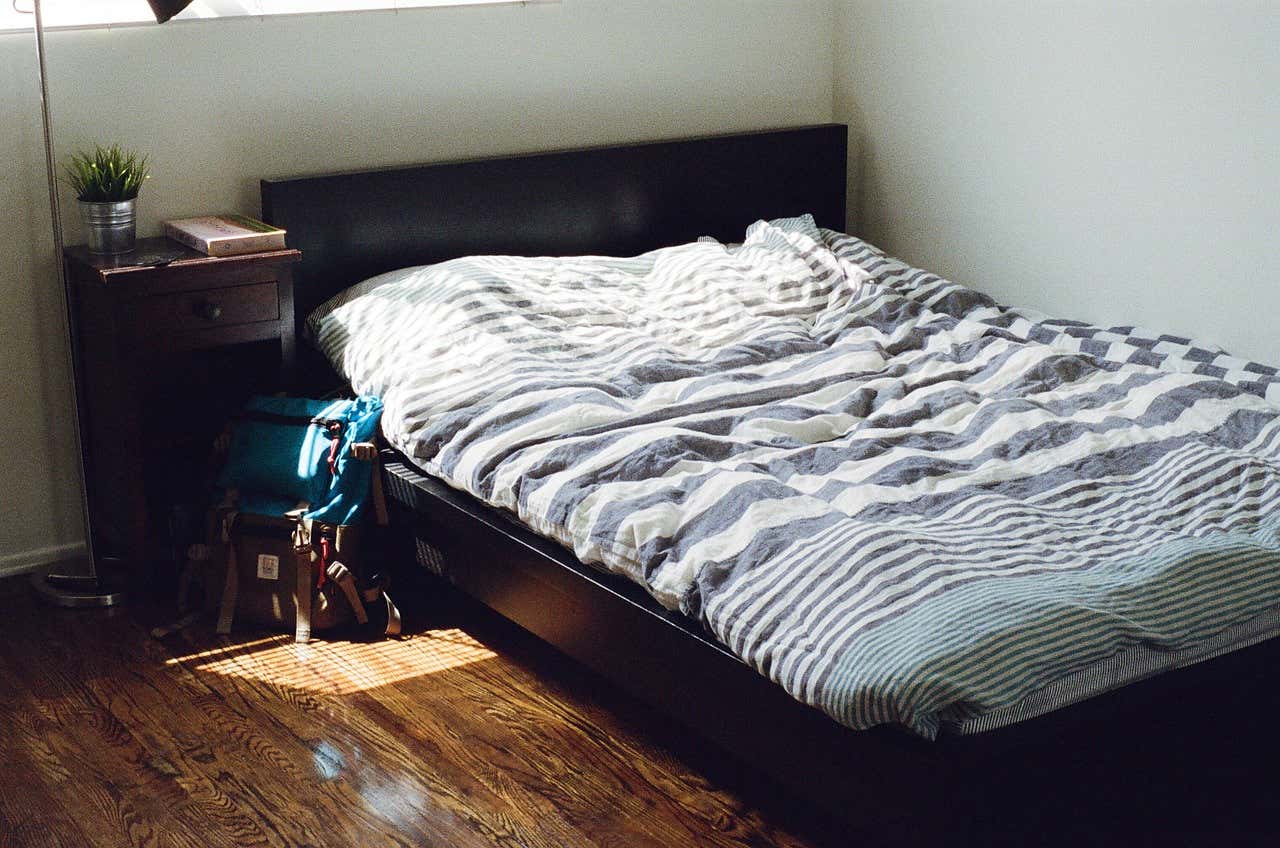 You struggle to fall back asleep, irked that Brandon certainly called for no reason whatsoever. Minutes turn to hours, as dark turns to the warm aurora of dawn. The bags under you eyes will certainly be called out by the comment section, comparing your sockets to the small opening at the end of a rectum. Probably best if you stay home today.

Go in to the office.

You walk into work, head down as you pass the harsh glare of Jeff D. Lowe, who is writing a scathing review on God Friended Me. Puttering to your desk, the familiar whiff of Axe Phoenix catches your nose. Brandon is near. You look up and see him. 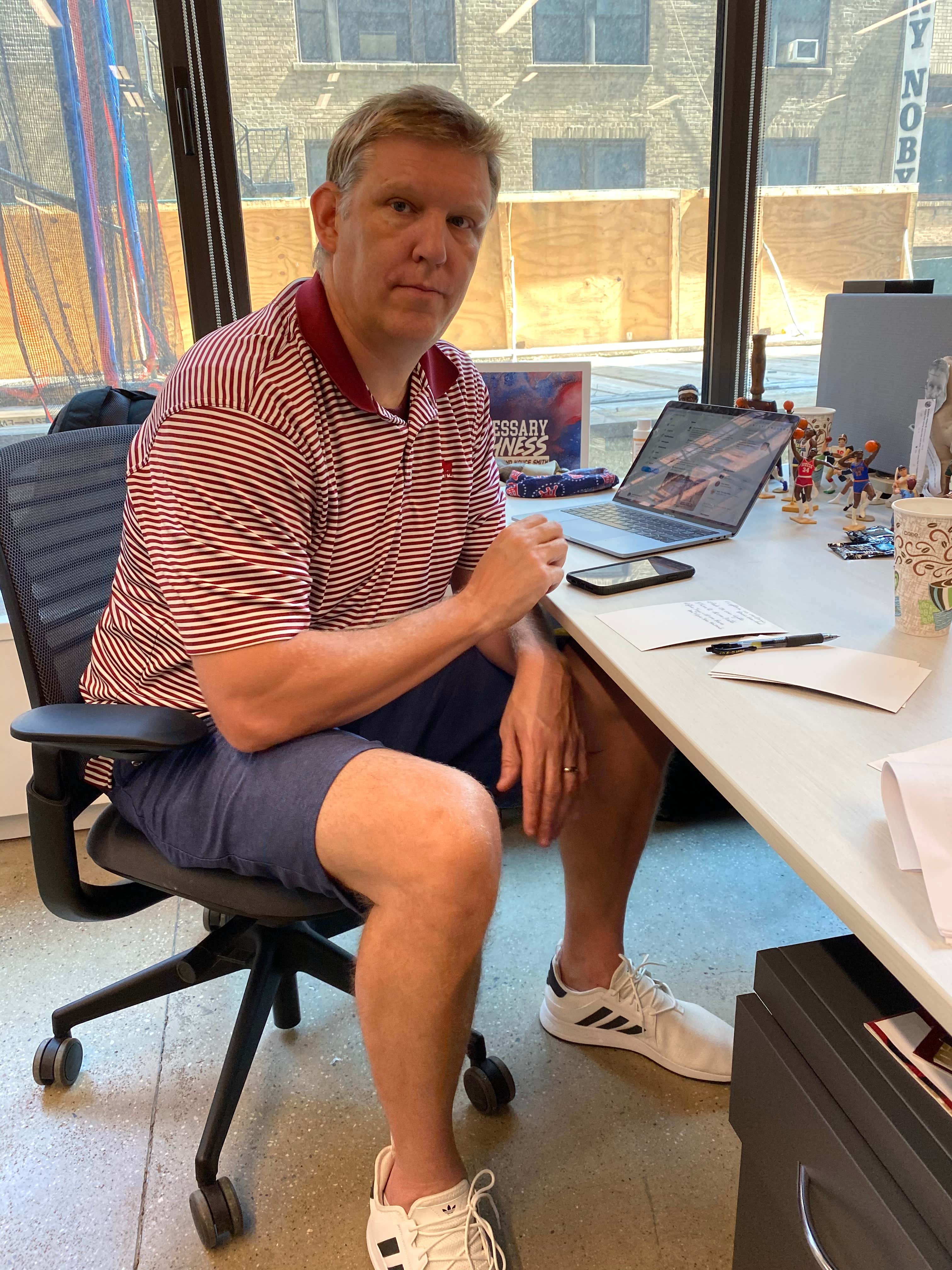 "Hey Brandon", you say, hoping he doesn't try to tell you a shitty joke he's spent the past week workshopping.

"Brandon please no. People just fucking roast me. They hone in on my biggest insecurities with laser precision."

Before you know it, he grabs you with his well moisturized hands and plops you on his youthful thighs. 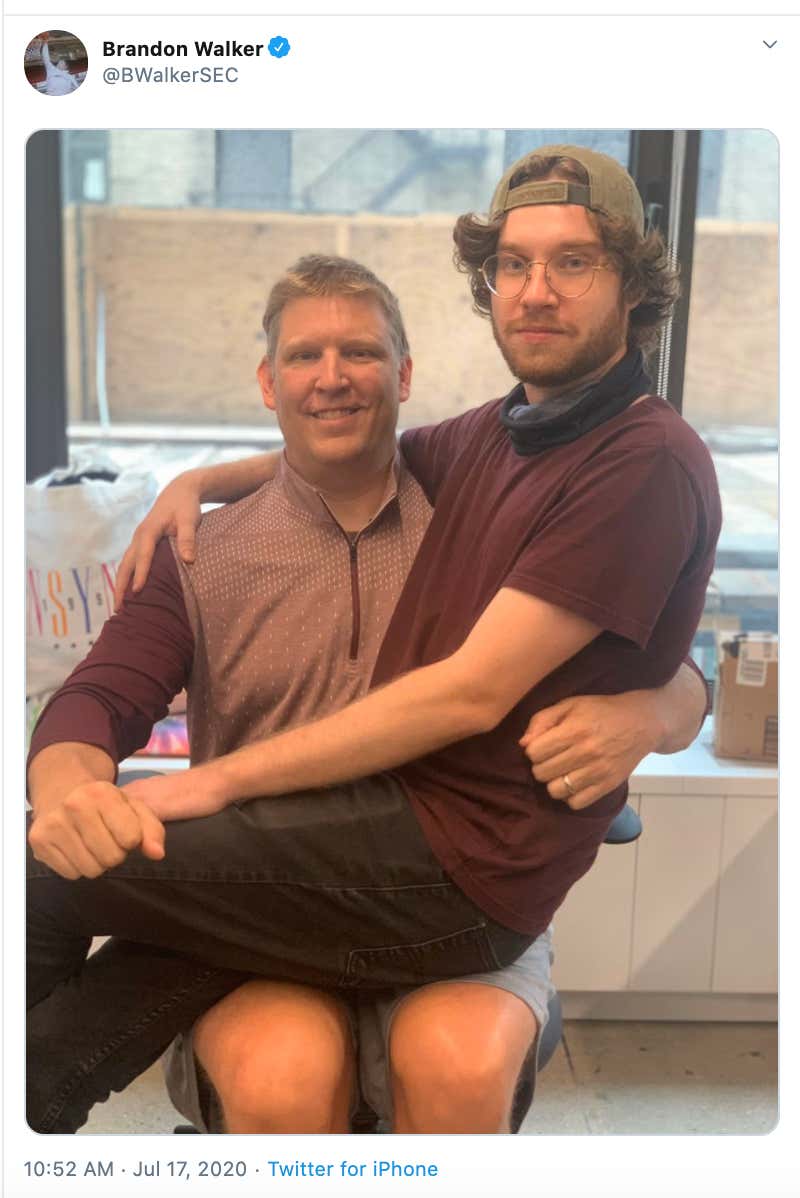 "See? Nobody is gonna make fun of you."

"I fucking told you Brandon".

Internalize the comments, although you know how unhealthy it is.

Internalize the comments, although you know how unhealthy it is

"Damn, they're really roasting you", Brandon says whilst laughing, particles of spittle and Chick-fil-a spraying out.

"Really? I don't read the comments", you utter, fighting back a storm of tears.

His abdomen looks like a ziplock bag filled with Elmer's Glue.

He puts on one of his wrestling t-shirts that astonishingly come in adult sizes. 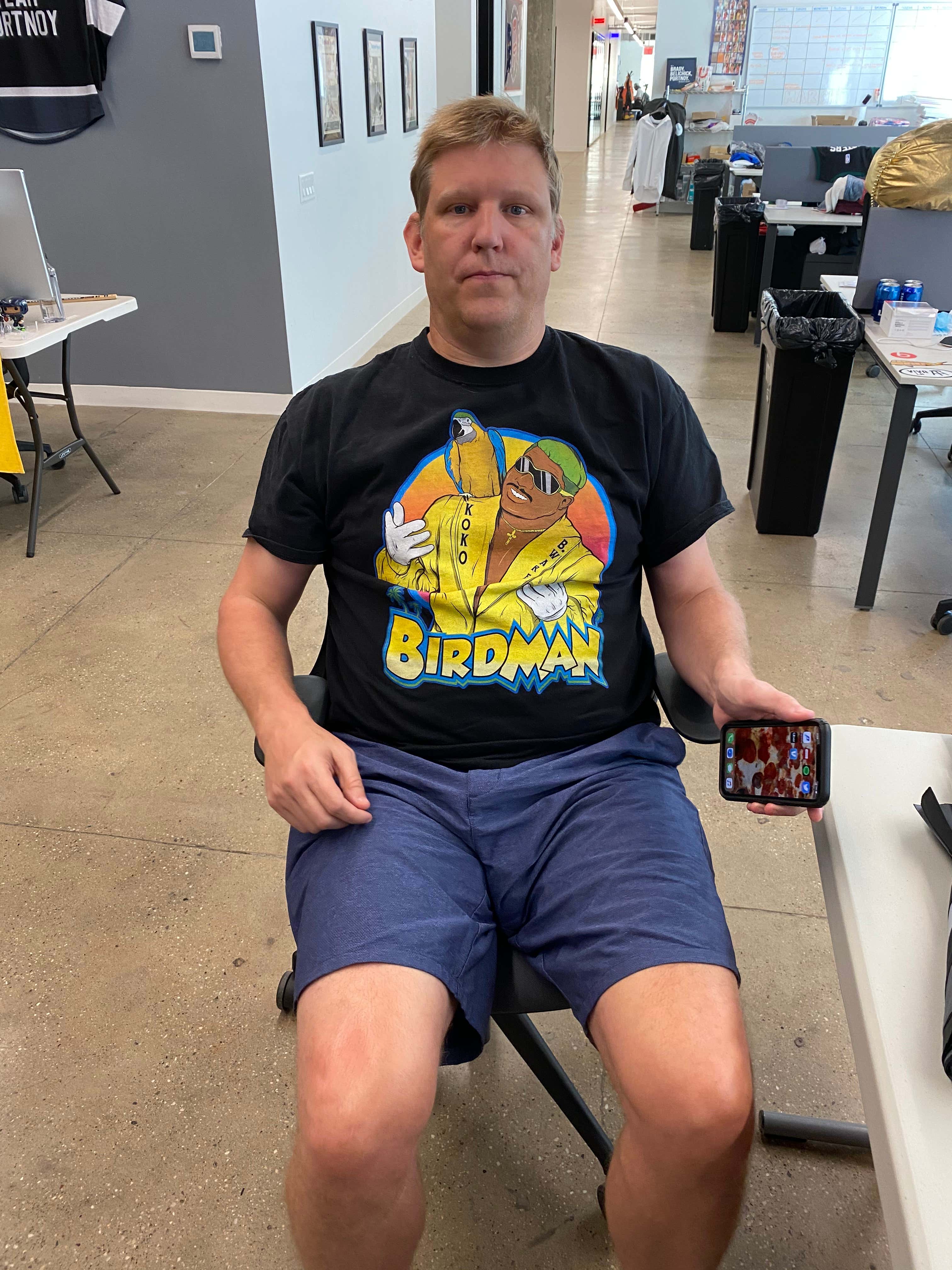 "Koko B. Ware", he says confidently, "Did you know that he made only one pay per view appearance as a tag team member? A loss to the Headshrinkers at the 1992 Survivor Series."

"In what fucking universe is it okay to call me this early?"

"Nothing to say? Not so funny when you're on the other fucking end of it huh?"

You hear his breathing start to increase and become shallower.

"Is talking on the phone exhausting you? You out of shape piece of shit."

You hear a loud collapse come from the other end of the phone, knowing what you've just done. Lashing out at Brandon as his only real friend has broken his incredibly large heart (figurative and literal), ending him instantly. You now must live your life filled with guilt. "If only I had been more patient with him…" 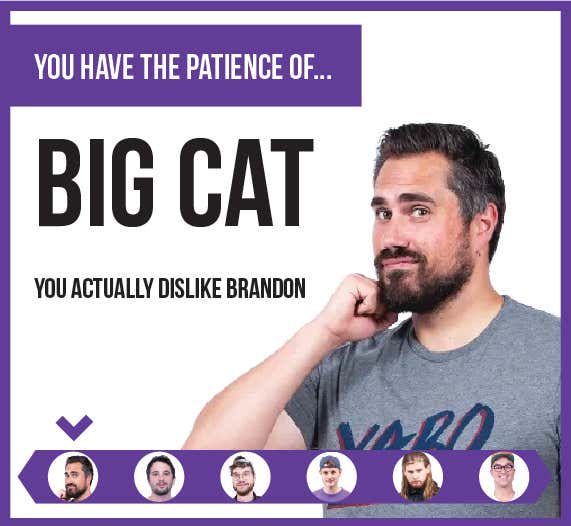 You decide to work from home. Being the responsible employee you are, you text your work group chat, letting them know you won't be in the office today.

Caleb responds with a GIF of a frowning Minion.

Soon your phone rings, and you see Brandon's name once again. You pick up and hear sobs. "I needed you to be the weatherman on my show today. I can't believe you've betrayed me like this."

Irked, you respond "Why don't you be your own damn weatherman on YOUR show Brandon?"

You hear a whelp before an abrupt hang up.

Later you get a call from Big Cat. You pick up immediately. "Hey Dan, whats up?"

"Did you hear about Brandon? Stood up too quick to go do the weather from the host's desk. Apparently his iron deficiency caused some serious vertigo. Fell and hit his head real hard man."

If only you did the weather. 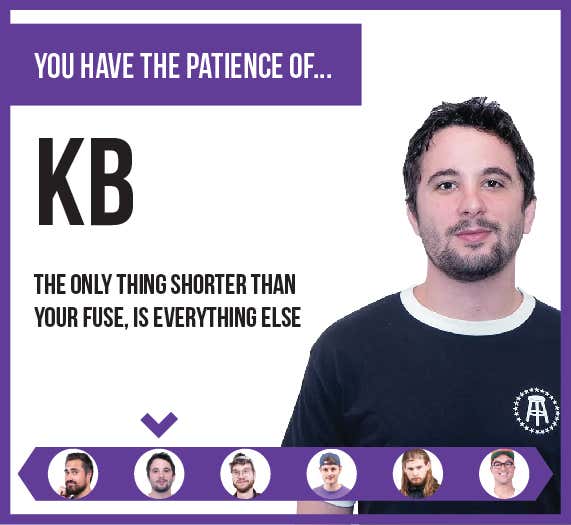 Dejected, Brandon walks away, arms dangling by his sides. And that was the last time you saw him. The mystery of what happened to him haunts you for the rest of your life. 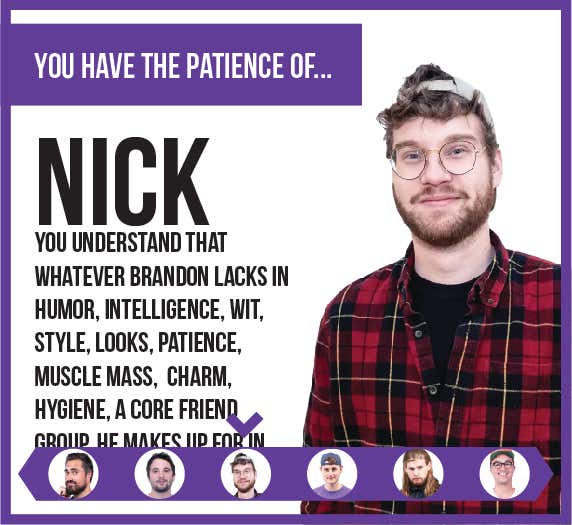 "I told you this would happen Brandon. Thanks a lot for ruining my day."

Brandon instantly brings his hands up to his eyes to hide his falling tears, dropping a bowl of lomo saltado. Rice and steak go everywhere. The lid rolls over to your feet, on it, a post it note reading Too My Closest Freind, with your name following. Devastated, you try to apologize, but the damage is already done. 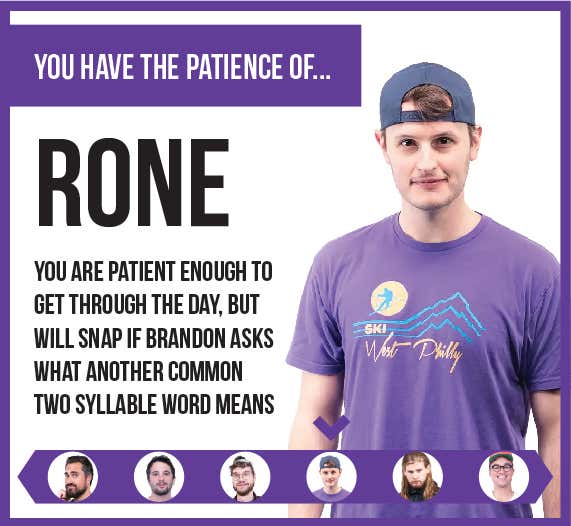 Why Would I Ever Know That?

"Why would I ever know this? Why are you acting like this is common knowledge?", you say, unable to contain yourself anymore.

"I just thought it was a fun fact!", he rebuts.

"Explain to me how this is fun? What about that was fun?"

Brandon runs away. You instantly know you've lost your cool.

As you leave for the day, you see Brandon's wrestling t shirt. Balled up and in the trash. You know you may have destroyed the last shred of Brandon's childlike wonder. 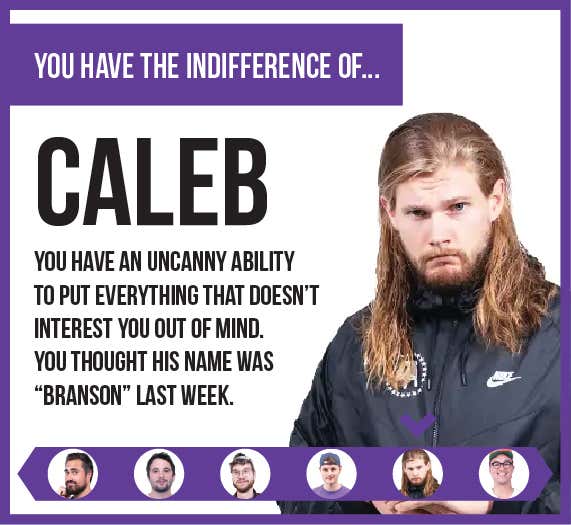 "Huh! I never knew. Thank you for sharing that. You are quite knowledgeable on wrestling. Color me impressed."

His day is made, and your happiness is short lived, realizing that you have to repeat this all over again tomorrow.

You should've been meaner to Brandon. 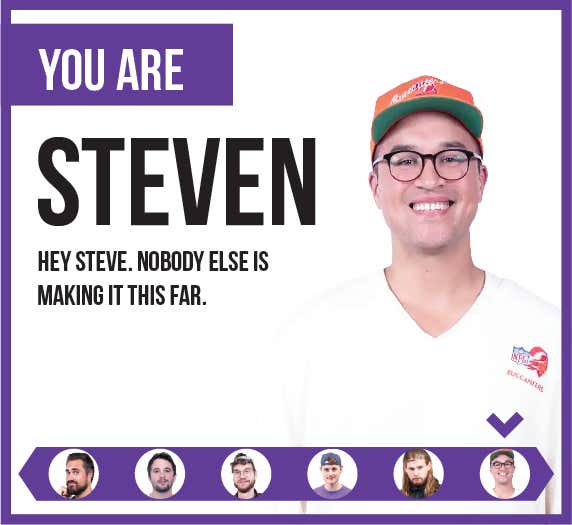 Choose Your Own Adventure+ 3 Tags