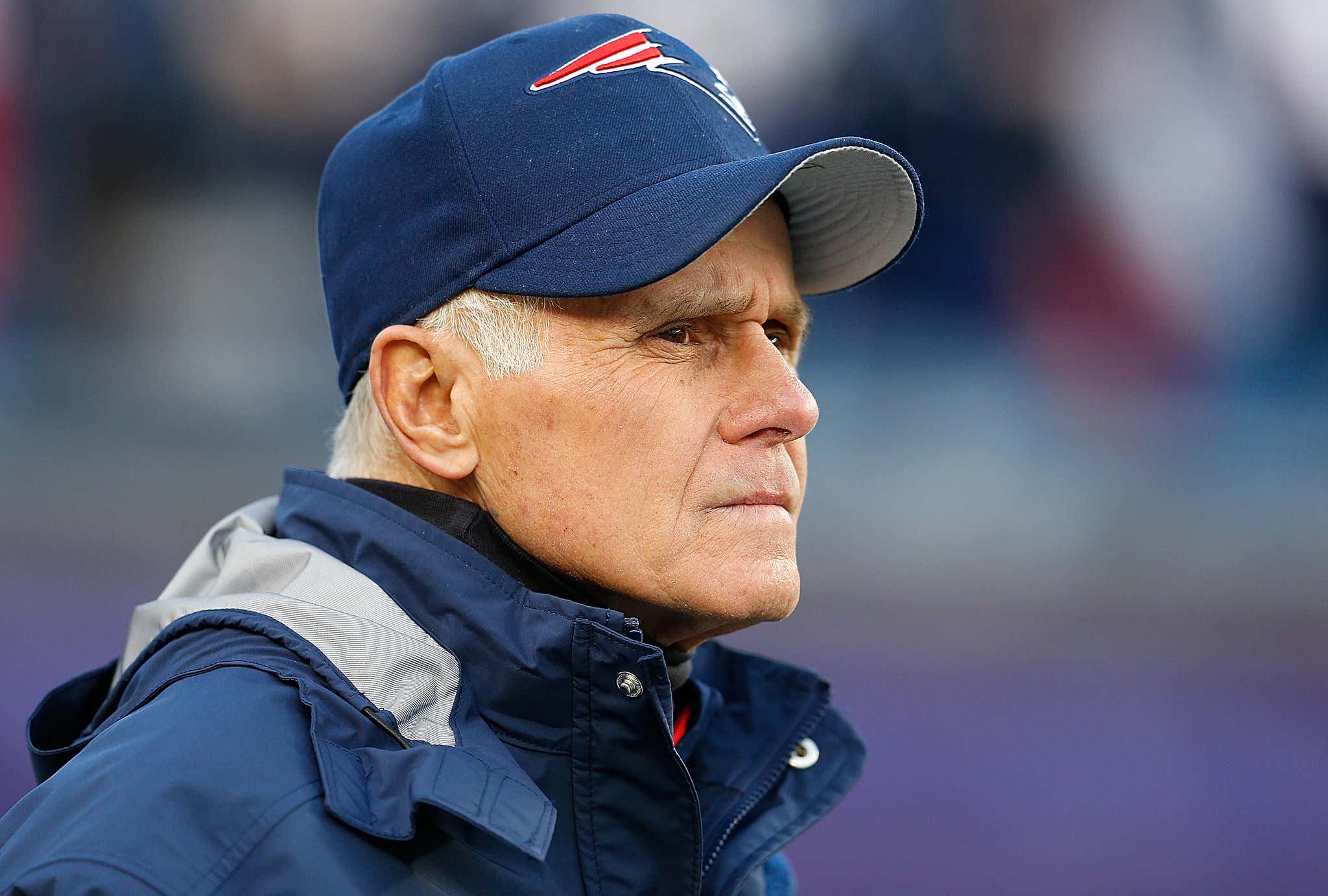 If there's one benefit to the retirement of the greatest position coach in the history of pro football - and believe me, it's a stretch to say that there could be even one benefit - it's that we get to hear more from Dante Scarnecchia. And by that I'm not talking about him going full Al Swearengen every time one of his linemen screwed up in practice, so loud that it set off car alarms in the parking lot. I'm talking about him giving interviews he only rarely did before. Like this one:

It's all good. But personally I skipped the appetizers about how much respect he has for the Patriots who opted out in order to save room for the main course: Who has the advantage in the battle for the QB 1 job. [Via Mike Reiss]:

“I think [Cam Newton] has a huge edge, because of what he’s done in the league. The guy was an MVP [in 2015]. We played against him a number of times, have a huge respect for him as a player and leader, and the things he’s done. This guy, from a skill set, a lot different from guys we’ve had in there at quarterback over the years,” he told Medow. “[Jarrett] Stidham has great feet and ability to move and avoid the rush, and create and do a lot of similar things. I don’t think he’s to Cam’s skill set, but this guy is a pretty good player. He also has a tremendous work ethic and he’s a smart guy. I know this, you have to be a smart guy to play quarterback in that system. Having said all that, the cupboard is not half empty by any means. I think there is a lot of enthusiasm. The situation looks a lot different than it did two months ago.”

Damn. I've been perfectly comfortable sticking with my belief that it's anybody's competition and may the better man win. But Scar is not just another unemployed coach spouting opinions into a microphone. He's a Coach Emeritus. The insider's insider. And there is no doubt in my mind he's still Belichick's war time consigliere. If he told an interviewer Belichick is bringing back the Wishbone and Tom Landry's old Flex Defense, I'd start searching football history books on Amazon.

That's a long way from saying Scar is handing Newton the starter's job.  I think with the short window for evaluating talent and no preseason games, the lack of experience for Newton in this system and the lack of any NFL playing time for Stidham sort of cancel each other out. And to hear Scarnecchia talk about it, the staff still remembers the two times they faced Newton and the two times they couldn't stop him. He completed 72% of his throws for 525 yards, a passer rating of 128.2 and six touchdowns, while rushing for 106 yards and another TD. And those performances are his leg up over Stidham. Like with Wes Welker and a few other veterans over the years, Belichick is attracted to players who have beaten him in the past.

Nobody knows for sure. And Scarnecchia might just be saying what he'd do if it were up to him. But "huge edge" is pretty unambiguous. It's still possible that Kung Fu Master Bill will ultimately decide that Newton's mighty panther powers are no match for young Jarrett Stidham's tiger skills. All we know for sure is what a pretty connected insider is saying and what we might get to see in practice. If they ever get to practice. It's a damned shame if the position battle of our times never takes place or if it plays out behind closed doors. Stay tuned.