Well god damn, lots of NFL/Corona news dropping today. Right on the heel of OBJ questioning if the NFL should play at all this season,

Mark Davis has now announced that they will not allow any fans inside the Raiders new Death Star if the season were to play out as normal. 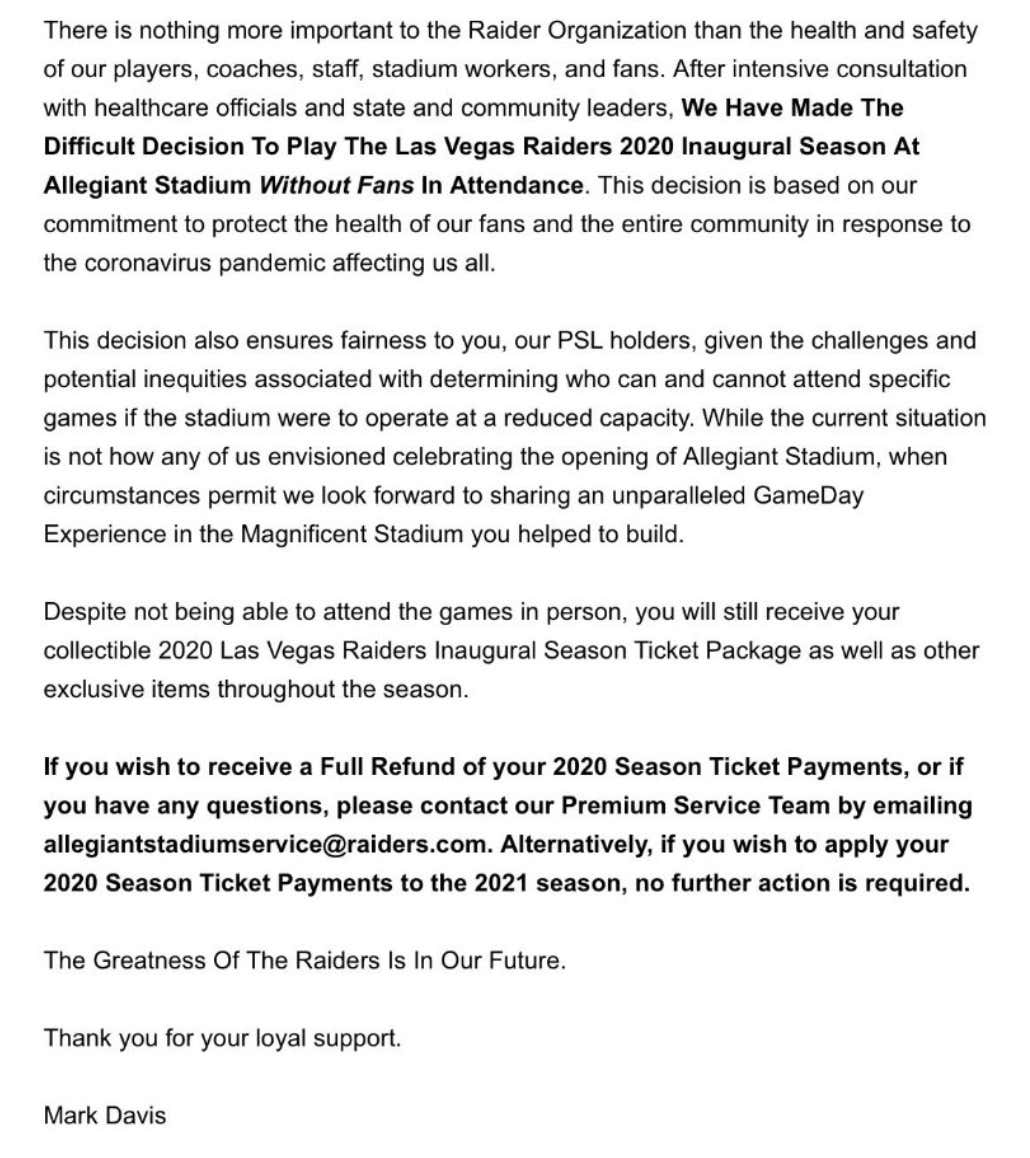 I could very well see this becoming more and more the norm as the owners try to compromise in order to make sure the season happens at all.

And obviously it makes sense. You don't want to be the team that allows fans in and sparks a ginormous outbreak and ends up cancelling the season all together. I mean the fucking Marlins couldn't stop an outbreak and they are a baseball team in front of no fans, the NFL has a much bigger problem on their hands, so props to Mark Davis for getting well ahead of it.

This should be a message coming from Goodell, but obviously he's going to drag his feet and show zero leadership. I would be shocked if fans are allowed into any stadium…ok no, I won't be shocked because quite literally no selfish human behavior would shock me at this point. But sacrificing one year of fans in the stadium is without a doubt the way to go.

We all thought hockey and basketball and baseball would look/sound weird without fans…football will without a doubt be the weirdest. Hockey has been awesome. The NBA and MLB have been fine. Football will be eerie. But we'll get used to it. It'll feel weird at first but at the end of the day, they're still playing the sport and we're still fans whether it's live or on TV. It'll be fine.

And if they don't play, it'll be a bad, bad few months to be an item menu at PF Changs.