TMZ - Aerial performer Sam Panda got detained by Myrtle Beach police for her revealing swimsuit, and she had to have a long thong debate to get released.

Sam says "some Karen" called the cops on her for her bikini, and the video starts with her being walked away in cuffs as she and her friend ask for clarification.

The cops actually busted out their law book and claimed Sam was violating an ordinance about being nude on a public beach, and one officer equated her thong bikini to nudity.

Sam objected, and after pointing out that her private parts were all covered up, the cops called for backup. Yes, they needed backup ... over the exposed backside.

Sam believes the woman who reported her "decided that my body was offensive to her and showed her child that her body could one day lead to her arrest."

If you click the link above you can watch the video because unfortunately TMZ no longer allows embedding of their videos onto other sites which is truly a shame, but understandable. But this is so weird because the entire time you expect there to be a twist, or a big reveal, or literally anything...but nope. It's just this woman being handcuffed for wearing a bikini on the beach. That's it!

Wait, I take that back, there is a twist. The twist is the cop takes out this binder and starts reading off the law...

…and he lets her know she's not allowed to be nude. Now, you might be wondering why he didn't take a look at her and run through the options in his head. Make a little mental flow chart that looks something along of the lines of this: 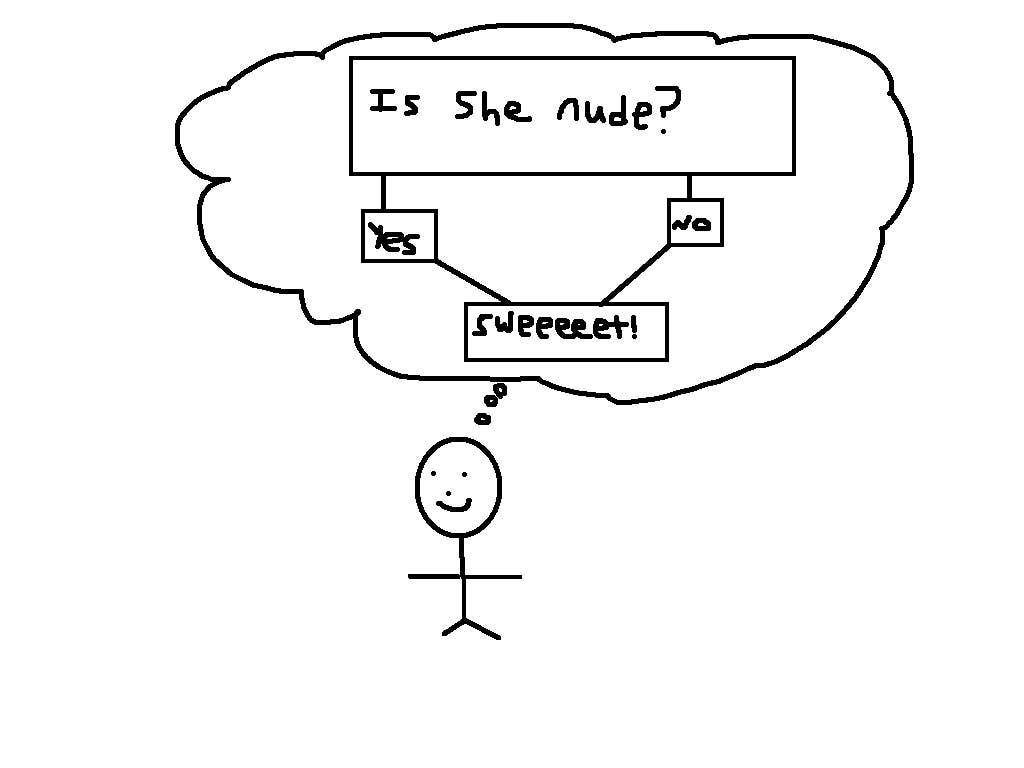 And then just go on with his day.

I mean obviously you can't be nude on a non-nude beach, but the fact they handcuffed her because some dopey lady was "offended", like holy shit. If anything arrest the dopey lady for calling the cops on someone wearing a bikini, good lord, what a waste of resources.