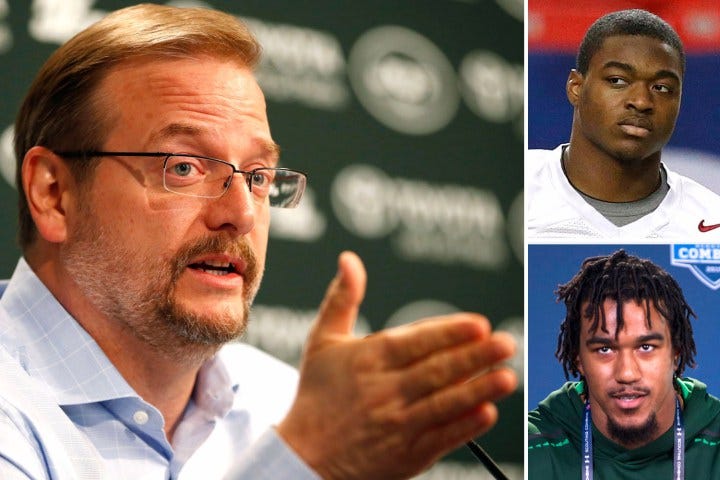 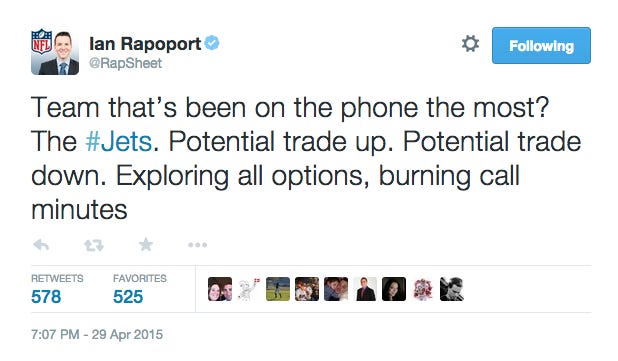 Last year’s draft was an unmitigated disaster. You can still hold out hope for Jace Amaro to be a contributor, but other than that, 2014’s draft was an insane waste of time by John Idzik. The year prior to that saw the Jets landing Boss Hogg Sheldon Richardson but it also saw a top ten pick go right down the toilet with Dee Milliner. Prior to that was Quinton Coples, who’s underachieved every year in this league along with Stephen Hill who may have had the worst hands in the league. 2011 landed Muhammad Wilkerson, no beef there, and 2010 was maybe the worst 4 pick draft ever with Kyle Wilson, Vlad Ducasse, Joe McKnight and John Connor.

The point being that the draft has been very much a hit or miss proposition. As it is for every team, but its very exaggerated for the Jets. The past 5 drafts has seen either a couple major playmakers or a thousand busts, not much in between. But for the first time in a long time, I’m totally at ease and confident heading into this draft. In his short lived tenure as GM, Mikey Mac has done nothing but improve this team. In a very active, very aggressive, intelligent way. And now he sits at 6 with about a million options. In all likelihood, he wont have to even worry or be tempted by Jameis or Mariota. Neither of which are the type of guy I think they are going to trade up for. Fielding offers to possibly trade down, which is always a safe move if there isnt that one impact player your team desperately needs. With their defensive line set and not too many other positions of desperate need, trading down seems very possible. Or they stay put at 6 where the should have multiple options that look promising. With 2 top notch WRs in Kevin White and Amari Cooper, one should still be available. With 2 top notch pass rushers in Dante Fowler and Vic Beasley, one should still be available. There should be a handful of good options and a relatively easy, safe choice at number 6 after seeing how the first 5 shake out. Oddly enough they seem to be “set” in a lot of ways which makes them pretty flexible.

Of course, as always, the problem with this team is at quarterback. But people always act like if you can’t solve your problem at QB then everything else is completely pointless. Like it doesn’t matter at all what you do until you have a quarterback. Mike Maccagnan should just not even bother doing his job otherwise. So dumb. You can’t snap your fingers and fix your franchise cornerstone problem, but you can still vastly improve this team at 6. Assuming Amari Cooper is off the board, I’d like to see them take Fowler or Beasley and attempt to fill the only hole that their defense currently shows. With no major impact O lineman at the top of this draft, and obviously no sure thing under center, fill that void in their defense. If Cooper is somehow available I think they get a lot of very good trade offers or end up taking him themselves and landing a potential major impact WR. If he’s not they should get the stud linebacker they’ve been missing. In any of those scenarios, I’m happy. It just seems like with the position they’re in, its hard to botch this first round. For once I’m at ease and completely confident with where this goes.