Before you go any further, there will be spoilers in this blog. So if you don't wanna know anything about what may or may not be going on with Clare Crawley's season of The Bachelorette, I'd exit the blog right now.

WHAT THE FUCK IS GOING ON WITH CLARE'S SEASON OF THE BACHELORETTE?????????

Holy shit. By now you've probably heard some of the rumors about what's going on, none of it has yet to be confirmed, but let's start at the beginning 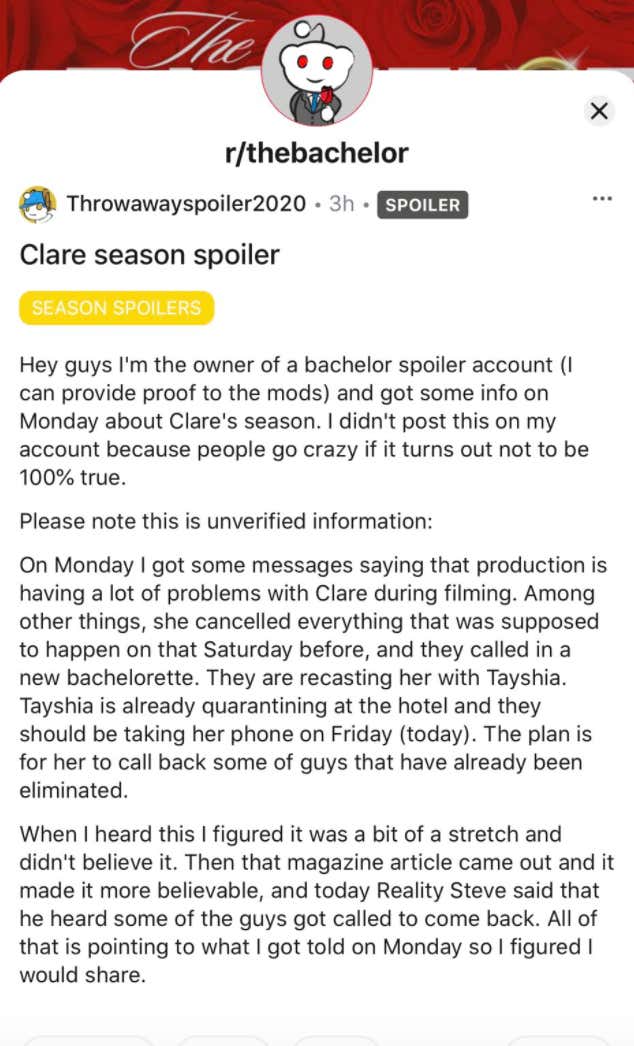 WILLLLLLLLLLLD. Basically saying that Clare fell in love so hard with one of her contestants that she was just like, "Nah I'm done. I'm in love so I don't wanna do this anymore." WHAT?!?!? As if Clare season wasn't embroiled in enough controversy with COVID delaying production and then all of the Matt James shit, now we've got this. Those are some JUICY rumors.

Then Reality Steve chimed in and said he'd been doing some digging, couldn't confirm anything but thinks the rumor has validity

That's significant because Reality Steve is connected as it comes when talking about the Bachelor Cinematic Universe so the fact that he didn't completely dismiss the rumor means there's likely some fire given all the smoke. 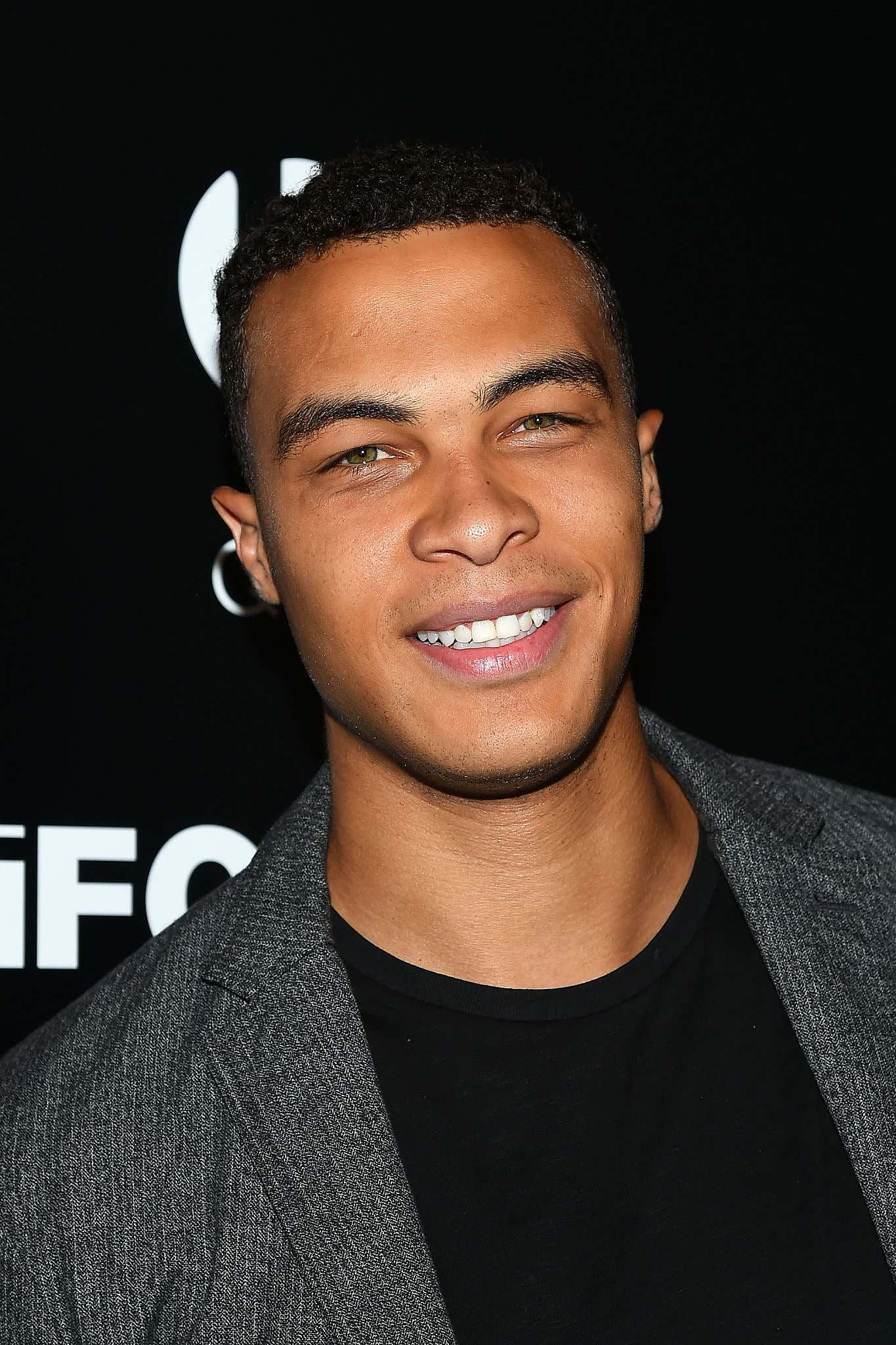 ABC is considering replacing Clare Crawley as Bachelorette amid recent drama in her first two weeks of filming, and a source exclusively tells Life & Style they already have Tayshia Adams on deck. While Clare already sent home a few of her contestants before “falling in love” with contestant Dale Moss, producers would like to “match [Tayshia] up with the bachelors who are left.”

Production is hoping to use the same set of suitors for the potential new Bachelorette because the lengthy casting process and new coronavirus safety protocols would further push back the already delayed filming. “Execs hope the guys will still want to participate” with the 29-year-old potential replacement because “it took them time to test them all for COVID and they’ve already been quarantined at the resort for 14 days,” the insider explains.

Tayshia was my pick for Bachelorette so I'd be pumped if she turned out to be the one replacing Clare.

Furthermore, Demi Burnett went on Instagram Live with Reality Steve on Friday night and said this in regards to Tayshia 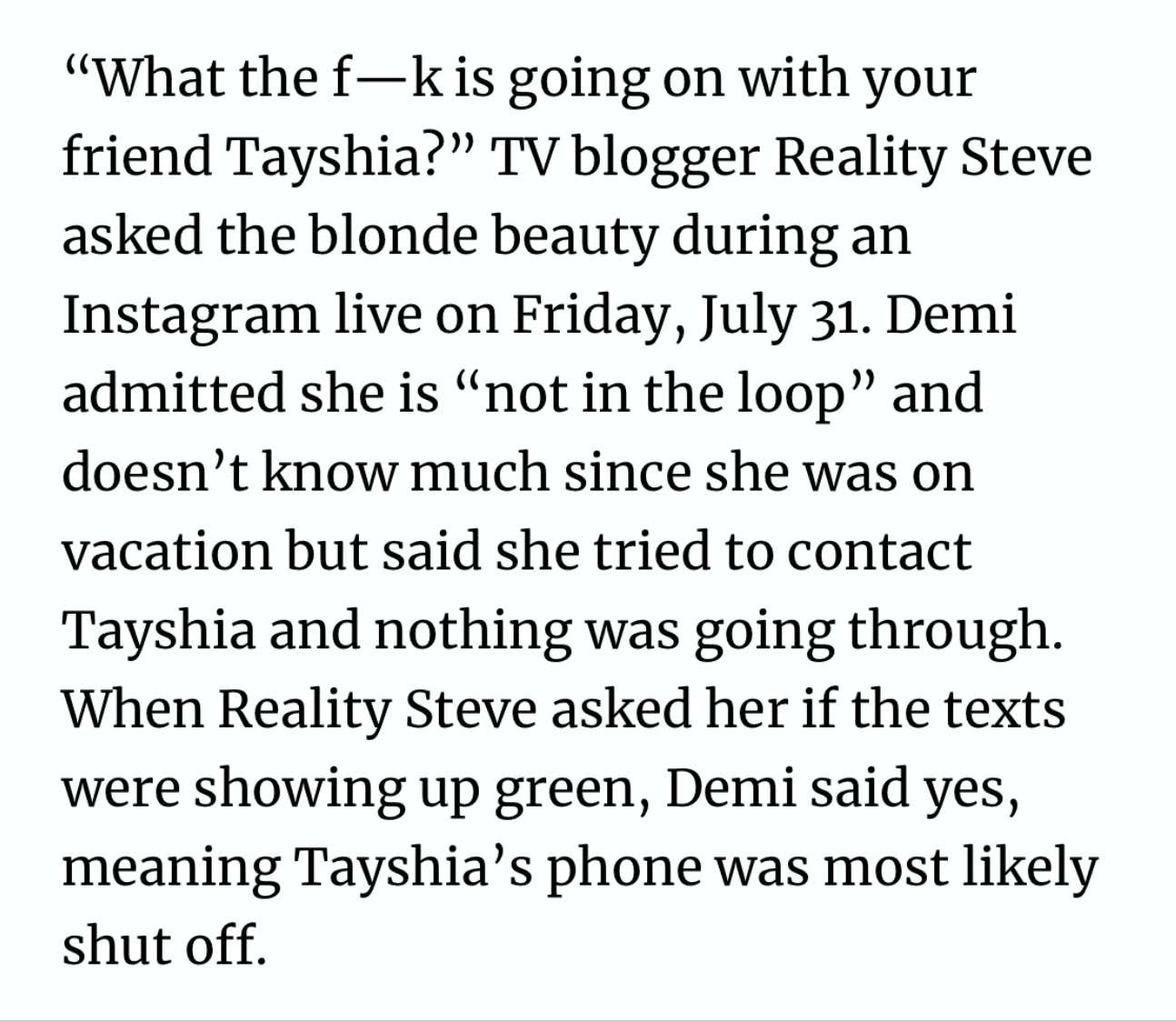 AND THEN last night Clare (who somehow has access to her phone, leading people to further speculate that she is no longer The Bachelorette) liked this tweet and added even more fuel to the fire 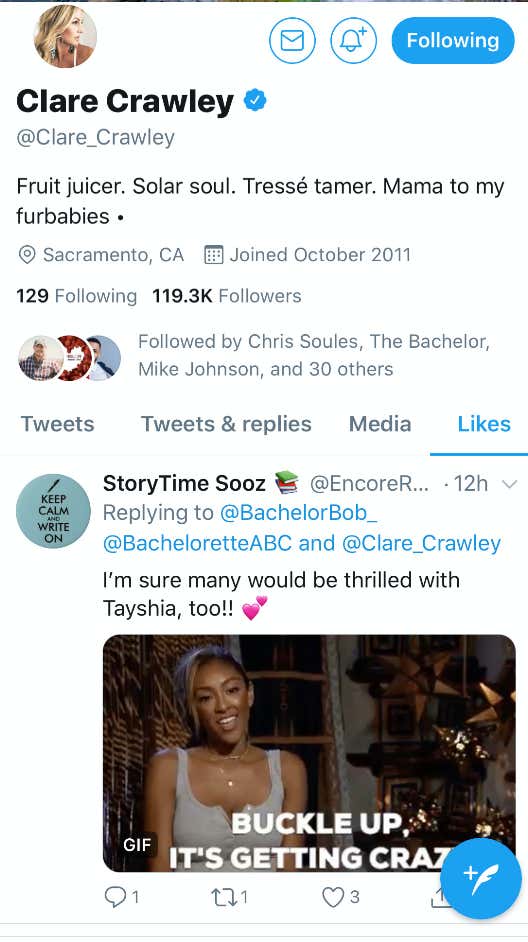 Clare has since un-liked the tweet after people caught wind of it. Hmmmmmmmmmmmm. Long story short, it's fucking madness right now in the Bachelor Cinematic Universe. Nobody knows what the hell is going on.

My opinion is that it's all true because I want it all to be true. And no, I have no inside information on the situation despite being the Luggage Guy. I don't think I'd wanna know anything the public doesn't know because it's WAY WAY WAY more fun to speculate. And honestly Clare falling in love, dropping out and Tayshia stepping in to be the new Bachelorette would be a blessing in disguise for the show. ABC would never say that publicly but it's 100% true. Clare has been a controversial pick for Bachelorette since the very beginning and the season lost a lot of steam after all of the Matt James drama. People were pretty much over Clare after that. But plug in a fan favorite like Tayshia? Now we're talking. People would be very excited for that.

Bottomline, I love this shit. The Bachelor has once again found a way to dominate headlines during a time when the show isn't even on. If all the rumors end up being true, I hope they show everything once it airs. I hope they include all of the Clare dropping out drama and Tayshia's arrival in the upcoming season. If I know this show like I think I do, they'll do exactly that. Best goddamn franchise in the world and it's not even close.