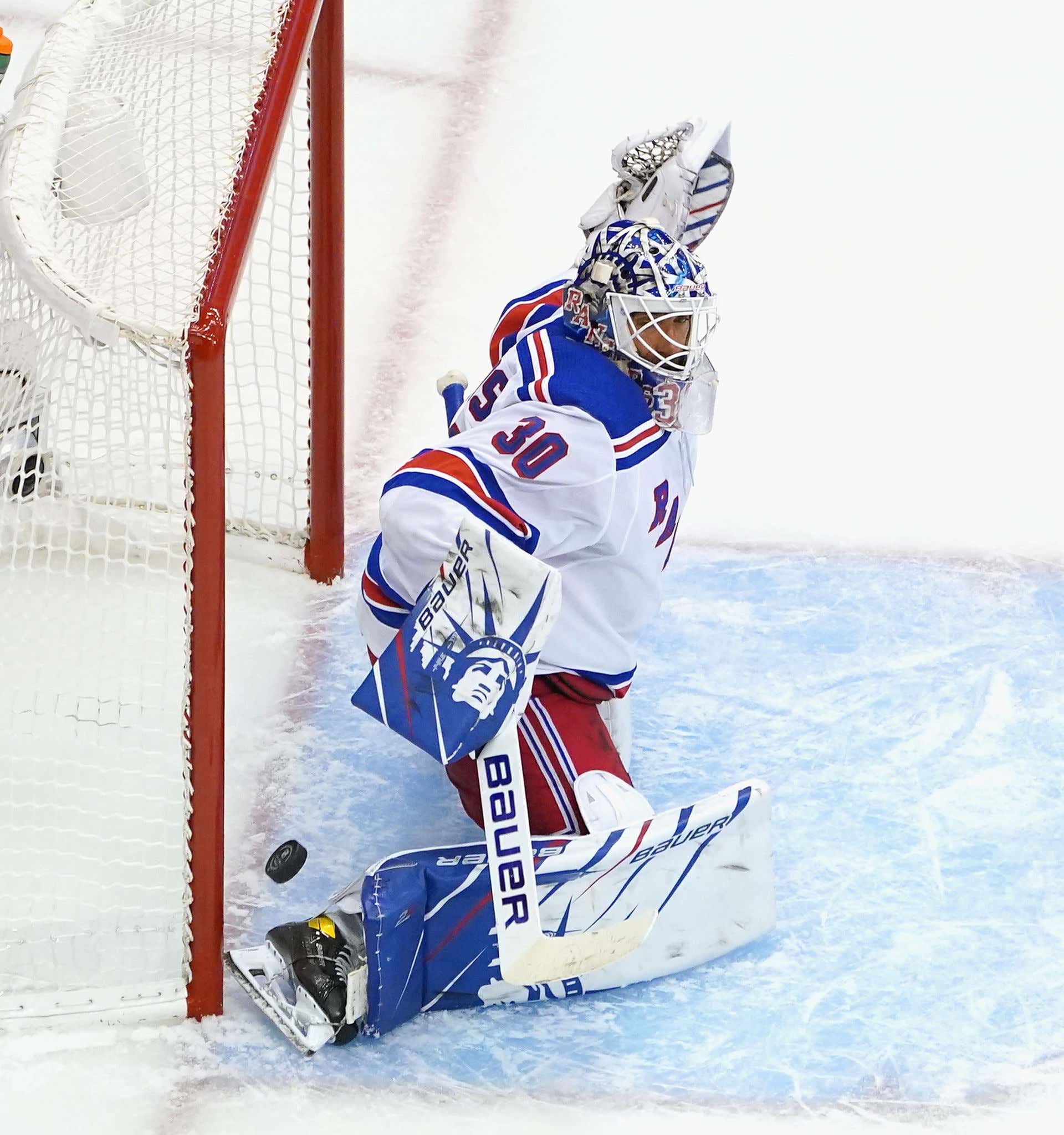 In my series preview post, I declared the Carolina Hurricanes "weren't ready". While they didn't exactly blow the doors off the Rangers in the opener there's no denying I was wrong. It was the Blueshirts who weren't ready. The Canes took it to them as soon as the puck dropped, with former Ranger Brady Skjei blowing up Jesper Fast before Slavin tucked one high on Hank barely a minute into the game. Shortly after, playoff vet Justin Williams fired up his boys even more with a scrap and I'm not sure Quinn's squad knew what hit them. The rest of the way it was a gutty but sloppy effort, in large part by the big names they rely on the most, that was certainly undeserving of a mere one-goal loss let alone victory.

Now, in a five-game series, they're staring at a must-win game to make this a best-of-three. In a usual series an 0-2 deficit isn't as big of a deal. Still plenty of games left and a potentially favorable change in venue. Go down a pair though in this format, there's no home crowd to turn to & help you climb back into the series. Same empty arena, just a different color sweater & the last change to kickstart having to win three straight. Not impossible but not ideal, especially as an inexperienced underdog.

With Fast out, Kakko and Gauthier should both see promotions on the right side so they'll be even more reliant on youth than usual. Both stood out though in Game 1 so I'm eager to see what they can bring with bigger opportunity. As far as the biggest question coming into today, Rangers playoff staple Henrik Lundqvist will be back between the pipes to give his squad a chance at bouncing back. With Igor Shesterkin unfit to play, Hank was excellent Saturday getting beat on three relatively unstoppable goals. He'll have to throw it back to his game-stealing days though if the offense can't gel like it did for a long time before the season was shut down.