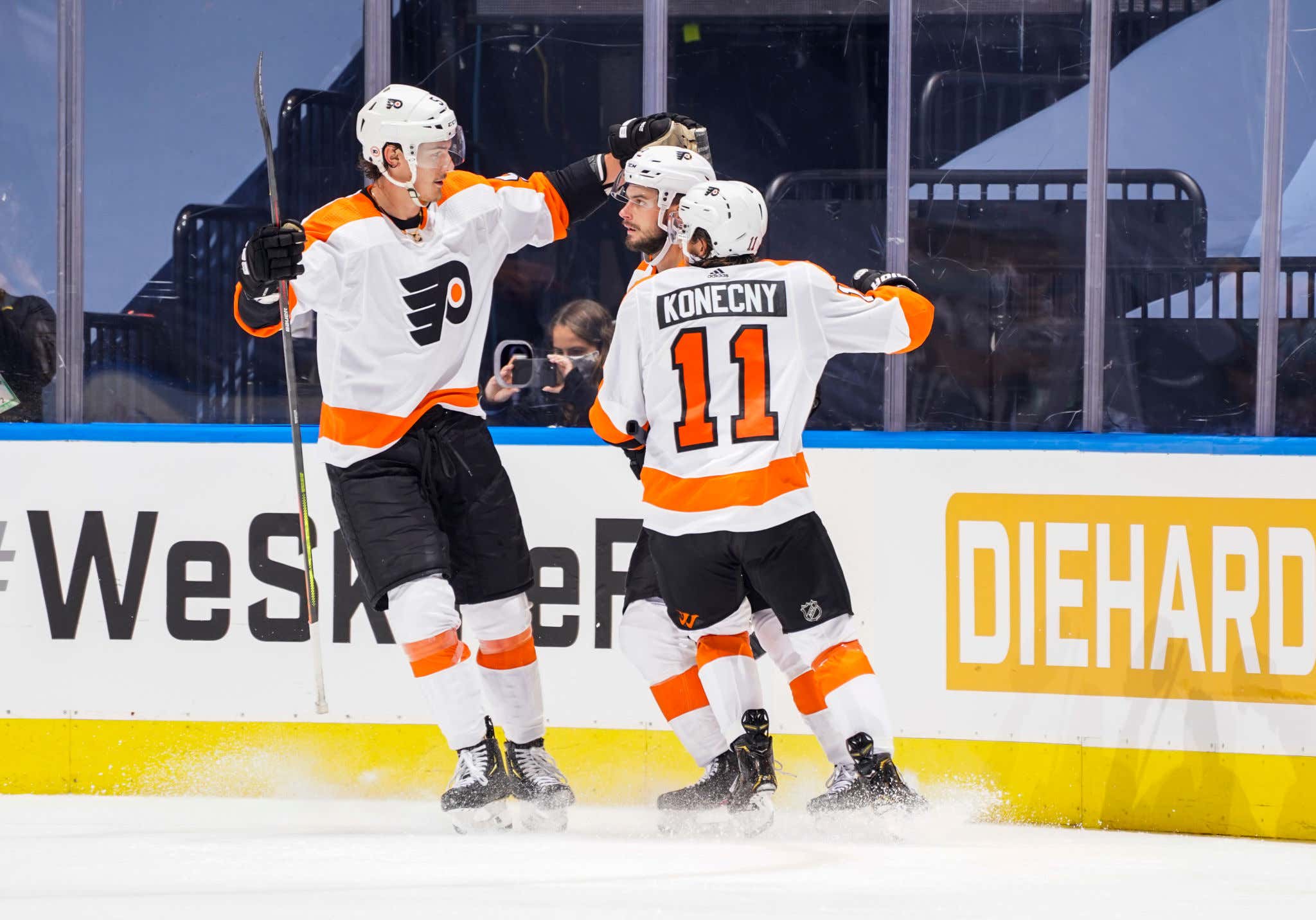 Two takeaways from today's round robin game between the Flyers and Bruins. 1) The Flyers are an absolute fucking wagon and are just so much deeper than Boston all over the ice. And 2) the city of Toronto might need to start billing the Flyers for all the corners they have been murdering. I mean if they keep up this pace for the entirety of the Stanley Cup Playoffs, there's no way the city budget will be able to handle having to replace the nets after every single game.

Phil Myers should probably be expecting an invoice.

The best part about this goal is that the Bruins were just finally able to sneak one past Carter Hart with a preposterously lucky bounce. As ugly of a goal as ugly can get but it still put the Bruins on the board in the final 2 minutes of the 2nd period. A lucky bounce like that late in the period can totally flip the momentum of a game. So what does Phil Myers go out there and do? Splashes the shit out of that top left corner right off the ensuing faceoff. Those dorks thought they'd take some momentum heading into the intermission and Phil Myers said sit the fuck down.

And then there's also Scott Laughton who should be expecting an invoice in the mail.

Phil Myers went blocker side, Scott Laughton figured he'd even Jaro Halak out and snipe the shit out of his glove. I mean my god. That was corner homicide in the 1st degree. Grip it, rip it, snip it. It was honestly uncomfortable to watch out there. Poor Halak was getting brutalized on one end of the ice, and Carter Hart was dialed the fuck in on the other. One goalie out there today looked like a veteran who has years of playoff hockey experience under his belt and it sure as shit wasn't Halak.

Make sure to contact the Philadelphia Flyers mens professional ice hockey team for all your roofing needs and repairs.

This team is just so so so very deep. A Myers snipe and a silky smooth assist from Sanheim on the blueline. 3 goals out of the middle 6 group of forwards. Carter Hart a total wall between the pipes. And if for some reason the Flyers desperately need a lefty to go out there and win a faceoff, Claude Giroux and just flip his stick over and get the job done.

This team can do it all, including kicking the shit out of the Bruins for 60 straight minutes. Typically I'd be a little worried about feeling this confident in a Flyers team but this team has proven now that this is who they are. They're tough, they're skilled, they're deep as shit, and they have a true #1 goaltender. I don't know, man. I'm trying my hardest right now to talk myself down from getting my hopes all the way up but I can't think of a single reason. This team fucks and they fuck hard.